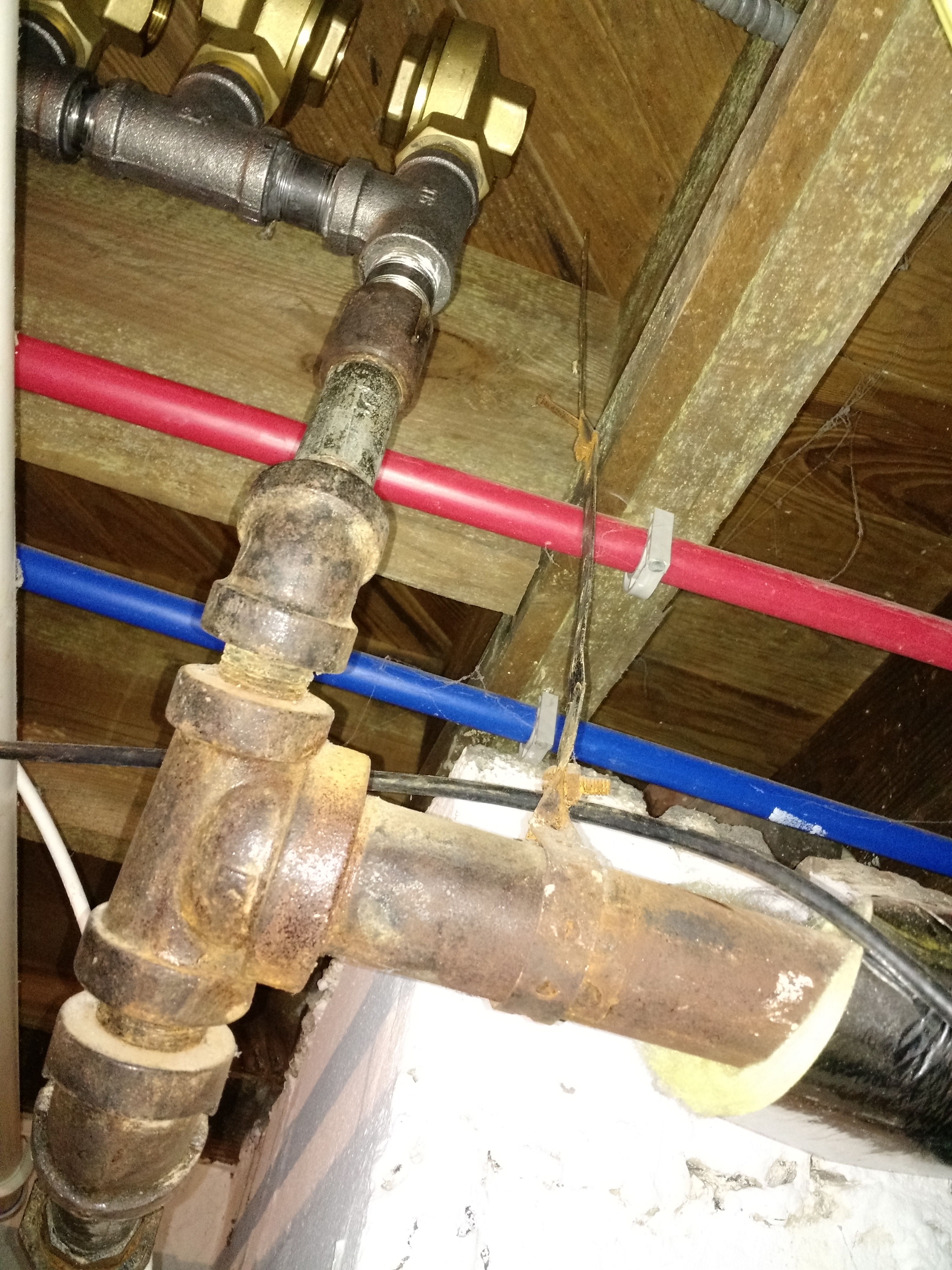 System facts: residential one-pipe parallel flow steam. A 2-inch branch main that goes into a crawl space to supply four radiators in a first-floor bedroom was not sufficiently heating the radiators. That 2 inch branch main had been the only uninsulated main in my house when I moved in last year. I have insulated it with about 1.5 inches fiberglass. I replaced the ancient, insufficient main vents, with three Big Mouths on the longer section (which includes this crawl space branch). My calculations show that I now have more venting with those three Big Mouths than the total capacity of the 3/4 antler, so venting there is excellent. On the shorter section I used a Big Mouth and a Gorton #1 which should also be venting about as much as I can get through the 3/4 inch antler pipe. I have pitched the radiators above the crawl space for proper return of condensate. I have replacd those radiator vents with Maid-o-mist 5l, with mid-size orifices as a guess at what would be a good starting point for those mid-size radiators. Those radiators now heat pretty well, but not as completely across all tubes and not as hot as the other radiators in the house. I also encapsulated the entire crawl space and sealed the foundation air vents and sealed the tops of the block walls and the sill band with closed cell foam panels, with spray foam to seal the joints of the closed cell foam. So I now have a well-insulated main in a warmer, drier crawl space than before, which should all be beneficial.

I installed a 0 to 3 psi gauge on the boiler, on a clean pigtail, a pressuretrol set at 0.5 and 1, and operating pressure of about 3 ounces when steam reaches the vents on the two mains, and about 32 ounces pressure when furnace shuts down upon satisfying the thermostat. The pressuretrol setting should shut off the gas at 1.5 PSI, but due to innacuracy of pressuretrols, it allows pressure to rise to 2 psi by the time the thermostat is satisfied. Eventually, when I get more of the main/return systems optimized, I will install a vaporstat in series and hope to run at well under 2 psi. But for now, it is what it is.

Oddly, after doing the work described above, the water hammer in the branch main in the crawl space became worse as I completed each component on the above-described work. Worst of all, this morning I saw that the three Big Mouth vents on the end of that branch main had dripped out about 1/2 ounce or maybe less of water, which dripped onto the basement floor directly beneath the Big Mouths. I do not know if the Big Mouths were hit by condensate that flew up the antler and out the vents, or if those gigantic Big Mouths simply condensed some water from the basement air when they heated up, and that condensed atmospheric water just dripped onto the floor. Two of the three Big Mouths are oriented so that their discharge openings face each other. Perhaps the warm air getting forced out of the the two openings that face each other was enough to cause the basement atmosphere to drip some moisture. Basement is about 65 degrees and relative humidity is about 35% in the basement, so at that low relative humidity, I doubt that the hot Big Mouths condensed basement atmosphere air into water that dripped.

I have not yet drained the return lines at the boiler, but plan to do so soon. I might not be able to insert a flushing fitting with a garden hose thread until the end of heating season. I do have a valve at the very end of the wet returns at floor level, where the wet return gets ready to rise up into the Hartford loop. For now, I will drain that valve and maybe pour some water into the beginning of the return by removing one of the Big Mouths and just letting poured water at gravity-force do some cleaning. The true flushing will have to wait until heating season ends (busy with so many other things).

I am also preparing to accurately measure for what is certainly some pipe sag in the main through the crawl space, and I will attempt to correct that as best i can in the very tight, limited space, by installing some new clevis hangers and carefully adjusting them.

But for now, can anybody suggest why water hammer is louder than it had been before I did that venting and crawl space work, and why the Big Mouths at the end of that crawl space branch main might have dripped water onto the floor?

In the attached picture, you will see that my only option for mounting the vent antler was to mount it where the old, totally inadequate Dole main vent was installed. The Dole sat on a nipple off the main. The antler sits higher than the old Dole sat, and the Big Mouths are about 7 inches higher than the top of the crawl space main. The antler is pitched slightly and should easily allow any condensate to flow down and into the return.

In the picture, which I had to take at an awkward upward angle, the pipe to the right is the last little bit of that crawl space main. The T down below the riser to the antler joins the end of the main to what becomes about a 30 inch length of slightly pitched dry return, and that then drops in a vertical dry return that becomes a below-water-level wet return within a foot of vertical travel, and then turns horizontal with a decent slope as it travels back to the boiler.
IMG_20170126_060723-2.jpg 3.7M