brainfog Member Posts: 13
January 2016 edited January 2016 in Domestic Hot Water
My New Year day party was to replace the gas water heater - which I placed directly on the floor next to the gas furnace (directly on the floor before I purchased the house). I've since learned that the lowest point of ignition for these appliances should be >=18" above the floor - at least in the garage.

The previous gas water heater was 9" shorter and on top of a wobbly cinder block. I figure it was elevated (only 8") because the house water supply pipes were in the way. I moved them.

I'm in the state of MA - given that its in a specialized room with another ignition source 2" from the floor - should I relocate the water heater? Is it out of code to leave it on the ground? Adding the needed 15" isn't possible due to only 12" being available to the flue pipe. After the initial rise, there is a about 4' of horizontal run - with a slight elevation. If I raise too much then I expect there is a real CO hazard.

Possibly I need to return the DHW and get a short? In this case, I still can't get the 15" and also have a proper initial rise of exhausted.

I've attached some photos if they're of interest.


Images are here since they don't seem to show up inline :
http://tinyurl.com/z8fdoj4 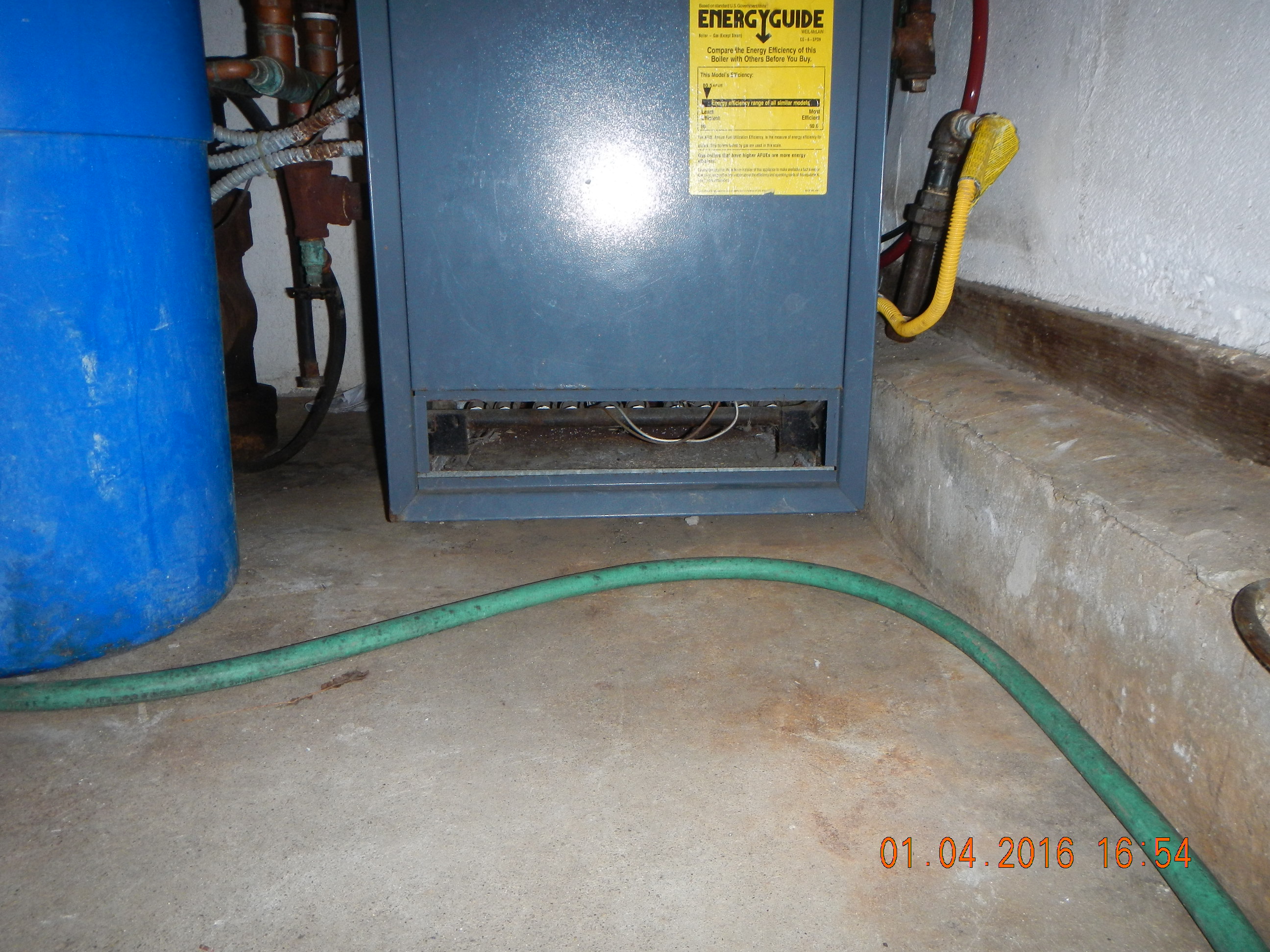