Ocelaris Member Posts: 26
August 2015 in THE MAIN WALL
I thought I would share some pictures of my boiler repiping that I just completed. Thanks for all the great discussions which helped me plan and implement this. Long and short we had the original boiler replaced from the 1950s (200k+ net unit) with a 100k unit (80k net) 2 years ago, and it was apparent that something was wrong. It was a monoflo system and it was condensing, also we needed a second zone in the basement and I wanted it done right this time.

We split the house up into 5 zones and used a taco i-series mixing valve for ODR and boiler protection. 1 1/4" piping for the near boiler piping and 3/4" take offs for the grudfos alpha pumps. I had ordered a bunch of books from Dan Holohan about pumping away, so hopefully you all don't find too many faults with my piping. We tore out the 1 1/4 copper that was hanging down in the basement and used viega fostapex, pex-al-pex 3/4 in a reverse return arrangement for everything. After doing hundred of connections, sweated, threaded and pex I only had 5 leaks, of which only took an afternoon to correct. Some of these pictures are at various stages, but there is a dirt separator on the return of zones, and the air separator is right at the beginning of the supply before the pump. Most importantly it works, I have the boiler set to adjust between 165 and 180, and the i-series mixing valve was putting out between 95-120 degree water to the zones when I tested. I put the outdoor reset sensor resistor in a bag and then put it in a cooler with ice. Also for the basement I bought off craigslist about 6 radiators. I wanted to roughly match what we had upstairs (sunrad) but I couldn't find all hot water so I ended up with 3 hot water and 3 steam. I ground off most of the paint and painted them myself. I had to change out most of the fittings and tap air bleeder valves to the 3 steam ones (and plug up the old holes). It's been a long process, but glad to be done (mostly). 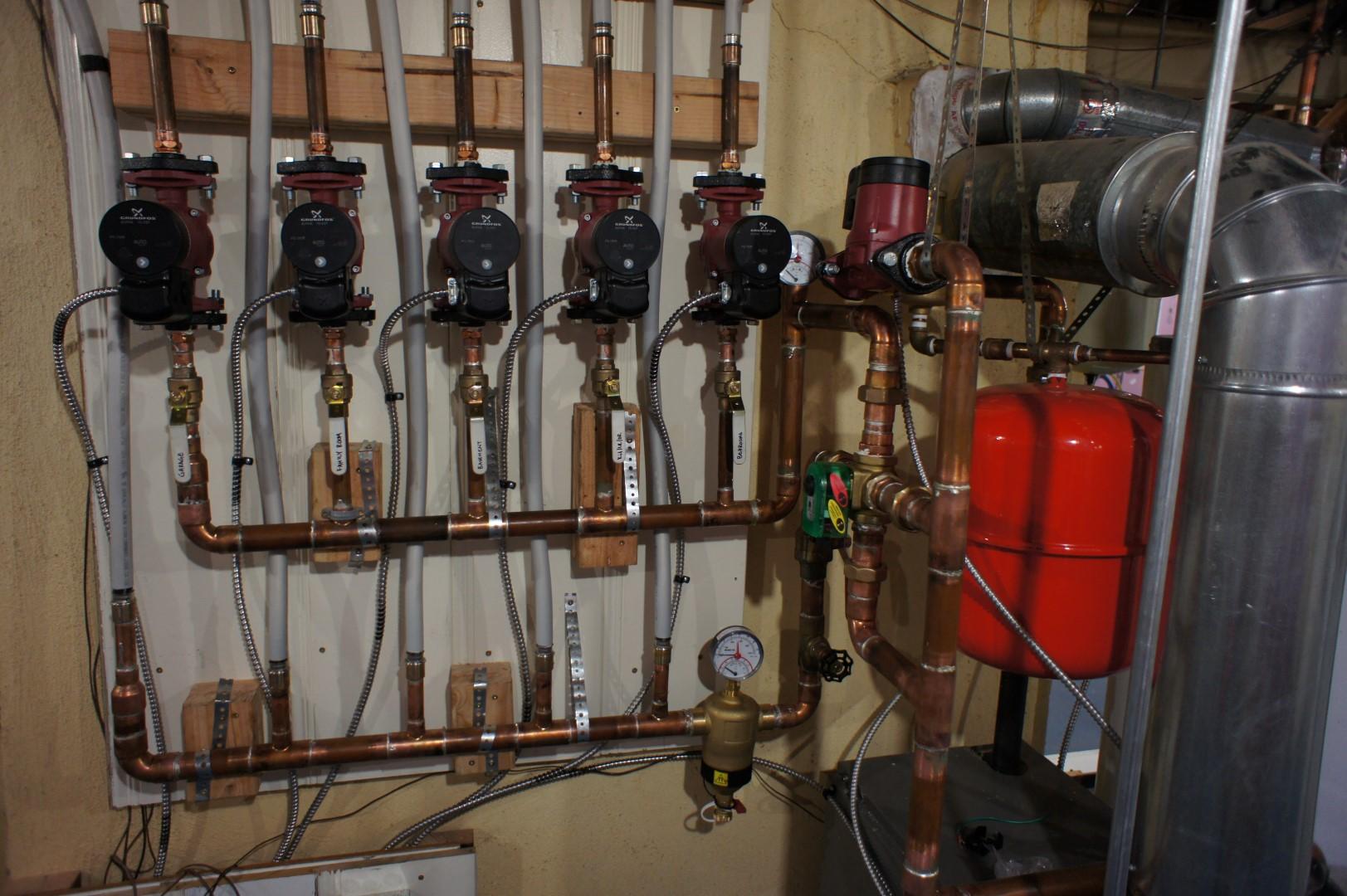 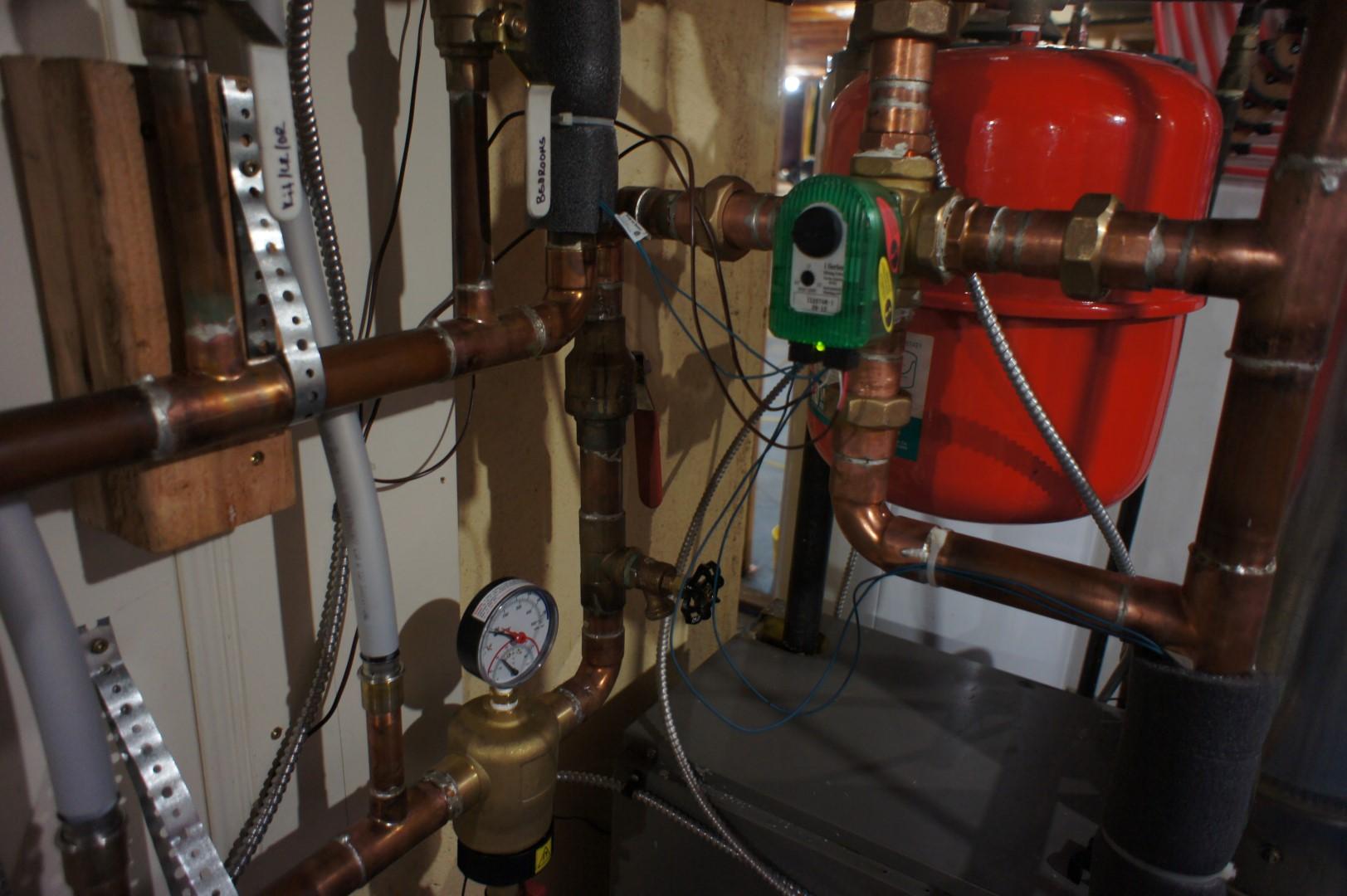 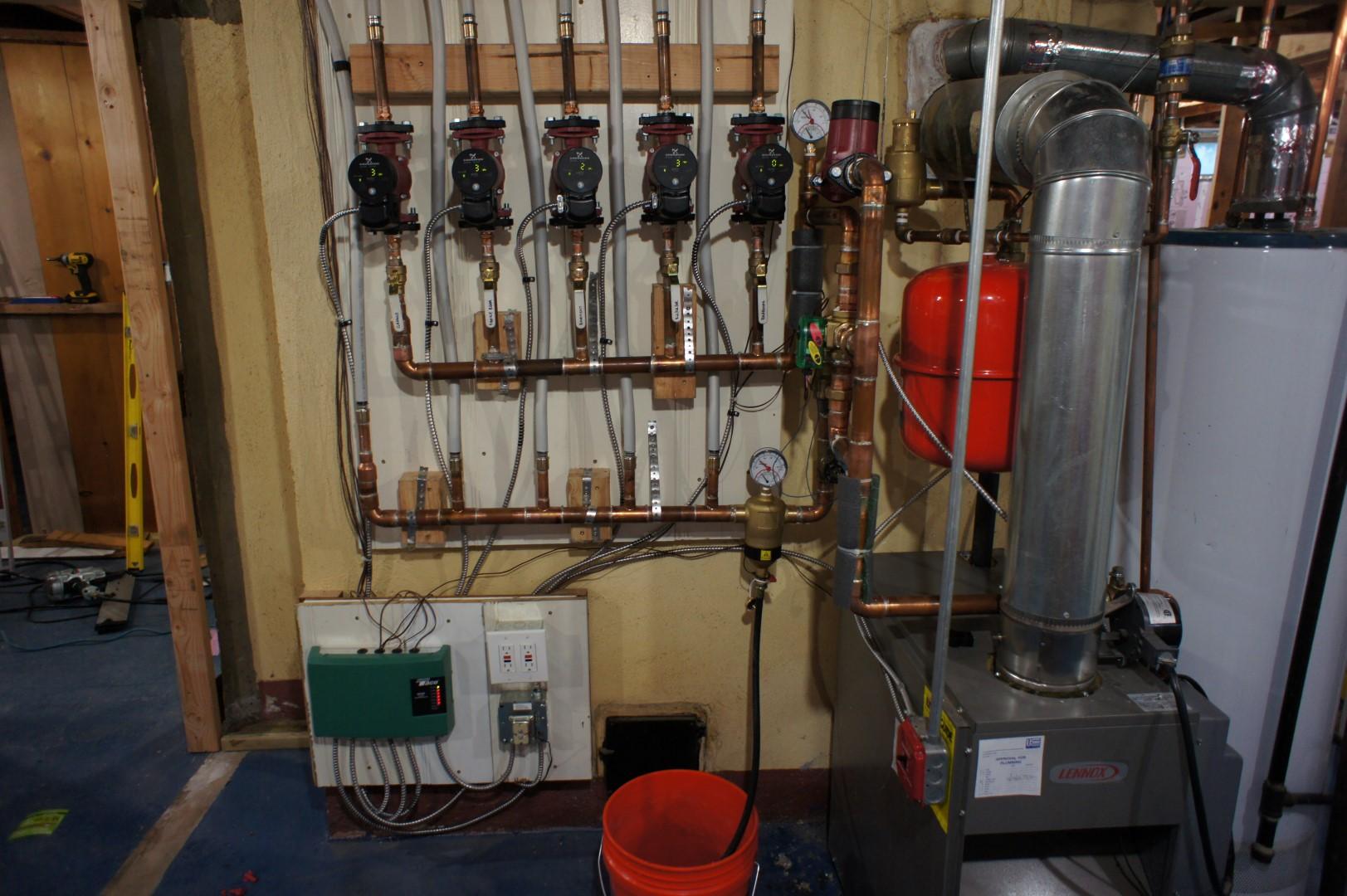 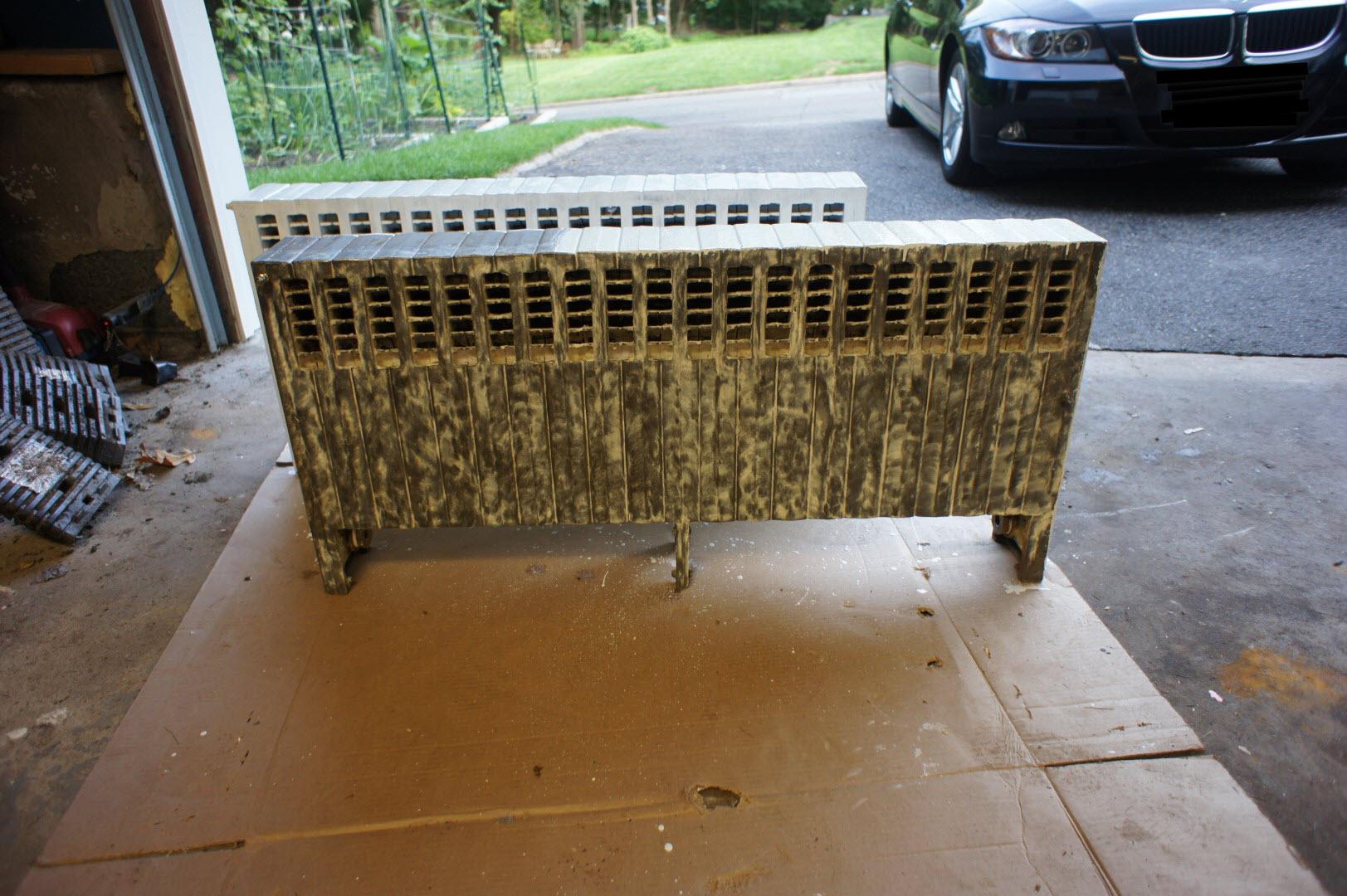 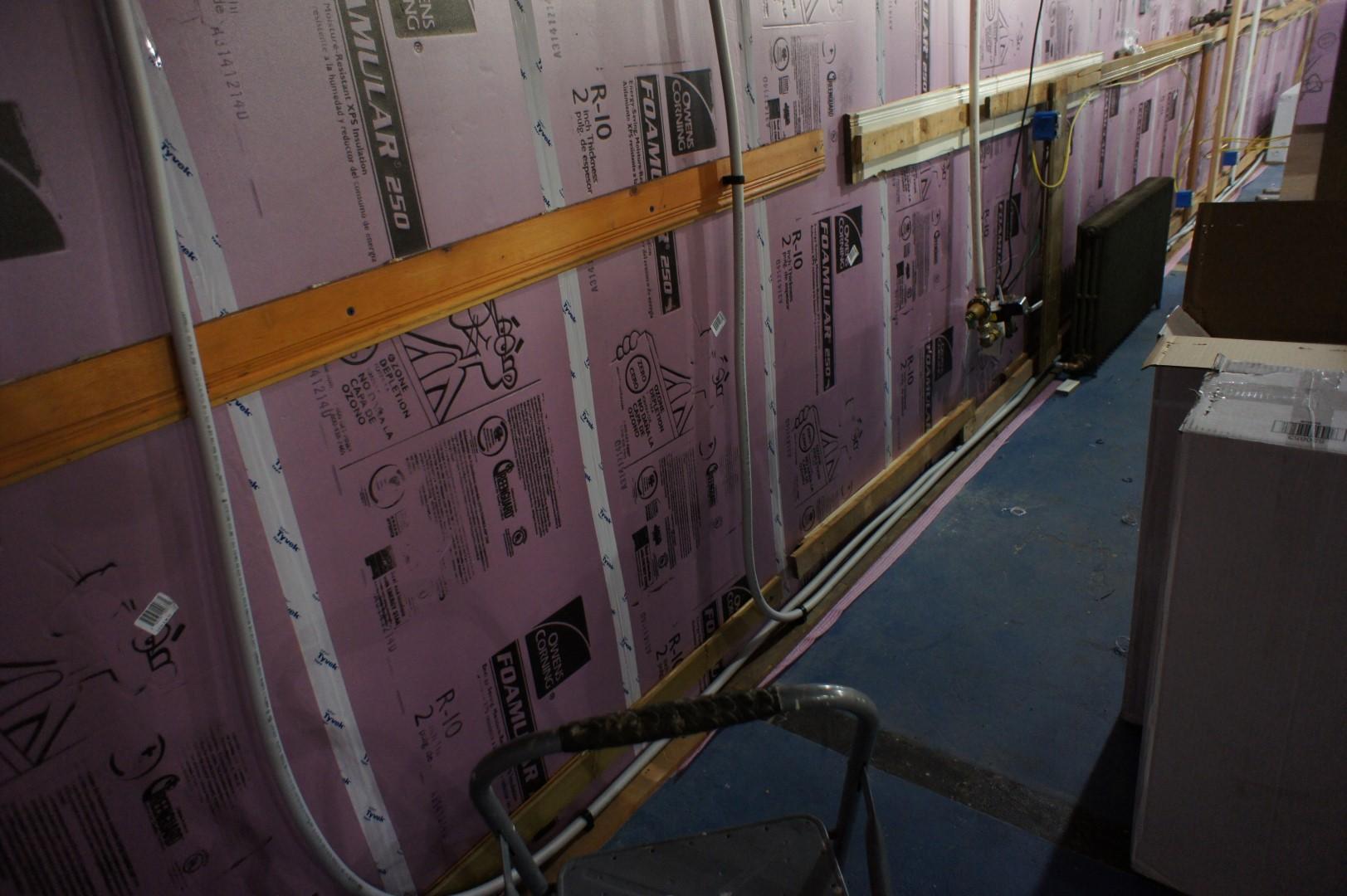