UnderwoodManor Member Posts: 6
March 2015 in Strictly Steam
Hello everyone-
I have some questions pertaining to a small commercial sized steam/ forced hot air system that runs on the same single pipe steam system and a 580 weil mcclain boiler. First let me preface by saying it is in a 6800 sq ft single family home that was built by one of the wealthy factory owners here in Pawtucket RI in 1908. The house is in largely untouched, un-renovated, very well maintained condition.
My biggest question (as I see lots of people on this forum have) is- how do I find a reputable hvac contractor with a solid knowledge of older steam systems? I have spoken with, obtained quotes..from a number of contractors in the area, and none of them have a real strong grasp of what is going on in this system-

Now I will explain, to the best of my knowledge how this system is set up. It is a 6800 sq ft, 3 story single family home on a single pipe steam system. A majority of the first floor is forced hot air. In the basement, there are a number of heat exchangers enclosed in metal enclosures. Steam is fed to these exchangers at the same time it heads up to the second and third floors to feed the radiators. There are a number of steam traps in place at the heat exchangers in the basement. Once the temp in the enclosures reaches a certain temp (there is a thermostat...I have it set to 75 I believe) fans in the "fan room" kick on a deliver air through a series of metal ducts (all visible in the basement on the finished ceiling) to each of the heat exchangers and warm air is circulated into the formal rooms of the first floor through floor grates.

A the same time, steam is delivered to radiators on the first, second and third floors. I have (had) the system balanced out to supply the 3rd floor first, with the second and first floors afterwards. The system was working great...until mid dec of this year. We lost our 6 year old boiler. (Long story...had to do with a faulty return and faulty low water cutoff).

We had a new Weil Mcclain 580 gas fired steam boiler installed, and the system has been riddled with problems since the install. I refuse the use the company who did the install (nor will I name them here)- so I am on the hunt for a new steam expert in the southern Mass/ RI area.

I am also quite handy ( I am the caretaker and maintenance here at the home), and have diagnosed and fixed some of the issues plaguing me, but I feel like i need the expertise of an old time steam guy to get this system running up to full capacity.

My main questions/ issues are:

1. I am getting massive amounts of water in the radiators. I am wondering about the hard plumbing and settings on the controls of the unit, as this wasn't an issue before. (Old boiler was same unit, same plumbing). All the pipes are triple wrapped, radiators are slanted towards the inlet pipe. I have a mix of vari-valve and grotons throughout the house, all new. I believe there are 26 radiators. The largest one, on the second floor, was gurgling one night, I removed the valve to blow it out, and I was scalded with about a gallon of hot water that shot out of the steam valve port like a fire hose.

2. Are the two pressure switches next to the pressuretrol neccessary? Or would one be suitable?? My previous unit used one.
3. I skimmed the system for the first two days it was in operation, but I still have 2"+ fluctuation in my sight glass when the boiler is cycling. There is an issue with the return lines under the slab that I will be fixing this spring, and I'm not sure if that will help or not. There is a break in the return line back to the holding tank. I probably loose a few gallons of hot water from that line each time the boiler cycles. The holding tank refills the boiler as it should, but i know the system really needs to be "closed" in order to be functioning properly. I haven't wanted to saw cut and replace the return lines out until the heat is off for the season.

4. I would like to find someone local who can look at how the new boiler was set up, diagnose any issues I am having currently, assist in re-plumbing the return lines, and preform yearly efficiancy tests for me? Any thoughts????


Here are some pics of the system. You will see an overview of the boiler, the holding tank with pump, the steam traps at one of the heat exchanger boxes, the "fan room" with filtered door, and some of the radiators and floor registers up in the house. Oh yeah, also the 105
year old original thermostat that still works flawlessly-- 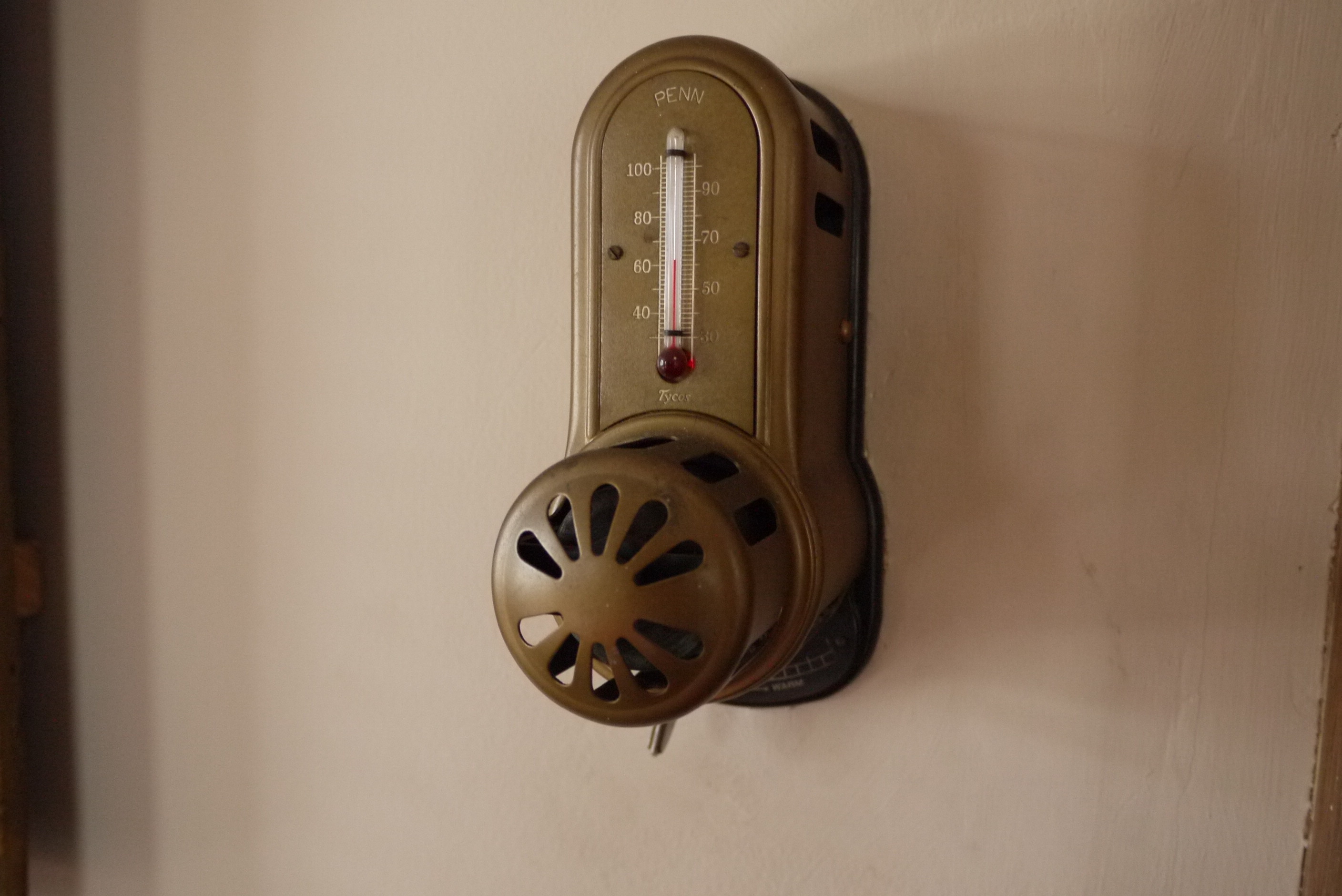 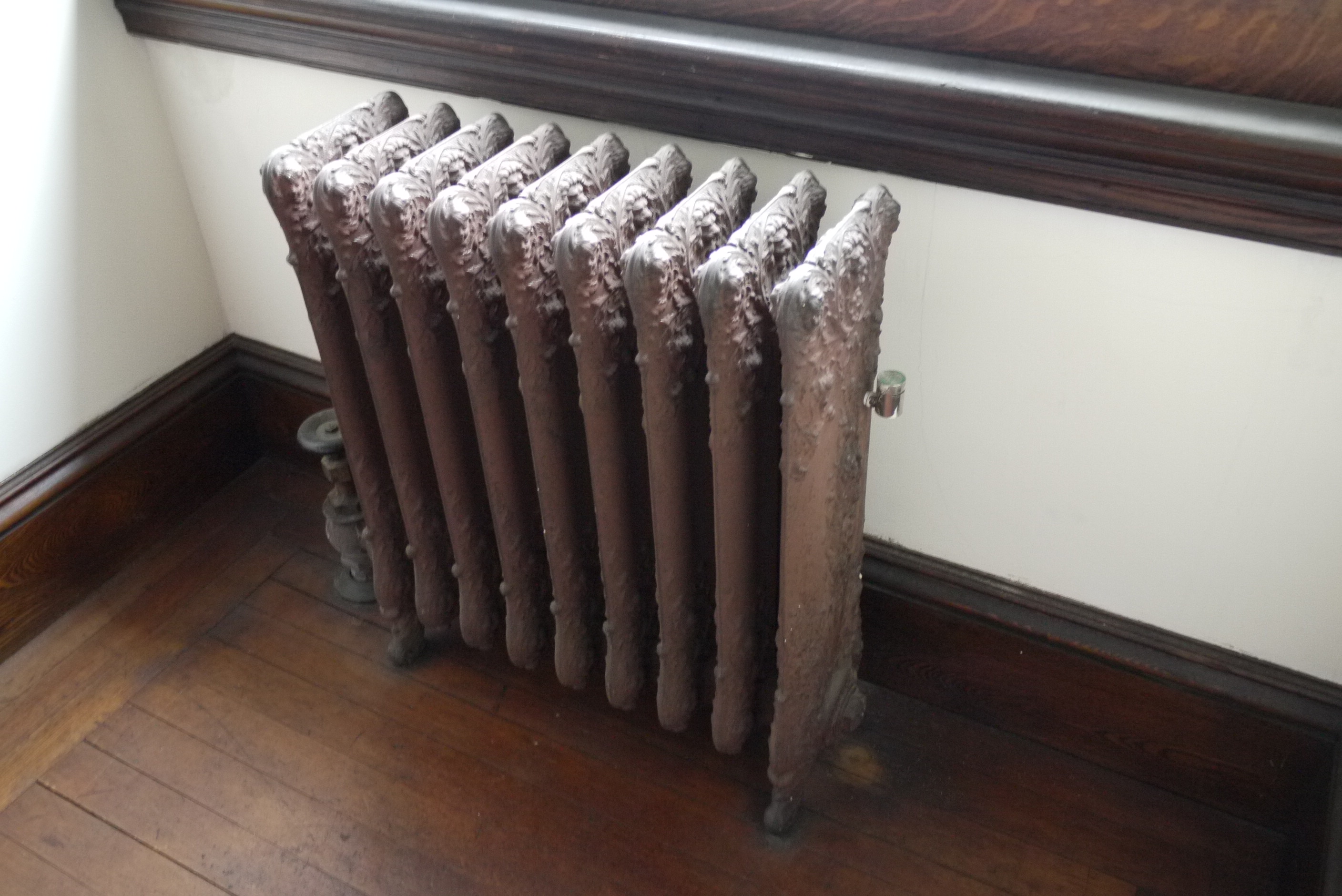 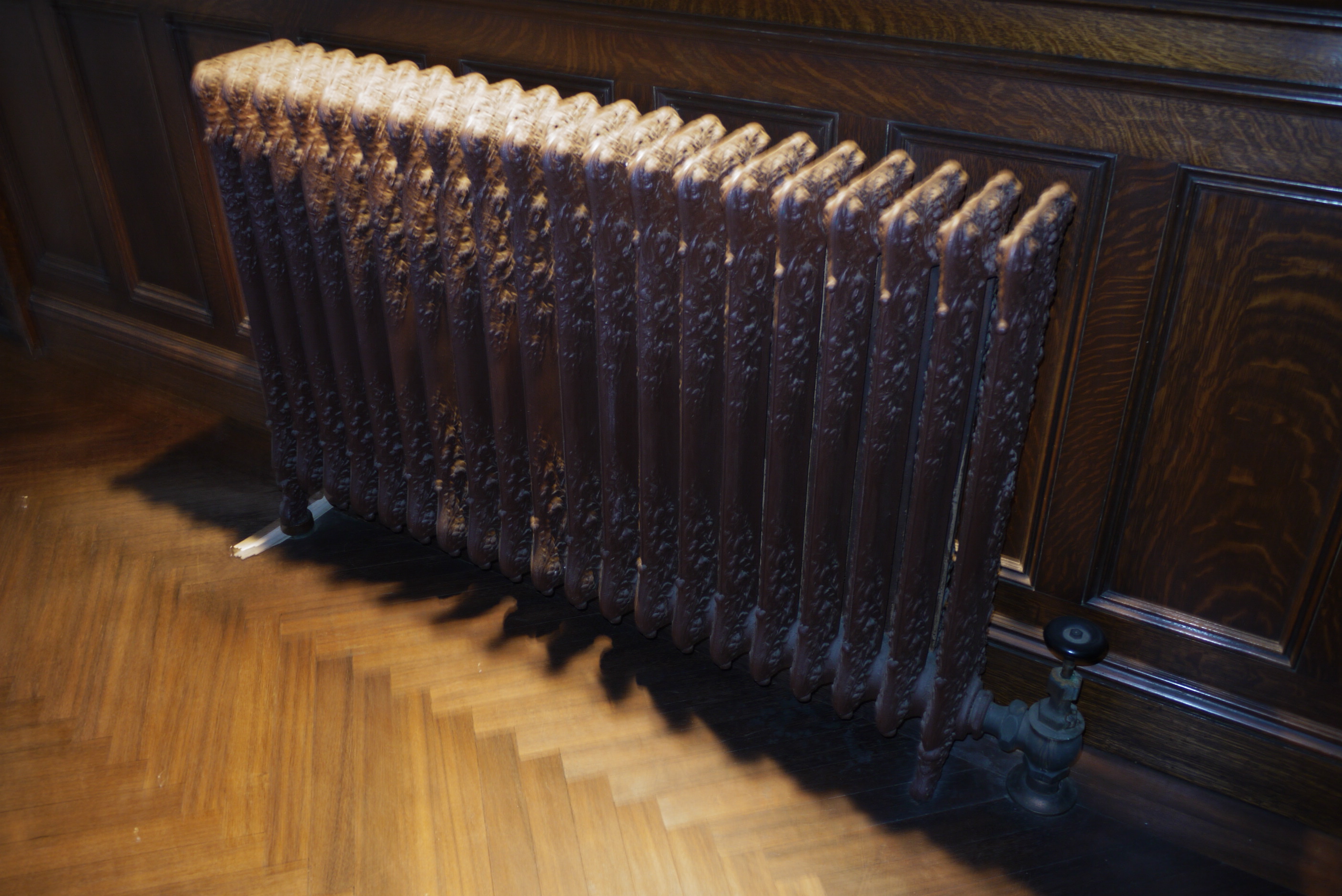 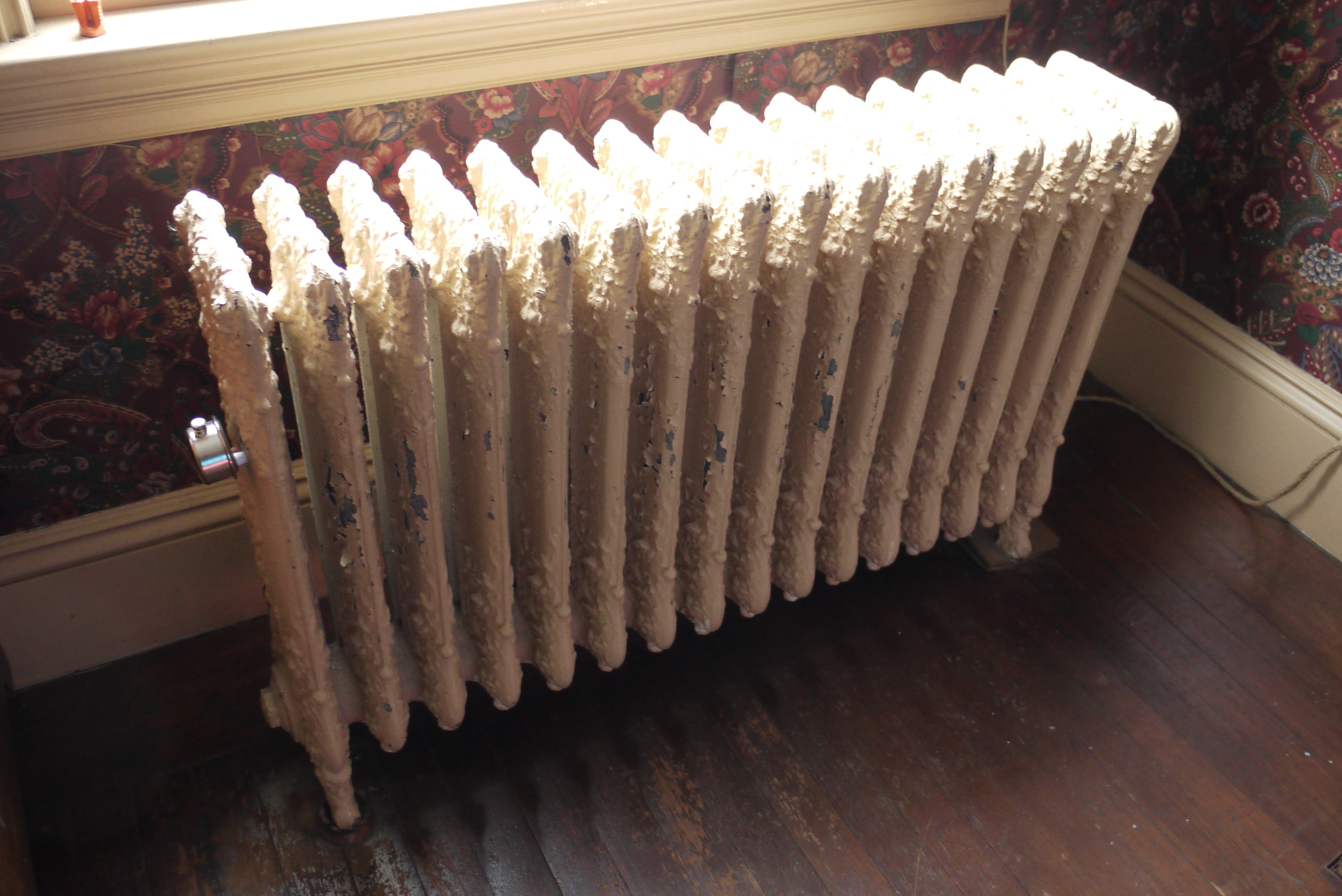 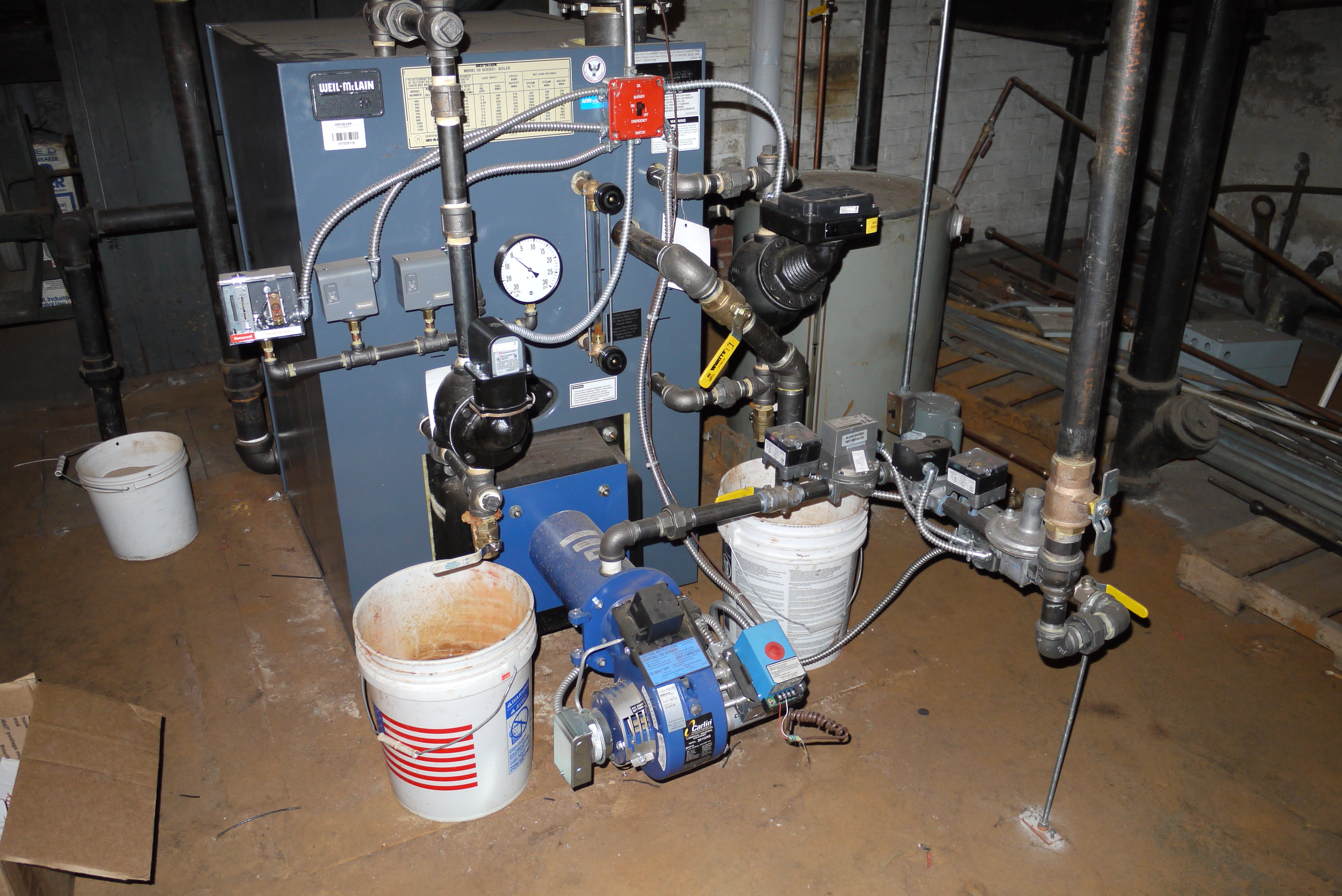 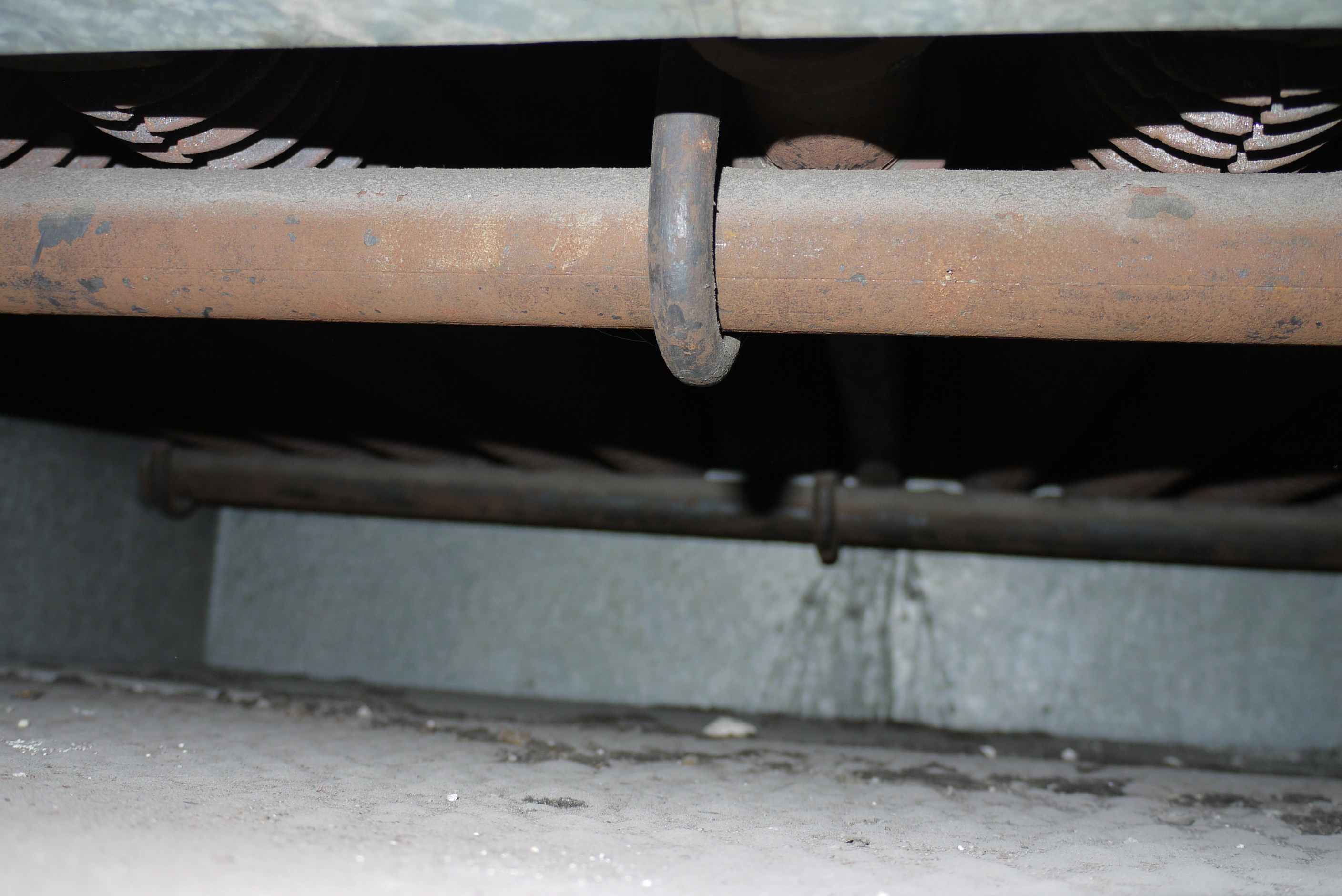 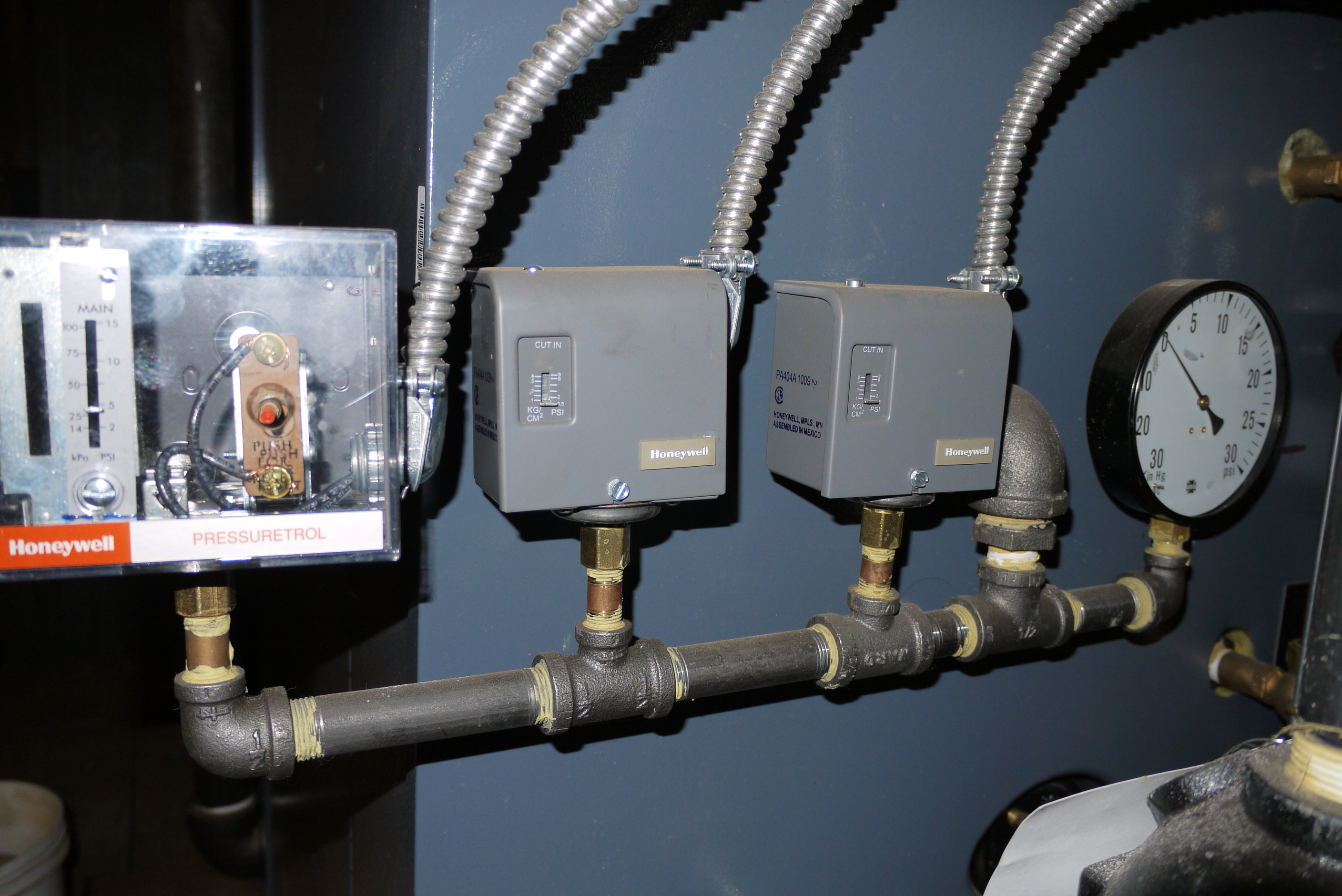 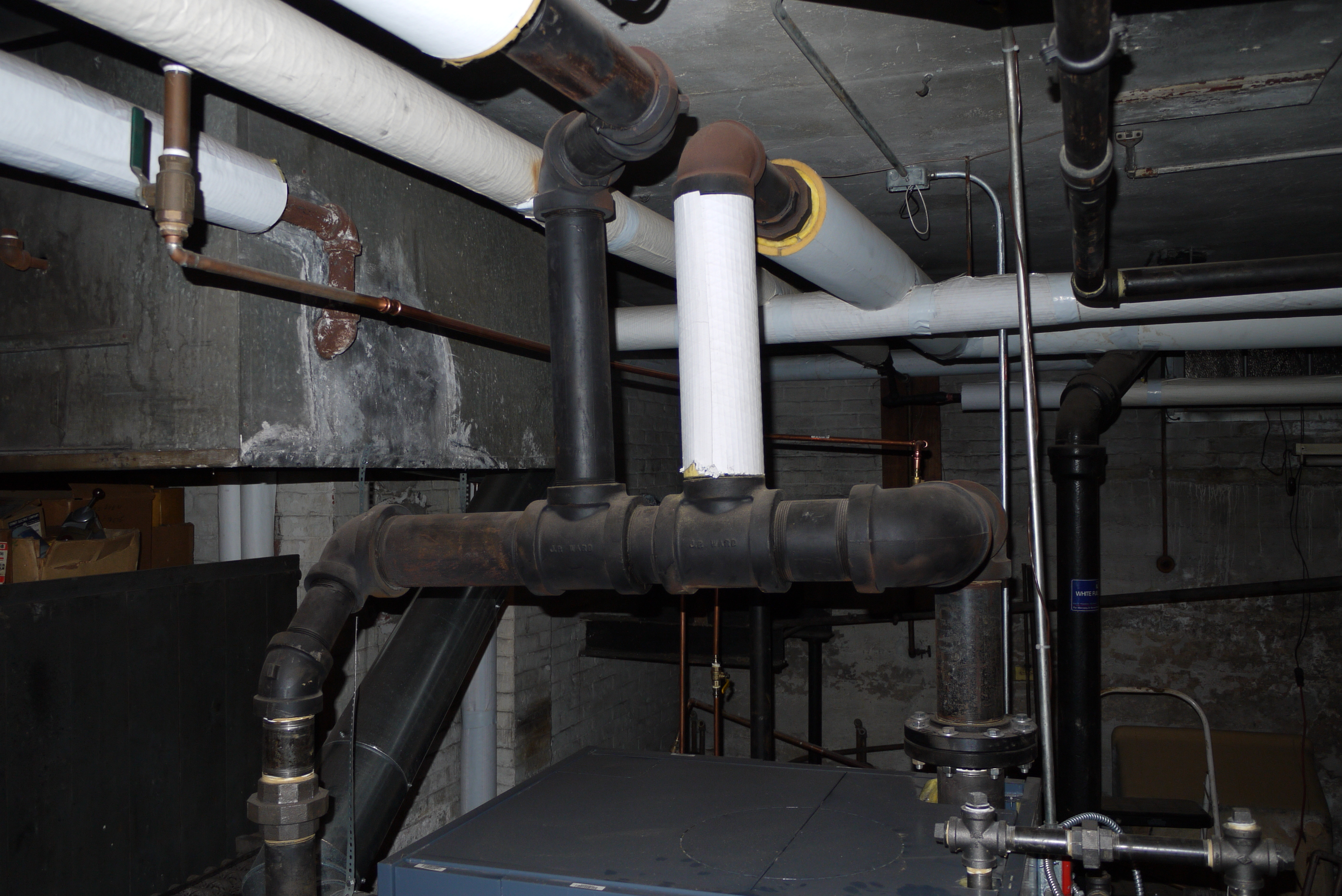