Jack M Member Posts: 213
March 2015 edited March 2015 in Strictly Steam
I'm trying to come up with a backup plan for when my boiler goes. When I measure the EDR of my radiators I get a total EDR of 225 (based on online references). There are two upstair bedrooms that currently have their radiators removed. I would like to add some minimal amount of radiator capacity to each of those two small bedrooms (not a lot) and double the size of one radiator on the first floor from 25 to 50 EDR to accomodate a small (insulated) addition.
If the tag on the boiler says NET I=R=B RATING STEAM 396 SQ. FT. is that boiler too large and I need to consider the next size down? Is the radiator EDR supposed to matched to the stated boiler nameplate "net EDR output" and this number includes the 1.33 SF? Not sure if the loss from piping is added in. 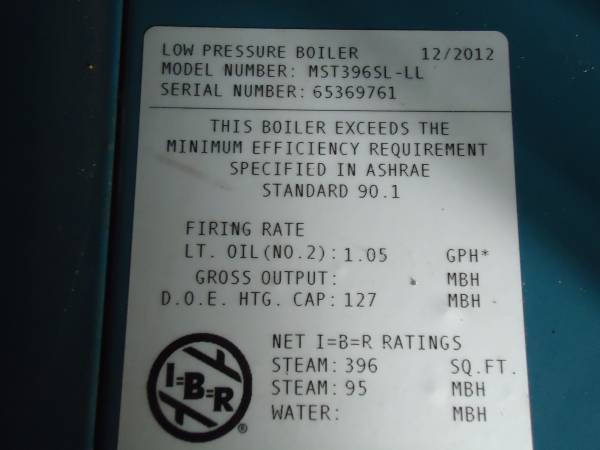