delenca Member Posts: 16
January 2015 in Gas Heating
Hi,
Trying to diagnose a problem and trying to figure out which of the more than half-a-dozen contractors is actually on the money. Any advice much appreciated.

Description of problem:
2-story brick chimney on 2-story brick colonial. In Connecticut (CT). Have owned the house 1.5 years. House built in 1956.
Last winter replaced oil boiler with gas boiler - Burham Series 3 Boiler (Model 306B). Venting was connected to chimney as before - containing a clay-lined flue.
About a month ago I started noticing moisture getting into the house where the chimney meets the lower roof of an addition to the house.
Looking above the spot, the chimney looks wet. More specifically, the bricks on the half of the chimney over on that side of the house look wet all the way up to the top of the chimney.
At first every contractor said the problem was rain was getting through - I needed to add flashing to the lower roof. But the more I look at it the more it seems the wet bricks are not going away - even after several days of dry weather.
In fact, on dry days I can sometimes see the bricks sweating (water coming out of the bricks).
I have a feeling that the venting might be related to the problem or contributing to it.
I'm trying to figure out if I really need/should have/required to have a stainless steel liner. One contractor said that this was code (in CT) and that the heating company should have installed it.
I've also tried to call the manufacturer of boiler (Burnham) to ask if this boiler requires it. I wanted to know b/c the manual is a little ambiguous: one page (p.9) says that the venting should be chosen up "to NFPA 54 and applicable local codes" but then Appendix B1 (p.38) has a sentence that states "clay flue lined masonry chimneys do not meet the venting requirements for this appliance".
I tried to call Burnham but they refuse to clarify. Saying that only answer technical questions from inspectors, not homeowners, for liability issues". I thought that was weird.
In any case, does anybody know if CT codes require stainless steel liners? And I've also read conflicting statements about how long-lasting they may or may not be? Thoughts?

I attach a photo of what it looks like today.

Any advice much appreciated.
Thanks.
-Alex 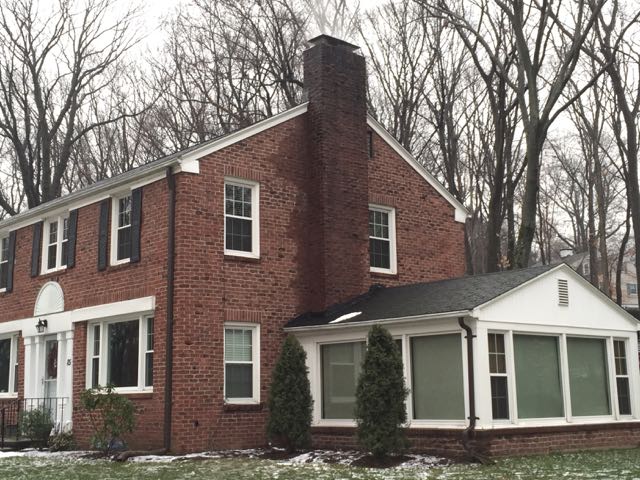