SWEI Member Posts: 7,356
December 2014 edited December 2014 in THE MAIN WALL
Following up on an earlier comment I made, here is some data from a current project. The building is a 1949 church with uninsulated 12" CMU walls and a nearly uninsulated roof/ceiling (an inch or so of staple-up acoustic tile.) We have had it running on constant well-tuned ODR for about two months, with indoor temps varying only a degree or two and the control valves wide open. We agreed to try setbacks at the client's request after warning them that the results might not be what they imagine. In part, this was to help us understand when and how we might recommend setbacks for future projects with very intermittent occupancies. The chart plots several values: This data represents the beginning of our process to optimize the recovery so that space temps will hit their marks during scheduled occupancy periods. Not shown in this log is the outdoor air temp, which was falling during the recovery period. We began the recovery three hours prior to the scheduled (6:30 PM) service, at which time the setpoint was raised to 69˚F and the boiler supply water target was increased by 15˚F over the ODR-calculated target temp. The PID loop immediately opened the valve to 100%, at which point the system pump sped up (delivering roughly 19 GPM to the two occupied zones.) 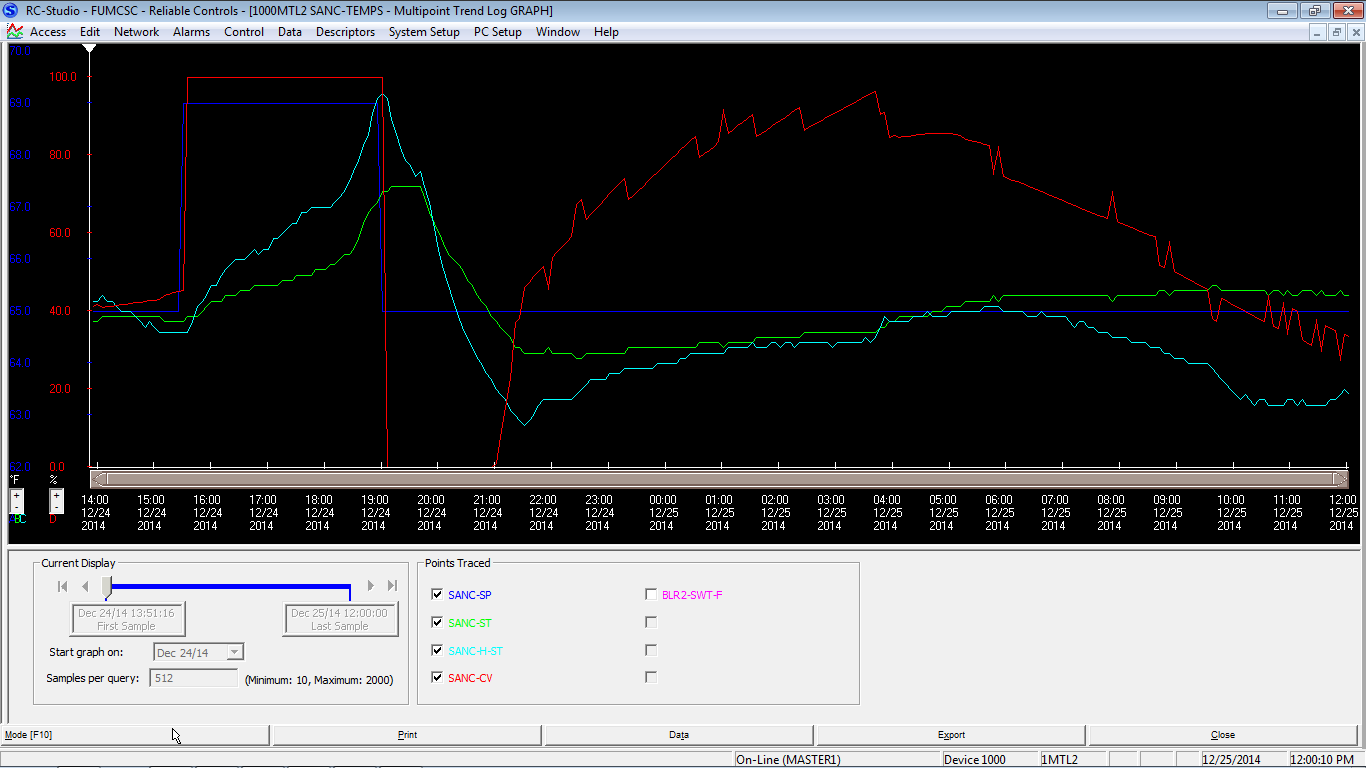 As you can see from the graph, it did not work out all that well. Next steps will be to turn on the ceiling fans whenever the upper temp exceeds the lower temp by 4˚F and to base the recovery start time on the outdoor temp averaged over the previous four hours (and perhaps the slope of the outdoor temp change, with negative slopes dictating a more aggressive recovery.) I think I'll start logging the firing rate of the cascaded boiler group as well, to see how well that correlates with the gas meter readings we plan to take.
Christmas Eve sanc-temps.png 46.6K
0