bjdoherty Member Posts: 4
November 2014 in Strictly Steam
I'm a homeowner (and not especially good with plumbing style work, but should be able to handle some basics) with
a 3-story home built in the 1920s that has a 2-pipe steam system. We've been here 10 years and the system works OK
overall (maybe give it a B grade). No horrible banging noises - but some "ticking" and gurgling sounds and some vents that hiss quite a bit (more on that below).

Having just picked up and read the "We Got Steam Heat!" book, I'm hoping
we can maybe make the system work more efficiently to save money and maybe be a bit quieter. We also have some
radiators that don't heat up as quickly as the others (or maybe not at all if the boiler turns off before they get
around to it).

Some details abut the system we have (and some pictures also included):

- pressure seems to be set at .5 as seems ot be recommended

I'm looking into whether we can make it work even better and just bought and read Dan's "We Got Steam Heat!" book - only to learn (I think) that with a two-pipe system the radiators should not have any vents.

As I understand it, the vents should only be on the main return lines. I've looked around as best I can with the drop ceiling and walls
in the basement so far and the only vents I have found is the one attached to the Hoffman Differential Loop (can't say I know what that even
is - will have to move on the "Lost Art" book by Dan) - which seems to be a very old Hoffman No 76. This does not seem to be working at all,
but maybe partly due to the other vents releasing the pressure instead?

So - while I assume our system have various problems that may require attention should I start by getting a replacement for the Hoffman 76
vent? Should I have the vents from other radiators removed? Should I have the piping closest to the boiler better insulated? 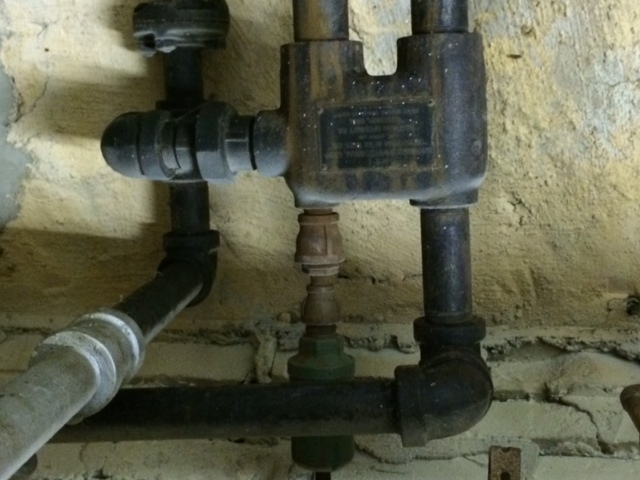