tech0815 Member Posts: 6
November 2020 in Gas Heating
Hello, I just moved into a new home and the baseboard heating has two zones, one for the first and one for the second floor. Even when zone 1 is called, the radiators upstairs get more or less warm. The zones are separated by two zone pumps, but no zone valves. After running the system for some time on zone 1, both copper pipes after the two pumps are equally warm. When the system is started, the pipe for zone 1 directly after the pump becomes warm much faster than the one for zone 2. I think the zone 2 pump is not running when zone 1 is called for heat, at least I feel no vibration on the pipe.

My heating tech said that warm water moves up due to convection and suggested to add new zone control valves in addition to the existing zone pumps to block off this extra convection flow. Does this make sense? Is there a way to get a better zone separation with the existing zone pumps, without adding extra zone valves? I am wondering why the convection is so strong that the radiators in the second zone are quite warm. Thanks for any advice. In the photo, the pipe for zone 1 is on the left, for zone 2 on the right. 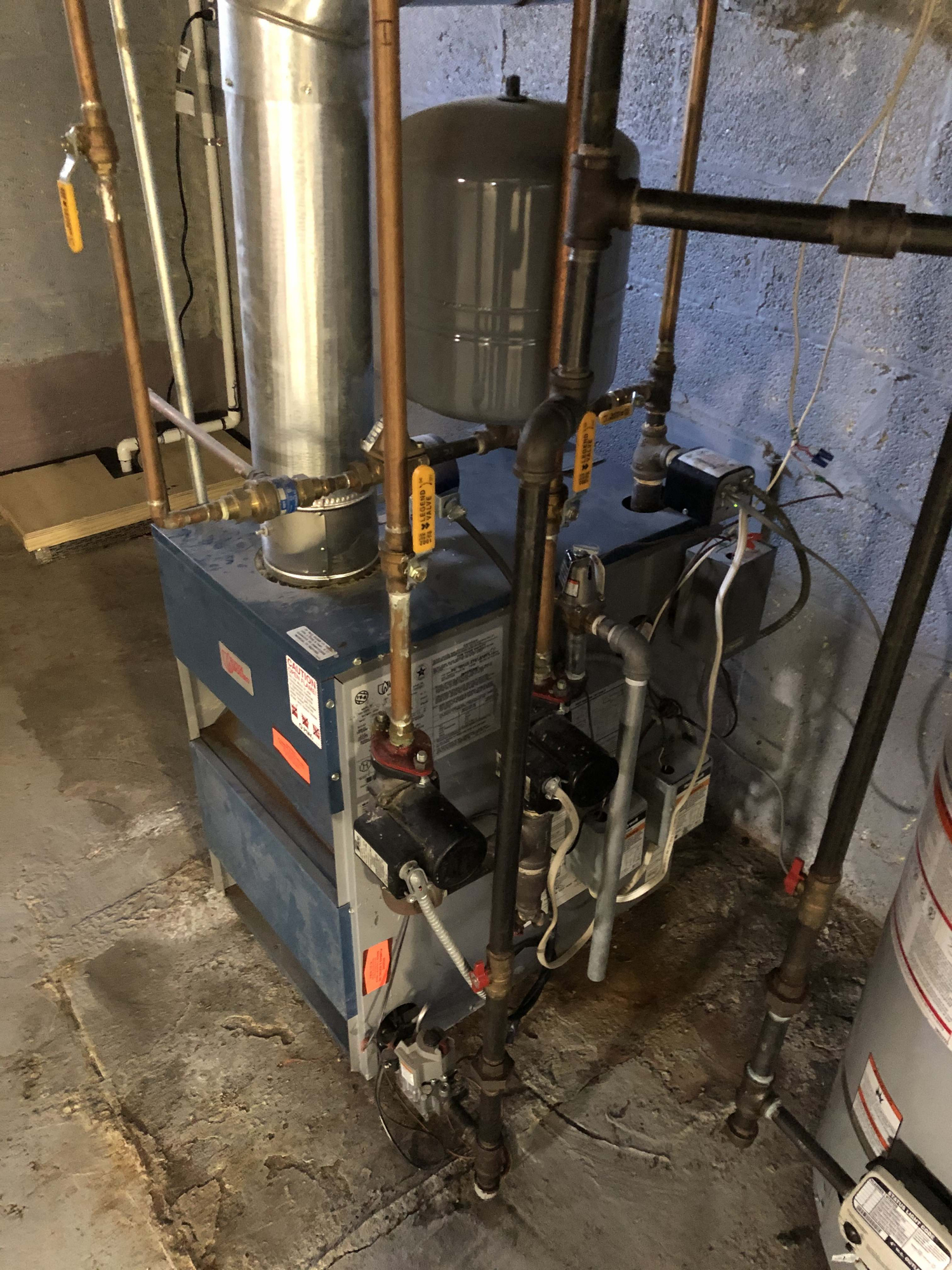