What's wrong with this picture?

RobertsBrown Member Posts: 7
December 2019 in Radiant Heating
I moved into a house with an existing radiant heating system installed. The Navien Combiner's-boiler was being used for heat and domestic hot water, but for some strange reason the domestic hot water out was piped into another gas hot water heater, and then the house. Clearly, somebody 'fixed' something.
I split the system so the boiler was just heating the floor, and everything was fine until the boiler started leaking.

In an effort to same some money and simplify the system, I decided to install a simply water heater.

Important note: I have no idea what I am doing.

The water heater is installed, and purged of air, and turned on. Hot water is going to the floor sytem, but there are some nagging concerts.

Is this supposed to be a closed system? should the cold water in be off, as in the photo? there was a control wire from the transformer for the pump to the Navien control board. 24v I think. Now it's just disconnected the recirculating pump runs continuous. Is that bad? I will put up pictures of the before and after. The heating water out is the connection on the far left of the Navien.

Also, when using a hot water heater like this, do I have to worry about air rising to the top of the tank, and then making the pump lose it's prime? What about water replenishing?

There is a lot I need to learn. 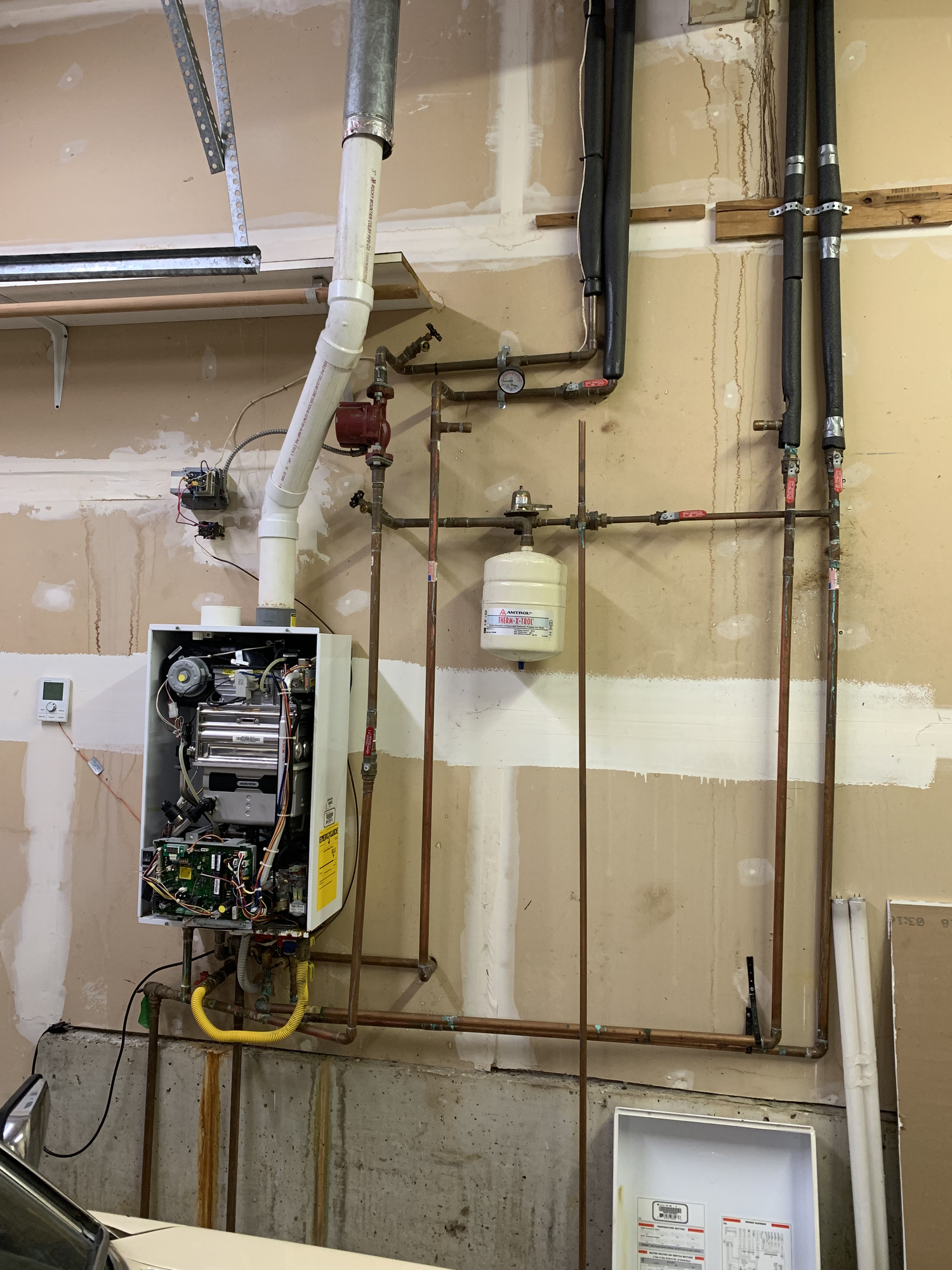 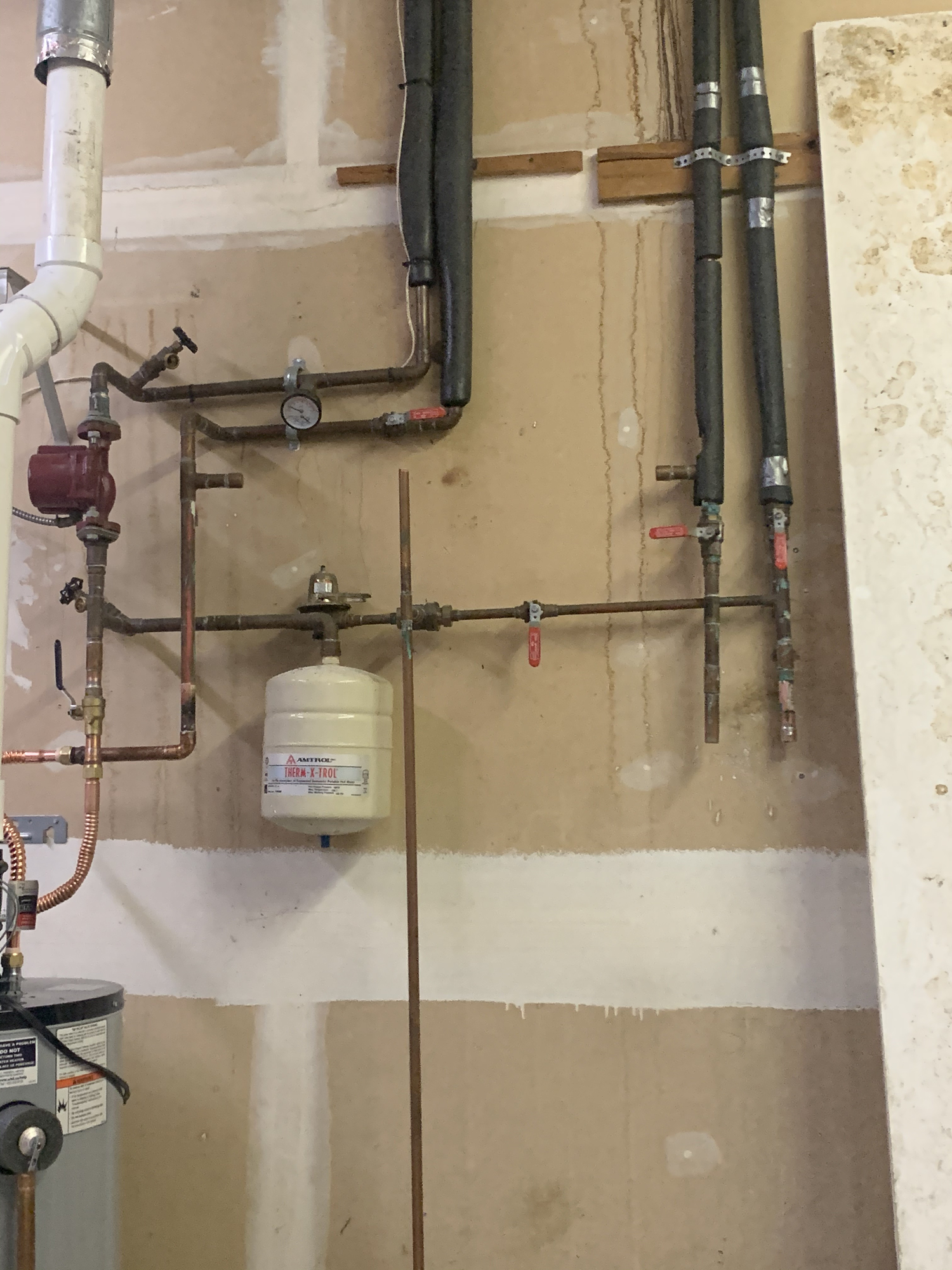