Motorapido Member Posts: 237
March 2019 in Plumbing
Amateur plumber baffled by leaking shower faucet. House is 90 years old. I've owned it 3 years and this is my first repair on the shower. This is a four-handle setup, with no diverter. Lower two handles turn the water on and off for the tub spigot. Upper two handles control water to shower. The rough-in body looks very ancient when I view it through the service access door. Shower is surrounded with concrete set with original tiles. Anyway, after replacing the flat rubber washer to attempt to fix the leak, the leak continued. The stem assembly does not have a removable seat like I have often replaced/repaired/dressed before. I photographed the stem assembly and sent photos and dimensions to Chicago Faucet Shop, when my local, huge to-the-trade plumbing supply outfit could not visually identify the stem assembly. Chicago Faucet sold me an American Standard stem assembly AMERICAN STANDARD - 16762-0200 as the replacement part. The old stem and new stem were visually almost identical in every way. The only difference on the new stem assembly is that at the bottom of the brass cylinder that the stem screws down into, on the exterior of that cylinder, there is a groove machined into the brass and a rubber o-ring. The stem assembly I took out did not have a machined groove or o-ring at the base of the brass cylinder.

I installed the new AMERICAN STANDARD - 16762-0200 stem assembly, turned the water back on, and the leak through the spigot continued, same as with the old stem assembly. The new stem assembly came with a new gasket. I made sure the screw holding the gasket was greased and tightly turned down.
Could it be possible that the ancient rough in assembly has a crack in its body or some other type of flaw that is allowing water to escape? There is no water leaking around the stem. It's just that with the handle turned tightly off, a very fine stream of water continues to come out of the spigot. It is more than a drip. A very tiny stream of water. I have attached a photo of the old stem assembly. Any ideas what could be the issue? You can see in the pic that the washer screws down flush with the interior base of the brass cylinder, and that entire assembly screws into the rough in assembly. 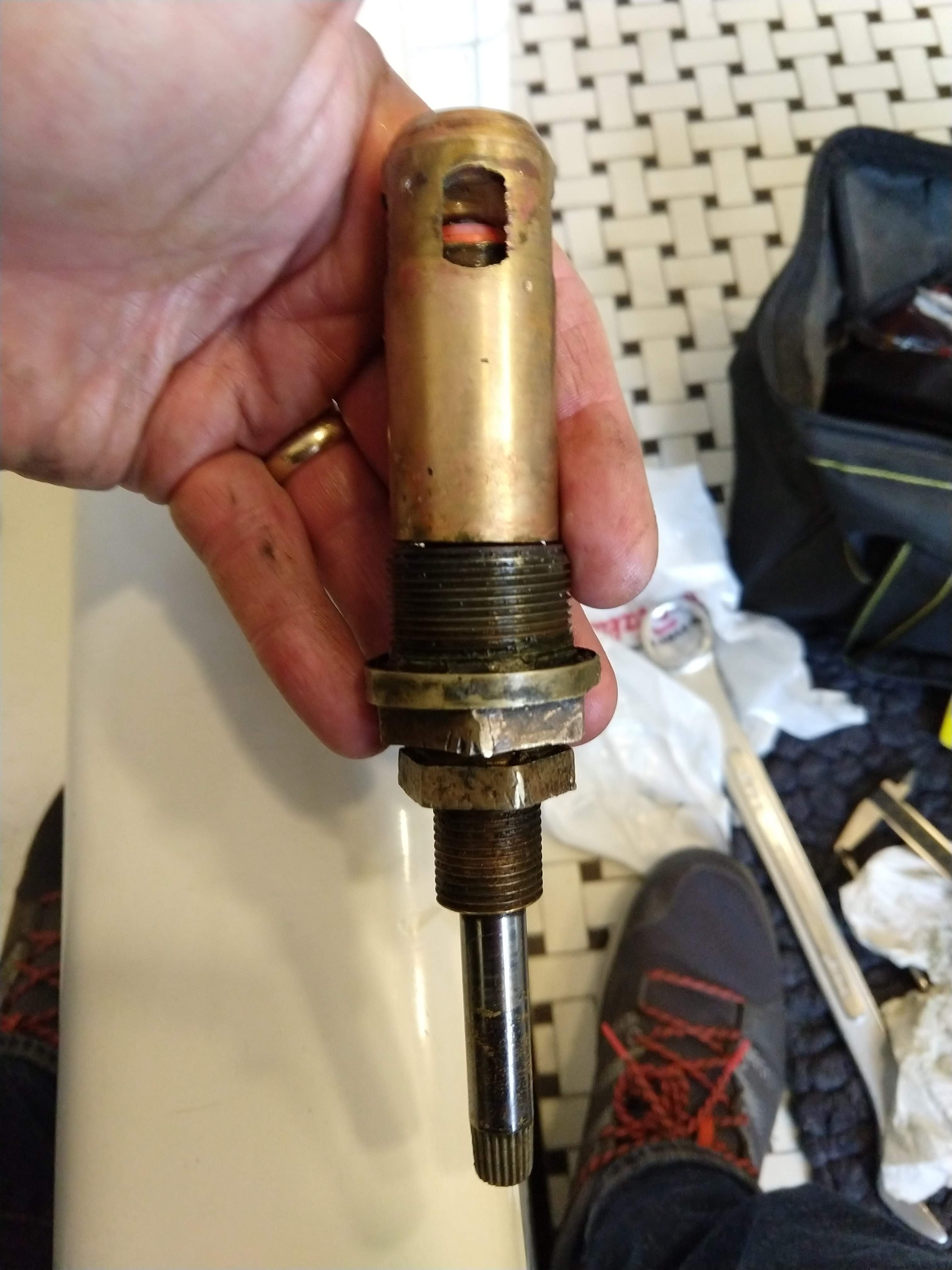