imaddicted2u Member Posts: 15
November 2022 in Oil Heating
The boiler is a Newmac NBR-2000. It's not making domestic hot water. It is wet base and the construction is steel. I bought it used. As the model implies it was made in 2000. Circulator is a Bell and Gossett NRF-22. The boiler was connected in parallel with a coal fired boiler that was gravity feed. It has since been removed. There are two pairs of 2 1/2 headers with 1" and 3/4" takeoffs feeding the cast iron radiators. One set of headers is 12 feet long the other pair is 24 feet long. It is acting as a single zone.
Originally there was a Honeywell L8124L triple aquastat doing the temperature control. The boiler is fired to about 98k btu/hr. There is around 550 sq. ft. of radiation and the calculated heat loss is 55k btu/hr at 0f. All last winter it was set to the boiler manufacturer spec of 160f low and 180f high 20 diff. The book calls for a minimum return temperature of 135f, it never gets there. I recently changed the Honeywell for a Hydrolevel 3250+ controller. I expect the boiler has been subjected to low return temperature its whole life.
When I took out the coal boiler, I installed a bypass in hopes of raising the return temperature into the boiler. The circulator is on the supply side and the bypass is tee'd off the system side of the pump to the return. I can open open the bypass so that the boiler return never goes below 115f but when I do I don't get any heat at the far end of the house and lose heat in areas randomly, any opening of the recirc impacts the heat to the far end of the house. I tried for a 20f temperature rise but that was even worse.
According to the table in this link by @Steamhead my pump is the right one for the job. I don't think the table allows for any bypass flow.
https://heatinghelp.com/systems-help-center/sizing-circulators-for-old-gravity-hot-water-heating-systems/
I wonder if changing the pump for a higher flow rate model would help me get the return temperature up and allow more flow to the radiators with the bypass open. Would I have enough hot water in the boiler to accommodate the higher total flow?
Here are some pics of what I found inside the boiler after I opened it to clean it. It's been 13 months since the last cleaning. It looked similar when I last opened it. I found some sulfur on the leading edge of the tubes. The pics make it look worse than it was. There was no soot to speak of. The steel still looks in good shape for a 22 year old boiler. 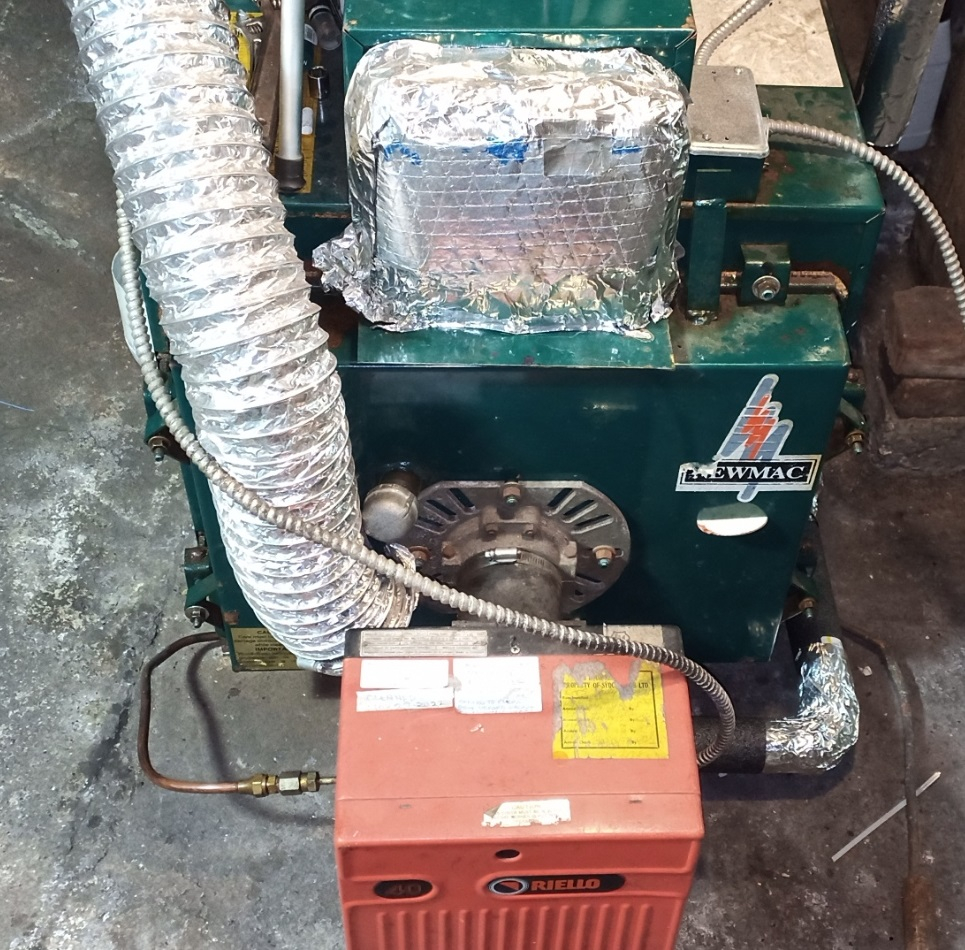 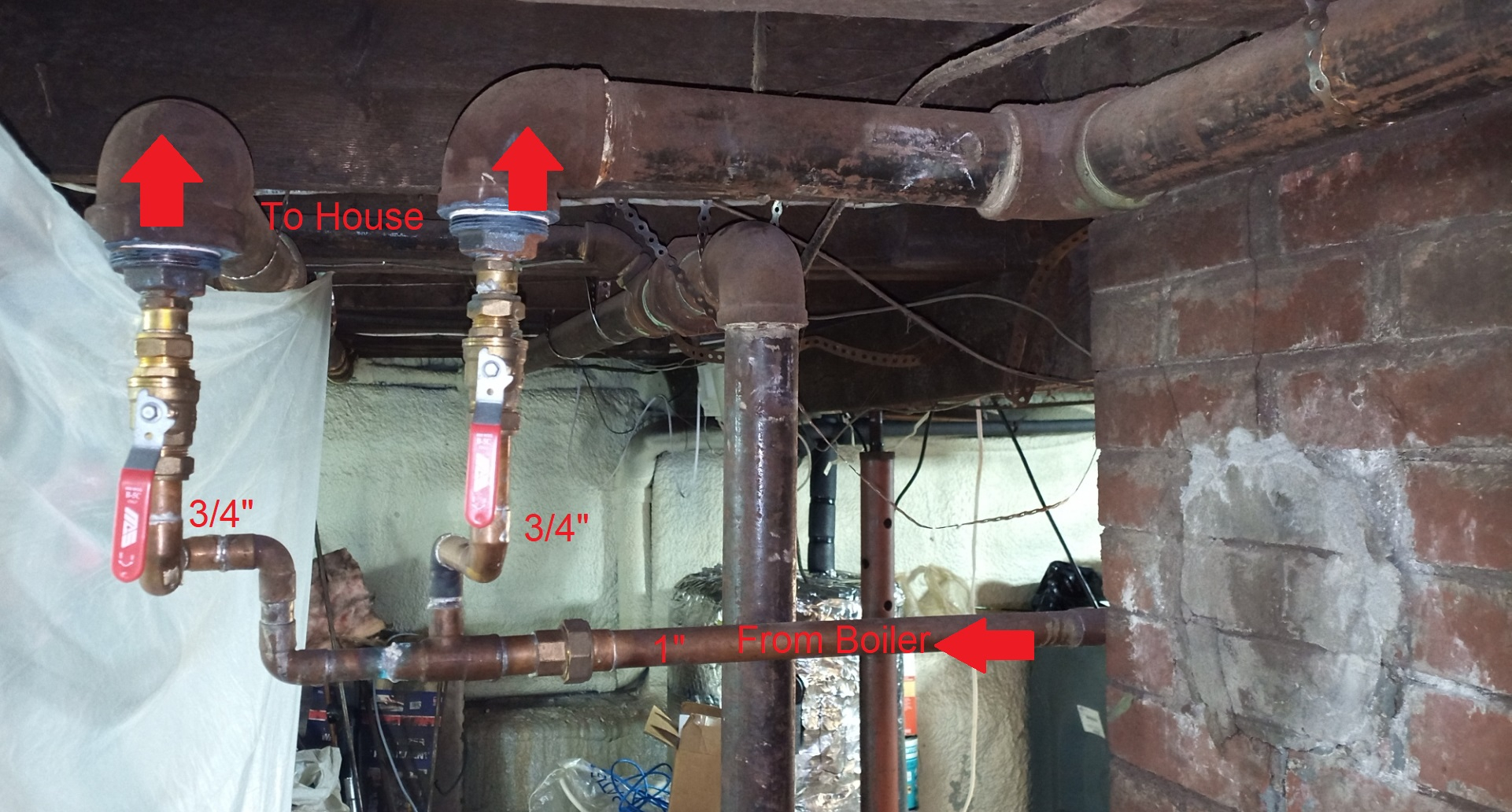 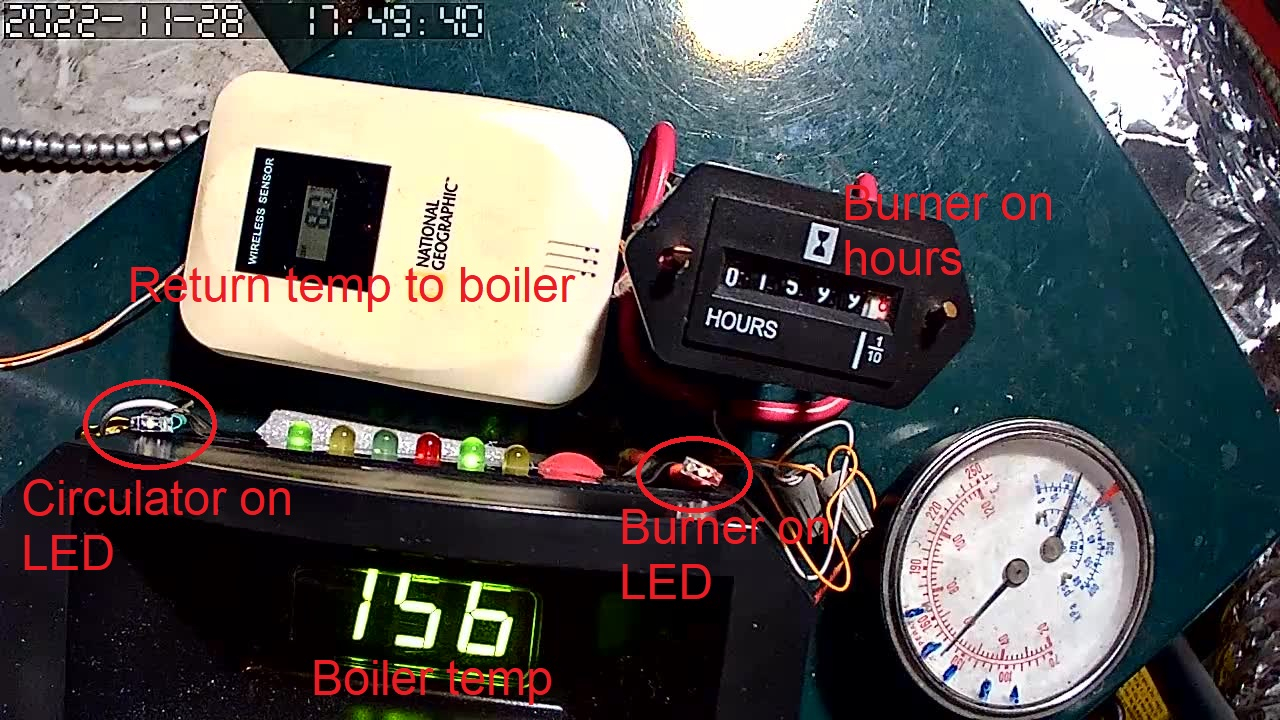 One of the video clips, circulator going off on low boiler temp.
https://i.imgur.com/dbvSTzQ.mp4
An aside...Last winter I tried a Grundfos UPS 15-58FC, check valve removed. It's claimed to be equivalent to NRF-22 at high speed. It's not. I lost heat at the far end of house and ended up changing back to the original NRF-22 circulator. So it seems I'm on the edge of required flow at the best of times.
0