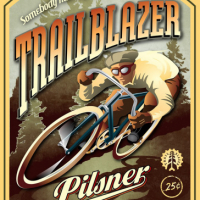 Cherny Member Posts: 17
November 2022 edited November 2022 in Radiant Heating
Hello,
I have been reading and learning from this forum for the past 6 months after we bought a house with a boiler/hydronic baseboard system that was not working to its full potential. We are at a point where we are considering re-piping the whole system this summer and starting fresh, but I'd like to at least try to fix the system now and see if we can get it working to a reasonable level for the remainder of this winter.

Background: The system is a 6 zone hydronic baseboard system running off a Weil-Mclain CGA-4 boiler. All 6 loops consist of 3/4" polybutylene pipe running through the slab with 3/4in copper fin tube baseboards. The zones operate on 6 Honeywell valves controlled by independent thermostats around the house. Circulator is a Grundfos 15-58.
The house itself is wood frame construction from 1986, located in British Columbia. 2x6 walls. R20 ceilings. Double pane aluminum windows. Moderately drafty (another project in progress).
s
Boiler is set to 180F. Pressure gauge read 15psi cold, 20psi @ 180F.
"Efficiency" setting is set to Minimum.
No error codes/lights on boiler which is only a few years old.

Longest run is suspected to be about 150ft of 3/4 polyb/copper.

We are aware the boiler is marginally sized for the size of this house and we will likely require a secondary heat source. We are thinking of putting in a gas fireplace in our main living area to supplement some BTUs, but we would like to assess this once the hydronic system is working adequately.
We are also doing some building envelope improvements to reduce drafts... spray foam any gaps, caulking windows, and will likely be adding another R20 in our attic in the next few weeks (bringing us up to R40). 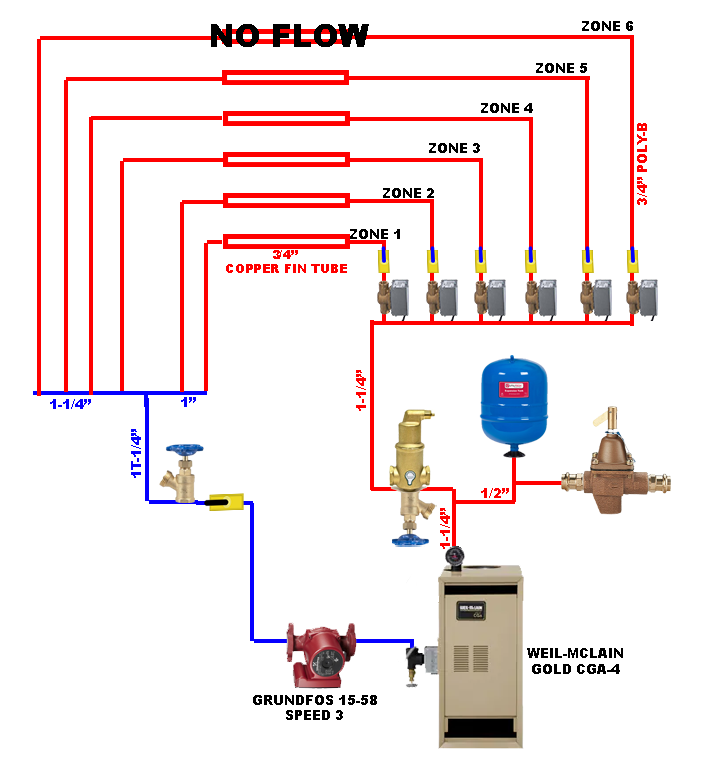 Situation: system is unable to heat the house to a comfortable level (our living room is barely able to maintain 64F with outside temperatures hovering around freezing and thermostat set to 70F -- and only by sacrificing heat on the other side of the house). We are unable to get heat in all zones at the same time. This is the main list of "problems"
- Zone 6 is not getting any water flow and we are unable to flush it. This zone has essentially been abandoned as it only services one room in the basement. We are heating it with a small electric heater.
- We are only able to get heat in one, sometimes 2 zones at a time. All zones, except for Zone 6, can get heat if all the other ones are shut off/not calling for heat. If more than one zone calls for heat, radiators go from hot to warm or cold. Based on the diagram I drew, we are unable to get heat in Zone 1 or 2 AND any of the other zones at the same time (more on this below).

Diagnostics and repairs already done:
-we had a plumber (recommended by the previous home owner) come when we first moved in a few months ago and together we flushed all the zones with the pressure reducing valve flipped up, both backwards and forwards. That was the extent of his suggestions on diagnostics. He did not strike me as being very knowledgeable on these systems. We have flushed all zones 3 times now, for extended periods of time. Lots of brown sludge and sediment came out the first time, less so the second and third time. For Zone 6 we can only get a slight trickle of water flowing through both forwards and backwards.
- Every baseboard has an air vent fitting. They have all been opened after flushing. No air found. System is very quiet when running. The air vent in the zone 6 baseboard leaks a very slight trickle of water when opened, and I can see "crud" in the line under the fitting. The zone is either plugged or the line may have kinked in the slab when the house settled?
- Thermostats are all new and the correct type (24V)
- I have verified the mechanical heads on all the zone valves work correctly. They all open when the thermostats are calling for heat and shut off also.
- I opened the actual valve for Zone 6 and verified it is not plugged and internals work as they should.
- While playing with zones in an attempt to figure out where the problem was, I noticed the longer zones servicing the upstairs take a long time to warm up when calling for heat. The Grundfos circulator is set on Speed 3 so this seemed odd as there should be a fair bit of flow through the 3/4inch pipe with only one zone opened. The head loss in the system SHOULD be fairly low given the longest loops are estimated to be around 150ft and they are 3/4inch all the way through. I checked the amperage on the circulator while running and it consistently draws around 0.6amps while running, which is quite a bit below what the plate says should draw for speed 3 (should be closer to 0.75amps). At this point, I suspected possibly a bad circulator and decided to swap it out. I bought a new 15-58 and swapped it in, but unfortunately system performance did not change. New pump also only draws about 0.6amps. Pump was primed and system was flushed free of air again.
- While swapping the pump though I noticed A LOT of crud in the elbow directly below the pump between the pump and the boiler (see picture).
- There are no visible leaks anywhere in the boiler room.
- Expansion tank has 12psi in the chamber (matching the pressure reducing valve). Tank has a noticeable change in sound in the top vs bottom half.
- All the baseboards are installed correctly with a good sized gap underneath of about 1.5inches. They have all been vacuumed and brushed clean. The fins are in good shape and oriented correctly.

Problems to be addressed and theories:
- The return lines for zone 1 and zone 2 go into a T, with zones 3/4/5/6 coming in on the opposite run, all feeding into the branch of the tee that goes to the circulator. This seems like a bad idea to have zones competing for flow into the T from opposite sides. I plan on simply moving the returns from zone 1 and 2 so all zone returns are flowing in the same direction.
- I also suspect there is something obstructing flow in the system, likely near the boiler as it seems to affect all zones. Maybe some of this crud has formed a plug somewhere which is throttling the circulator pump (leading to poor flow and low amp draw on the circulator)? I am not sure how to deal with this given that flushing the system has not removed it. While flushing the system I have let some water (at lower pressure) run through the boiler (in case that's where the sediment is) to try and flush that section of the system too, but it obviously did not work as I found all that crud when I changed the circulator.
- Should I keep flushing the system? Could it be just a crud plug somewhere near the boiler that's throttling the pump output and thus there is only enough flow to sustain one zone at a time? Plus with the returns opposing each other, they are competing for the T on the return?

Does anybody have any other ideas of things I could try?
Like I said above, we are considering re-piping the system this spring/summer as we would like to get rid of the polybutylene pipe but we may delay it another year or two if we can get the system working to an acceptable level.

Sorry for the long post and thank you for any ideas!! 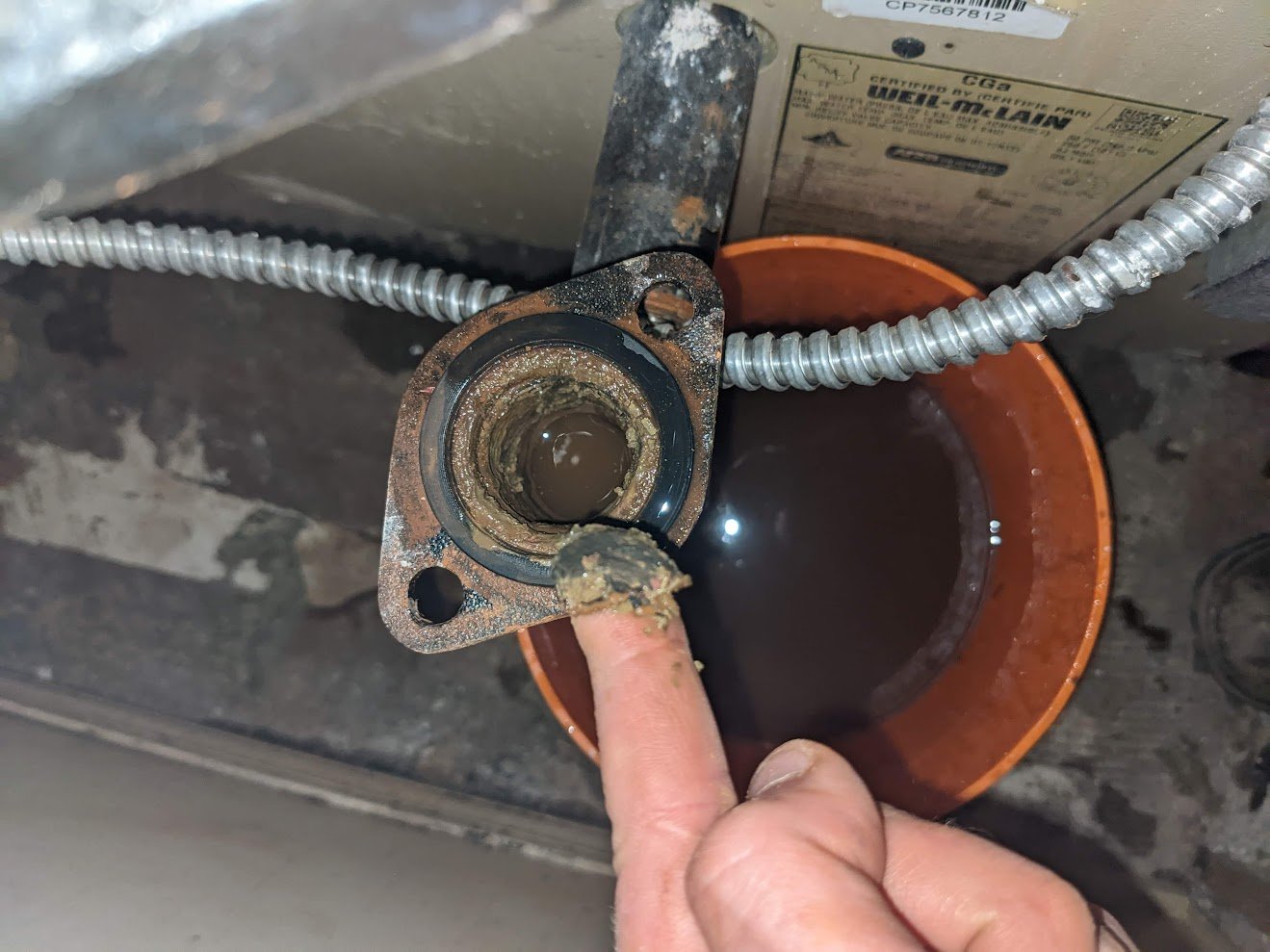 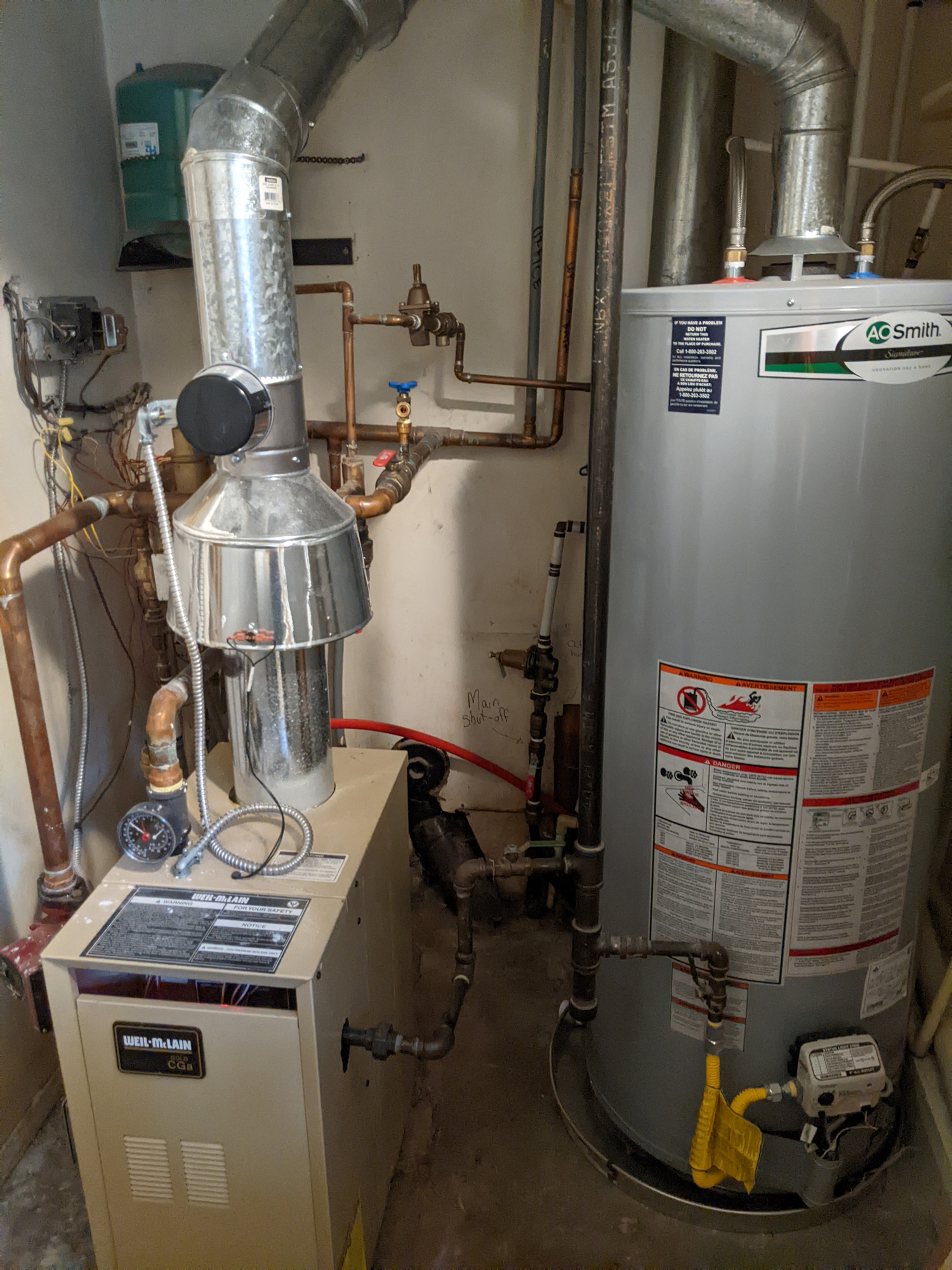