northlakes Member Posts: 36
September 13 in Gas Heating
Trying to fill a hydronic system after replacing a number of sections of fin tube. I’ve read threads and watched YT vids on how to purge but none seem to have the boiler/hydronic configuration I do: Three floors with one zone each, zone valves and one system circ. No shutoffs or drains in the return legs. Only drains I can find are at each boiler, one in the bottom of an air scoop (which doesn’t do anything but a drip when I open it) and one drain at the end of one of the lowest baseboards in the system, about 10 ft upstream from where the returns converge.
I have some bleeders in various locations in the system and three on top floor, but it seems maybe not at the highest point of the loop on that floor. I’ve tried filling and purging the system using the bleeders but they squirt water and it seems like I’ve still got an airlock somewhere, as when I fire it the heat travels far more slowly than I’d expect through pipes in all zones, and half the loop on top floor won’t heat at all. Circ is louder than I’d expect so it seems there is air. I hear trickling sounds sometimes but not always. Opened zone valves both manually and with thermostats, (just in case one isn’t opening?) but with no change.
The way each floor loop has a tee at supply and return makes me think I can’t really force air out where I suspect it’s stuck (assume the water can just divert around the other leg of the loop?) is there a way to purge air in this system without cutting into it?
Drawing is a bit clumsy but maybe it helps. 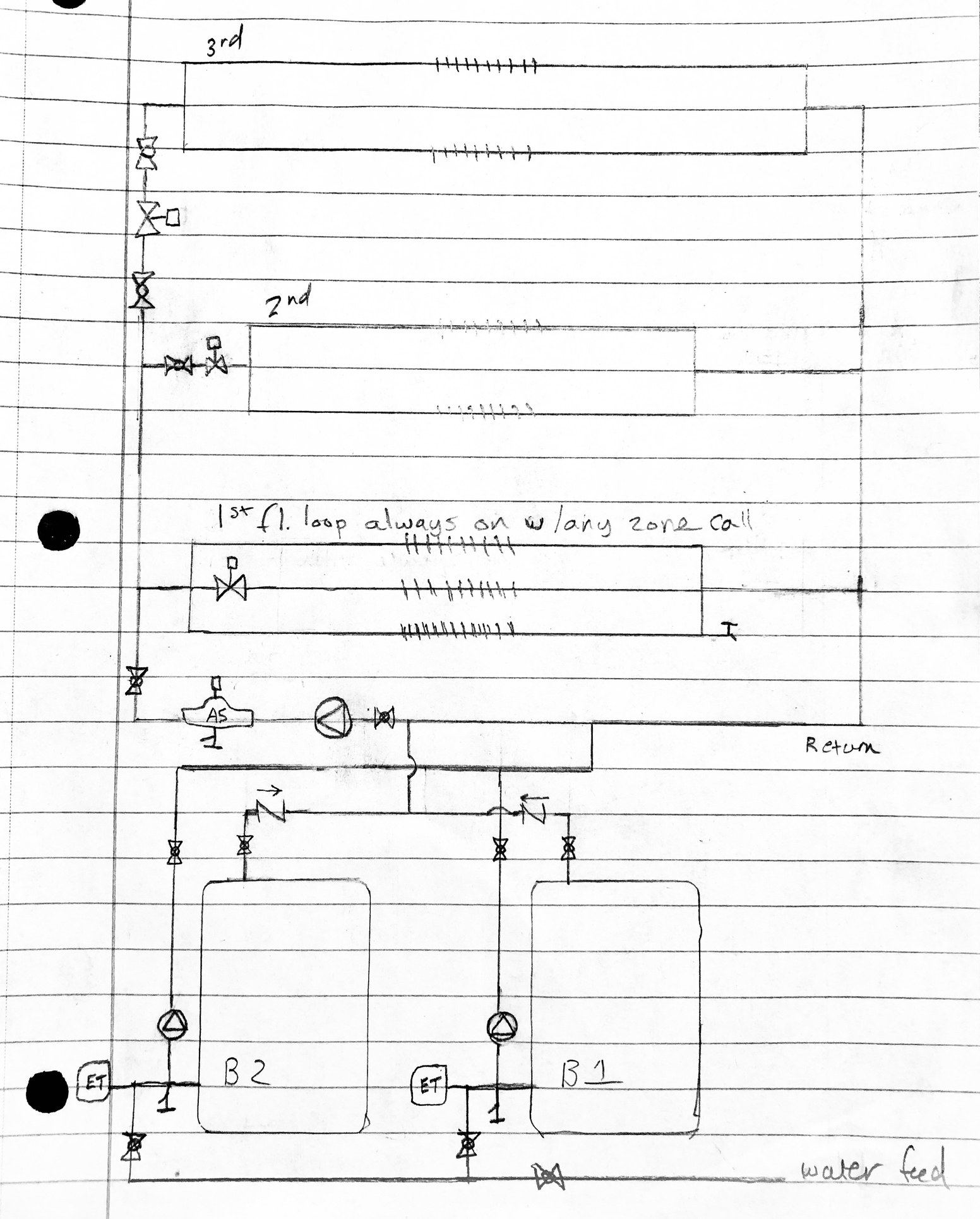