JakeCK Member Posts: 869
October 2021 edited October 2021 in Domestic Hot Water
So my current water heater is pushing 14+ years. And I discovered a while back that the flue it vents in to has been open for years to a stud bay in the kitchen where the wood or coal stove used to vent. Previous HO had covered the hole in the plaster with a metal pie plate and then plastered over that. As a consequence of the age of the current tank, the need for the flue to be relined, and the just finished solar installation (110% offset), I decided to go with a Heat pump water heater as a replacement. This would also allow me to tear down 1 of 3 chimney's(initially to just below the attic floor) reducing heat loss even further. There is also the added benefit of dehumidification and cooling of the basement in the summer. Currently I run a dehumidifier Late April/early May to October, and it raises the temperature quite a bit down there.

Now with that all out of the way here is what I have so far: Everything is dry fitted so changes would be easy. Old tank is still hooked up but I've shut off the gas so I'm not wasting energy. 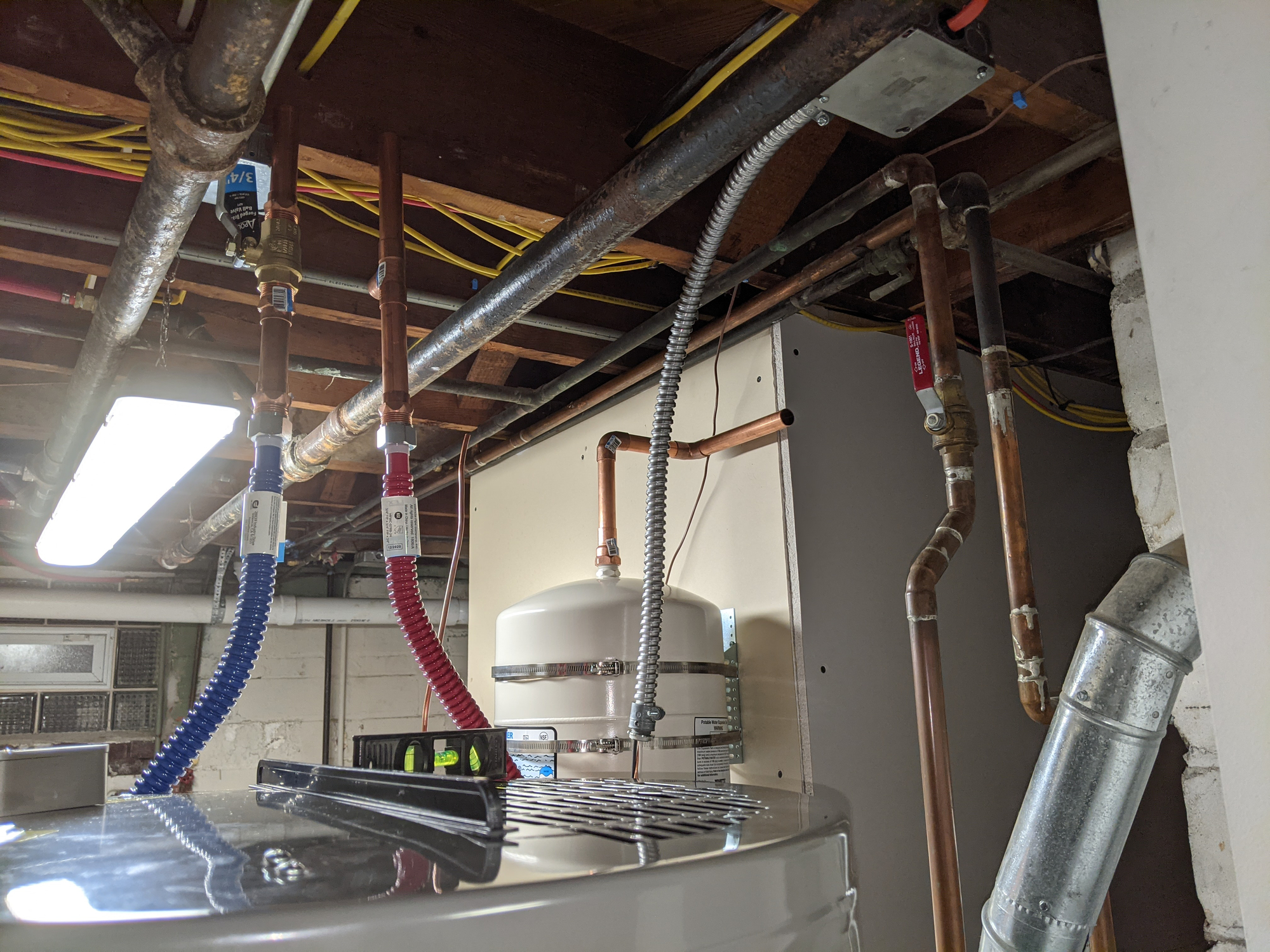 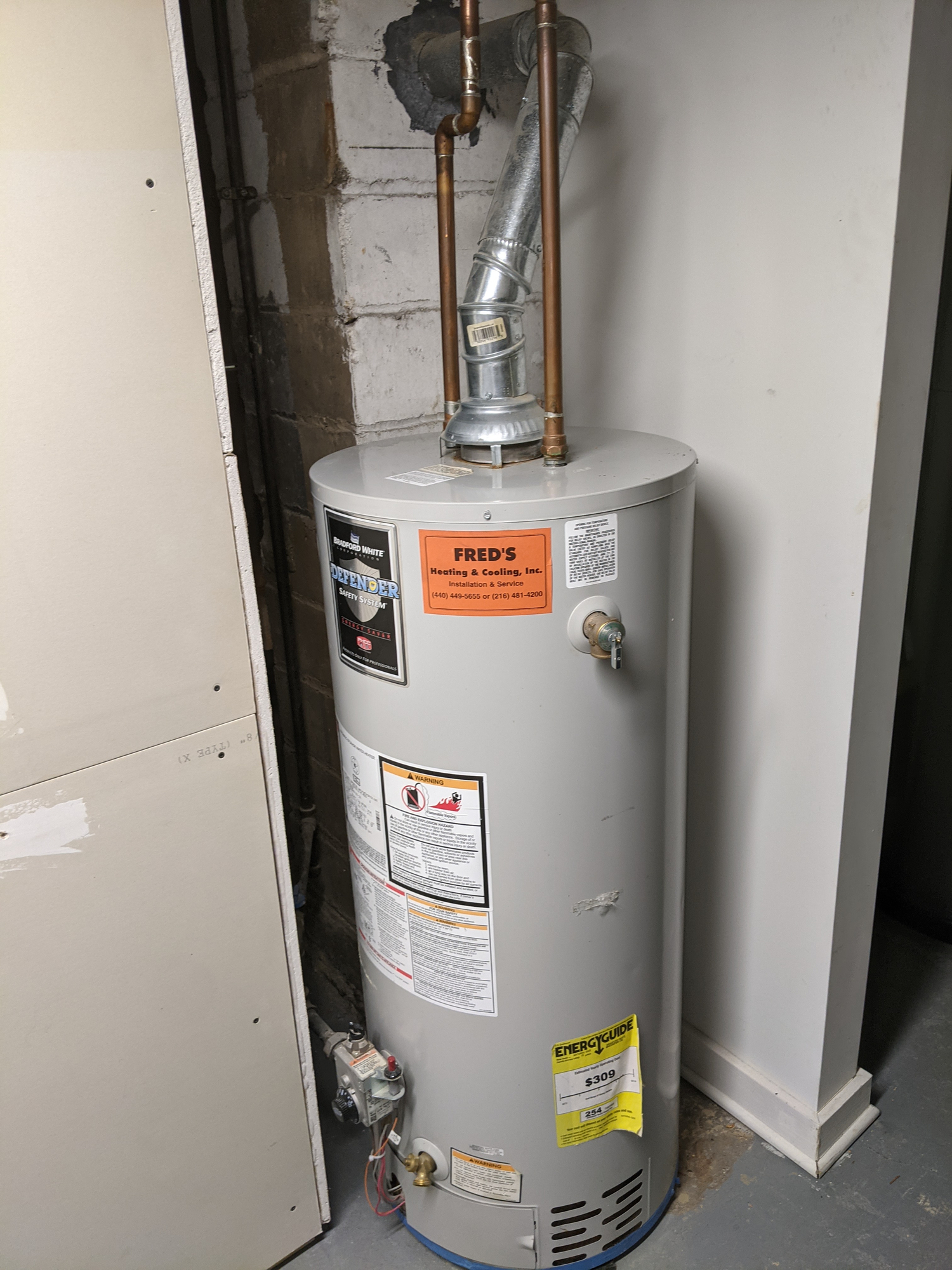 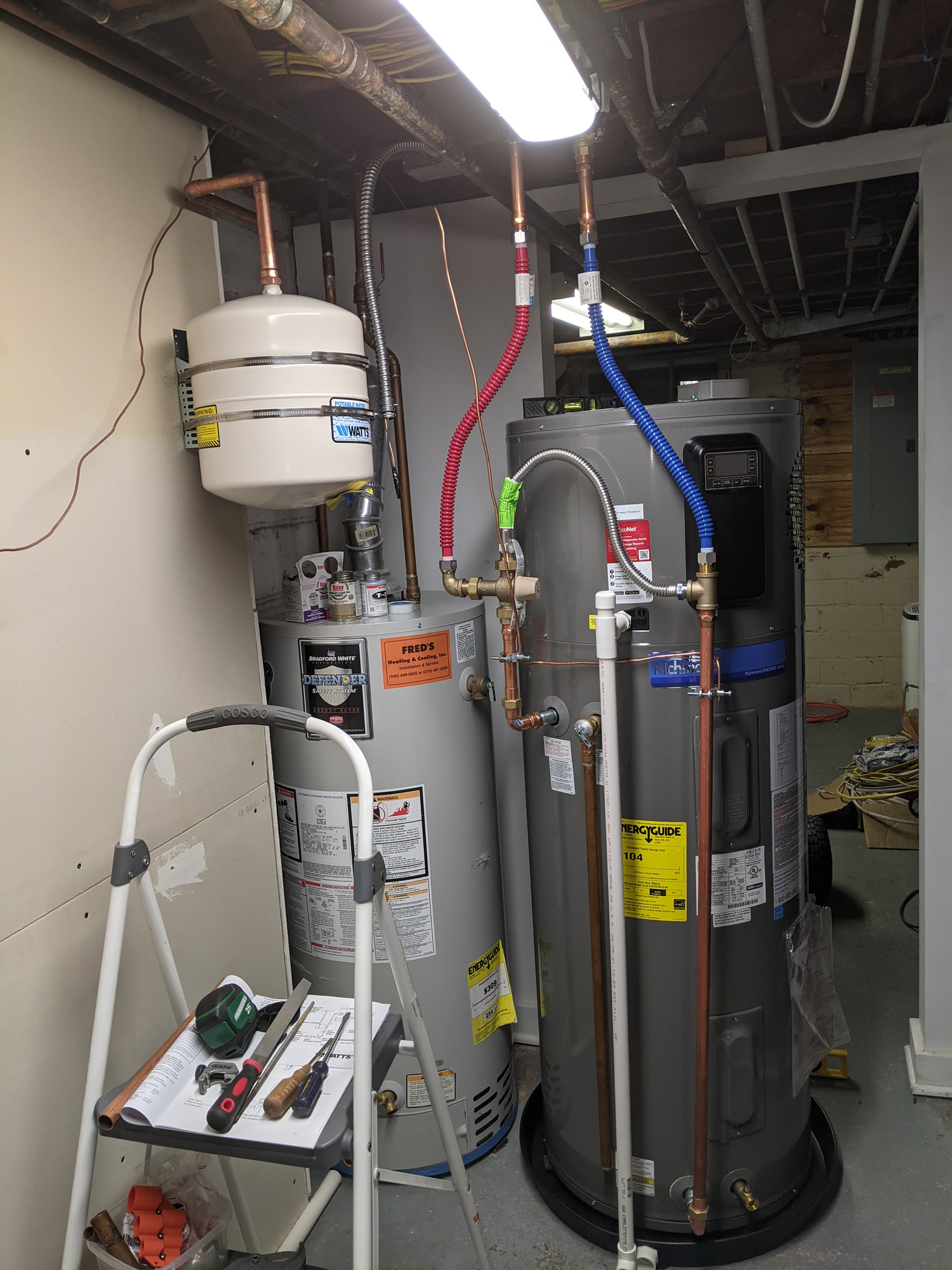 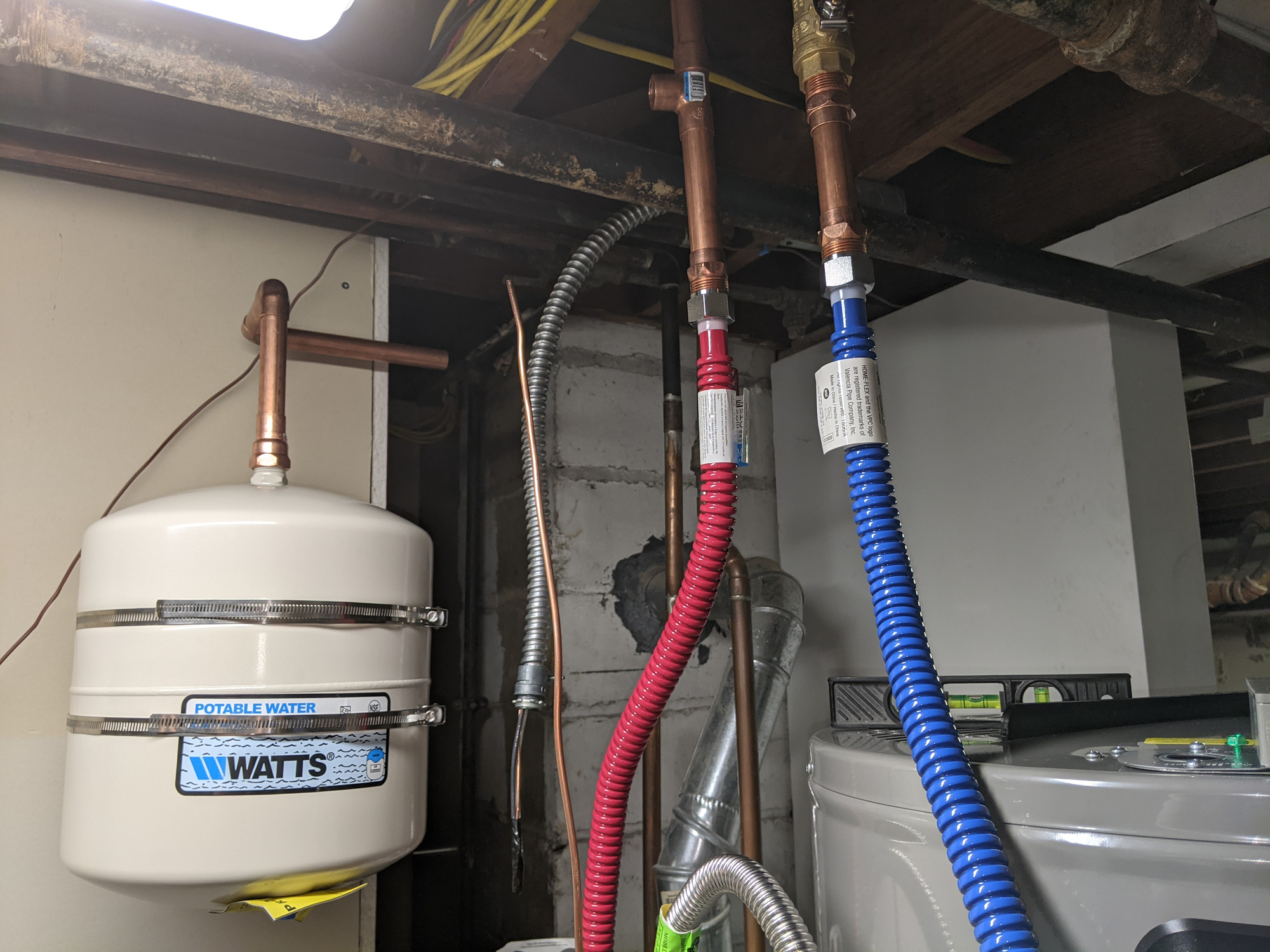 Any glaring mistakes I should correct before I pull out the old tank? Also no I have not been running the old tank with out a pipe on the T&P valve. I moved it to the new tank.

Unfortunately I'll probably be forced to use a sharkbite for the two connections to the existing water lines. There is cat6, a gas line and a joist right where I would have to sweat the pipe.

I also need to order the intake kit so I can have it pull air from the main room with the boiler in it.
0