johncharles Member Posts: 45
August 2021 in A-C, Heat Pumps & Refrigeration
My house has two air conditioning systems, one on the first floor that I installed DYI this spring, and it's working great. The second is a hi-velocity system in my attic which has a bunch of issues, the computer boards died this was a common issue with this unit and was the hvac equivalent of recalled. But since the unit is out of warranty and the replacement part costs more than a standard air handler delivered. Additionally it never kept up on hot days even after having the refrigerant levels checked by two different professionals. To add to that, it was always loud and then a racoon got into my attic and pulled out all the ducts anyway.

I've finally gotten around to redoing all this duct work with standard duct work, and replacing the indoor air handler with a standard air handler. The existing condenser unit is running perfectly and is only about 10 years old, factory charged with 410A so not an old unit.

I started this project this morning by pumping down the refrigerant into the condenser it took a lot less time than I expected. But there seems to be an issue with the valves keeping the charge in the unit.

I expected to find standard king valves to close instead I found these: 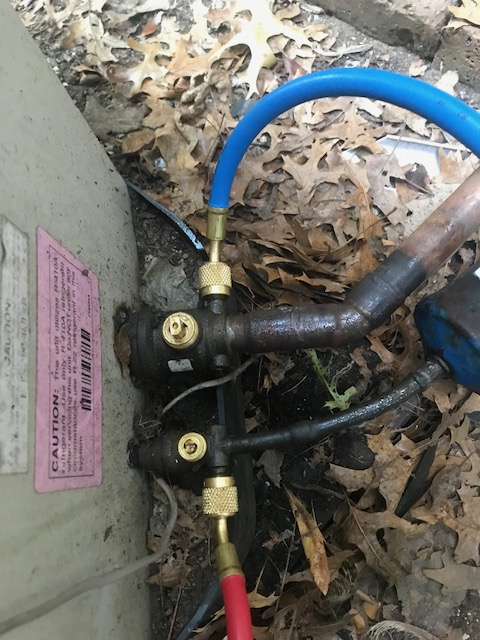 I think they are refrigerant ball valves? They are both leaking from the packing, when I took the covers off both released a little puff of gas. The bigger issue is that I was able to pump this system down to dead 0 with the compressor by shutting the high side and leaving the low side open, then shutting the low side valve when the gauge hit 0.

But after leaving the system to sit for about an hour I'm seeing that one or both of them are leaking by the pressure has gone up from 0 on both sides to about 10PSI. 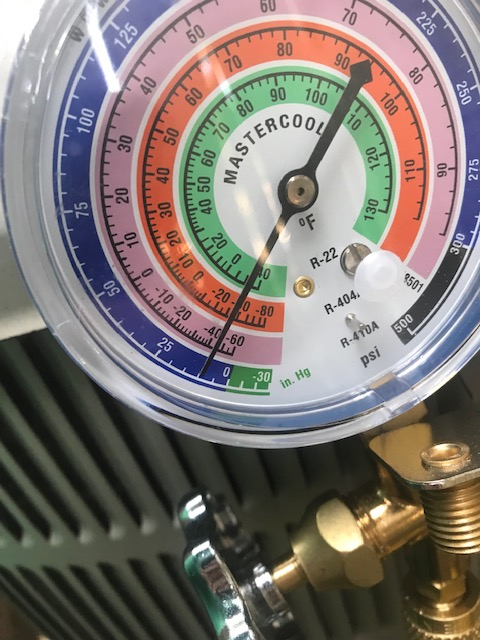 If I were a pro, I would likely just fully recover, but not being one I don't have a recovery machine and i was hoping to avoid buying one, as the compressor could do that for me. My question is at this point is there anything I could do to help these seal up? Are there any temporary caps I could put on the lines or something like that? I still need to re-do the duct work and was hoping that I could get the AHU out of the way before starting that work. But clearly if I removed it now, I'd likely end up loosing a good amount of charge before I got the new AHU installed. Additionally with it like this, I'm not sure I could sliver up the new unit without leaks. And even if I could I don't know how I could pull a good vacuum with these leaking.

Any suggestions would be appreciated.