Skyline Member Posts: 136
May 2021 in Gas Heating
The TriAngle Tube non-condensing combi-boiler had been replaced last September with Viessmann 222-F, B2TB combi-condensing boiler. In our digital age, where every data is collected and made available for consumption, swapping the boilers just prior to the heating season lends itself to compare operational cost for the same period. If for nothing else, to verify the much advertised savings, that condensing boilers provide. Well at least, that's how most companies/contractors sold this solution. 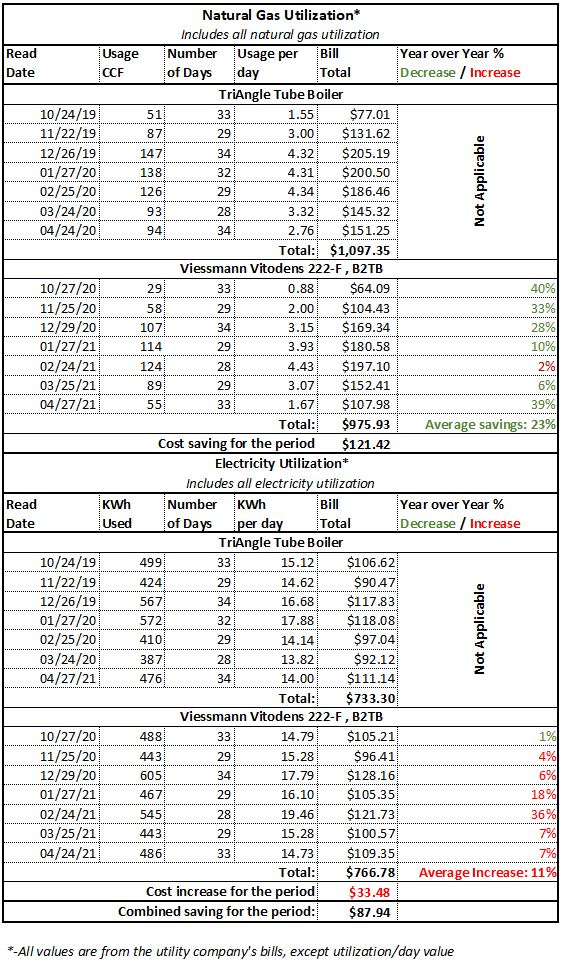 That's an average of $12.56 savings with electricity utilization taken into account. Projection for one year savings results in $150.75, that doesn't even cover the yearly maintence cost for the condensing boiler. Maybe the next five month operational cost will decrease when compared last year and the operational cost decrease breaks even with the yearly maintenance cost, but that's a big if at the moment.

PS: Comparing the operational cost for different type of boilers is fair for the same house/environment.