Intake/Exhaust question:
The floor mount had 3" PVC intake/exhaust into a concentric. I had to cut out the old PVC and I left a stud to step down to the 2" the new unit will require. My issue is I need to wall mount the unit before plumbing the intake/exhaust PVC and in doing so I'm not going to be able to slide the PVC into the reducers I will have to use. This brings me to my two options.

1. I don't think this is code. but use a 3" to 2" reducing rubber coupler. This would allow me to slide the coupler down the pipe, insert it into the flue of the boiler and then slide the coupler up into place. The manuf. instructions just state the following and I have no idea where to even look in NFPA 54 for coupler requirements. [quote]Venting requirements differ in the US and Canada. Consult the following chart or the most recent edition of ANSI Z223.1/NFPA 54 as well as all applicable local codes and regulations when selecting vent pipe materials. Do not use cellular core PVC (ASTM F891), cellular core CPVC, or Radel®(polyphenolsulfone) for the exhaust vent. ]/quote]
2. I use a 2" PVC union which will also be air tight and allow me to slide the pipe into the flue and hopefully into place. What do you guys do when you already have a fixed intake/exhaust to mate the new piping to the old and keep it up to code?

Pipe sizing
The manuf. states the following [quote]For the upstream side of all pumps, use straight pipes with a minimum inside diameter of 1/2 in (12 mm)[/quote].
Does this mean so long as my ID of all pipes post circ. pump has an ID of .5" or greater I'm good? The reason I ask is the boiler I'm getting has an optional primary manifold kit. The kit is 1" feed and return to boiler w/ a 1.5" secondary circuit piece. All of my existing piping, flow valves, etc. are all 1". I don't see any issues stepping down from the 1.5" to 1" except for my OCD. I'm not much of a plumber but I'm almost tempted to plumb my primary circuit just using 1" for the entire thing so I won't need to get 1.5 to 1" reducers. Opinions? 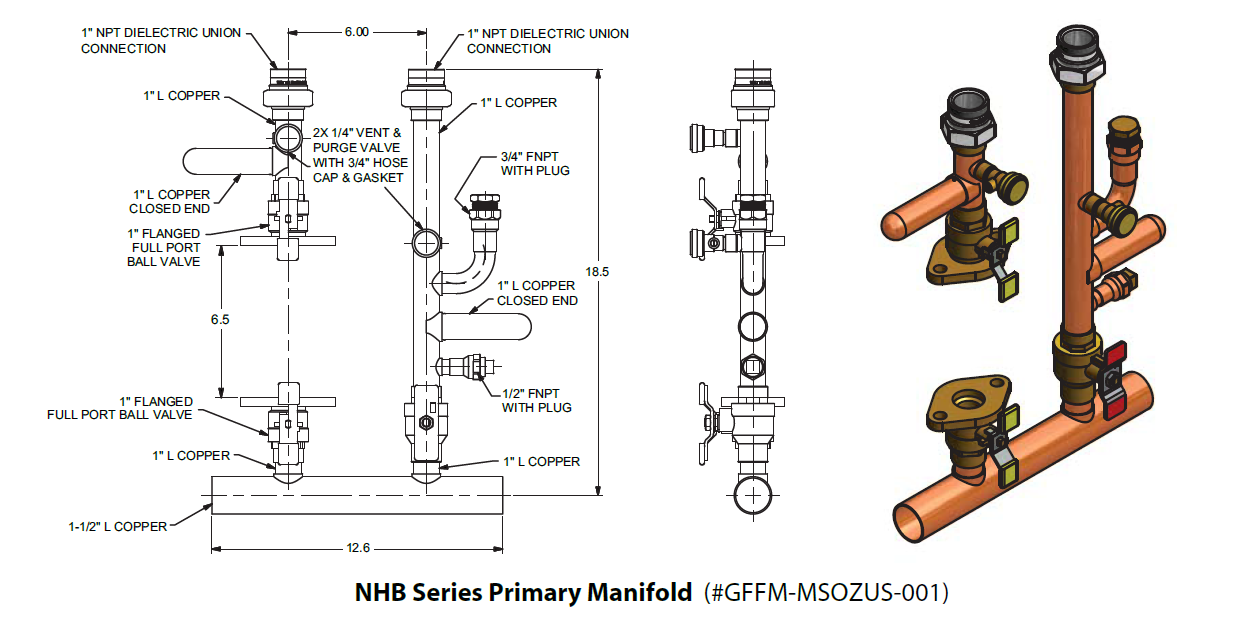 I don't see mention of secondary side flow loss restrictions based on bends. Reason I ask this is if i use the prebuilt manifold I'm going to have to do a 180 as the feed side is on the opposite side that the manifold kit dumps it out (to the right). I don't see many 180 deg. fittings out there so I have to assume there is a reason for it but I'm not all that well versed in fluid dynamics. N

ext, is it taboo for flow or turbulence issues to have a 90 right next to a manifold? IE my manifold loop feed is going to require a 1" 90 street elbow right off of it. What about 90 degree turns in general?

Thanks again guys, you've been super helpful in my quest to replace my own boiler and learn a ton in the process.