wonka1981 Member Posts: 4
January 2021 in Gas Heating
Hello this is my first post.  First house with a boiler but have been reading up on this site. It has been helpful but I am still having issues. I have a 50's era American standard boiler with cast iron baseray baseboards. System still works and heats well, but i have been having issues with trapped air and banging noises when the main upstairs zone kicks in. The other two zones a r e fine. Things I have done so far is:
-Replace bleeder valves on all baseboards that have them.
-Had a plumber friend add an air separator on each zone (return side before the circulators)  he also added hose connections and valves for purging the system and replaced the old failed expansion tank.
As you will see in the photos, I now have a hybrid of old and new. He did what he could based on the existing piping setup from previous owners.

I continue to have a banging sound on a few of the baseboards even with the air separators and bleeding the valves. I can still hear water flow which leads me to believe there is still air getting in somehow?

I am beginning to think that it may be expansion/contraction?

Sorry for the long post,  any help from someone that knows to they are talking about would be great.
Thanks in 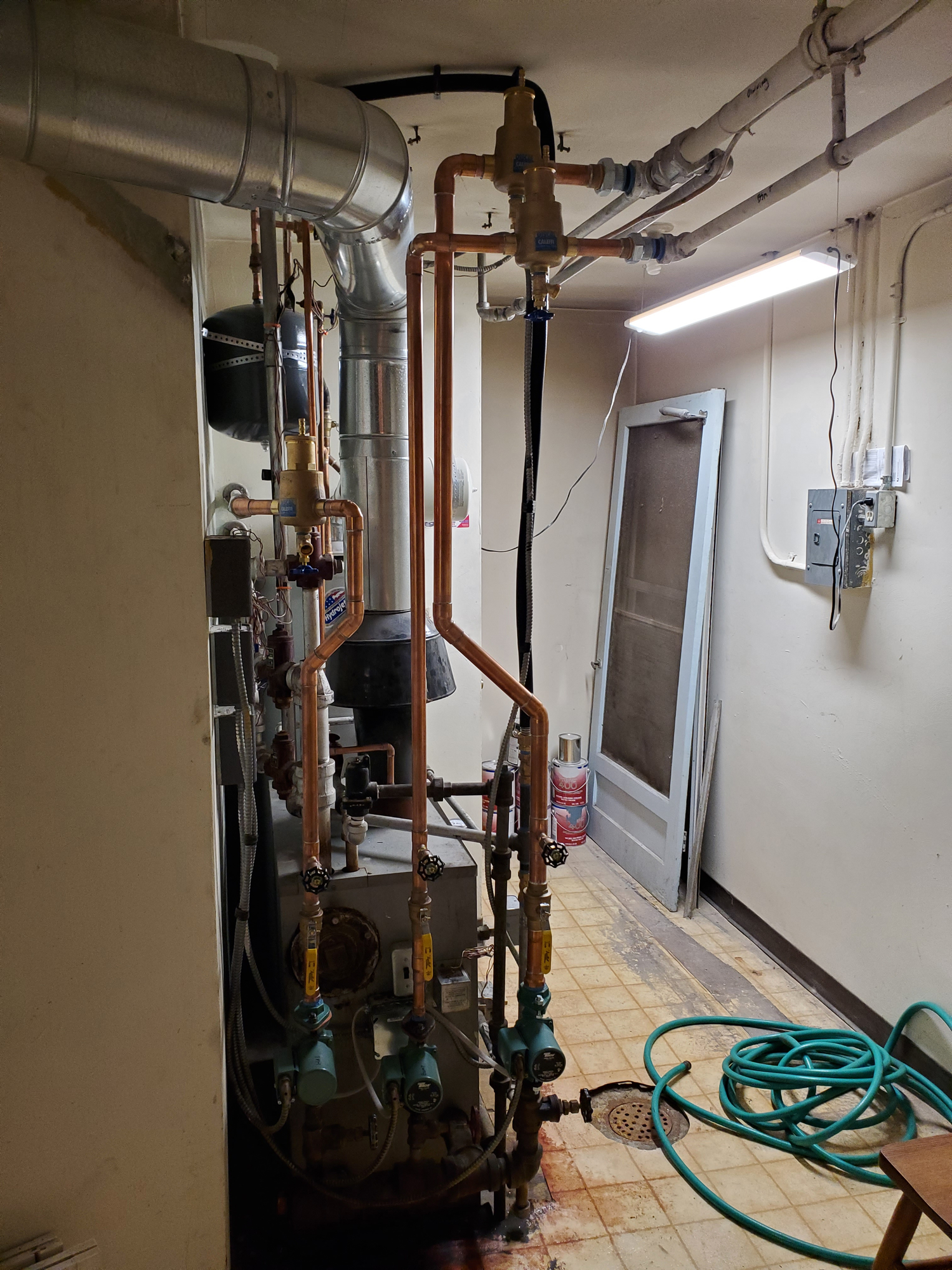 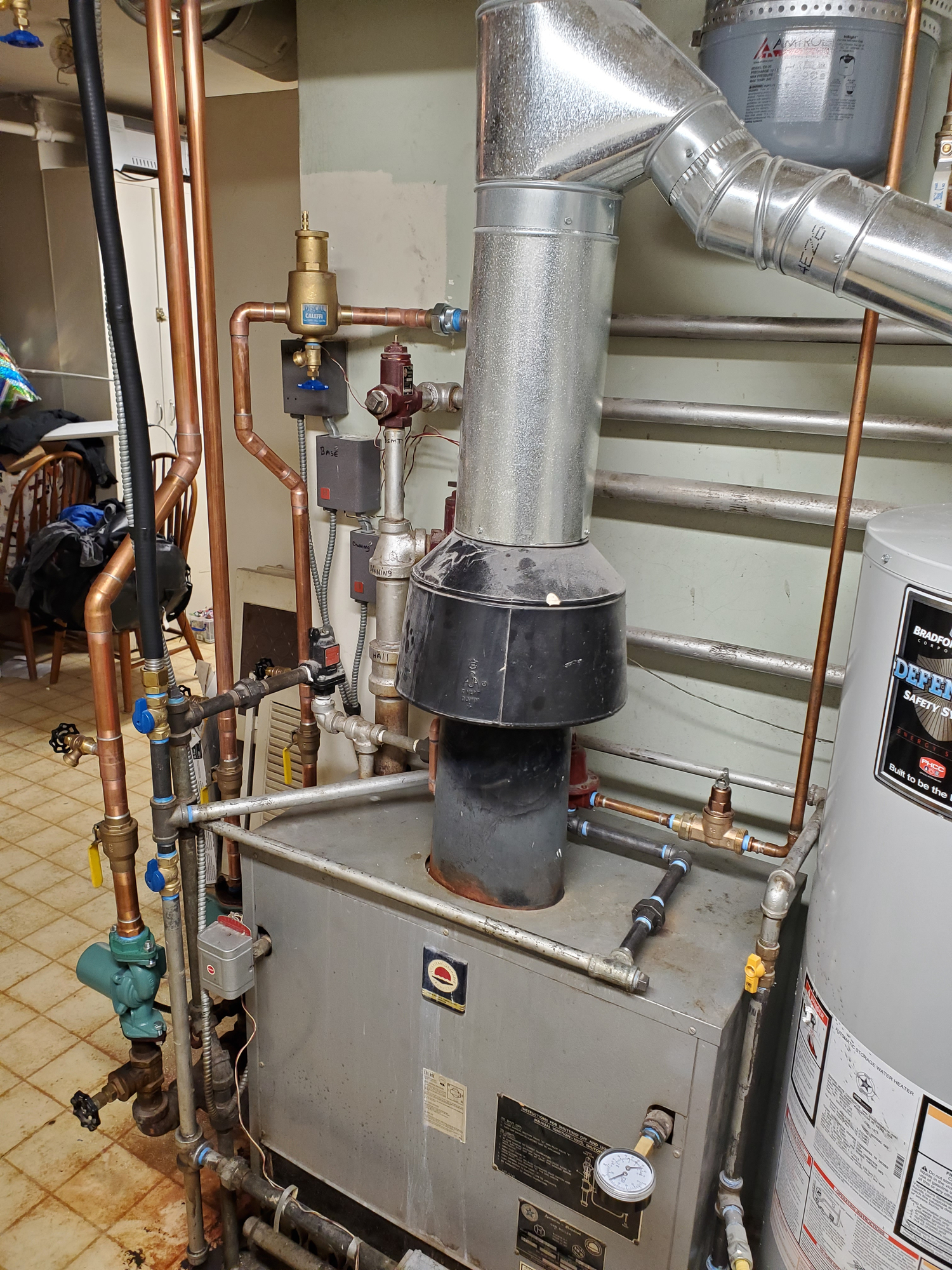 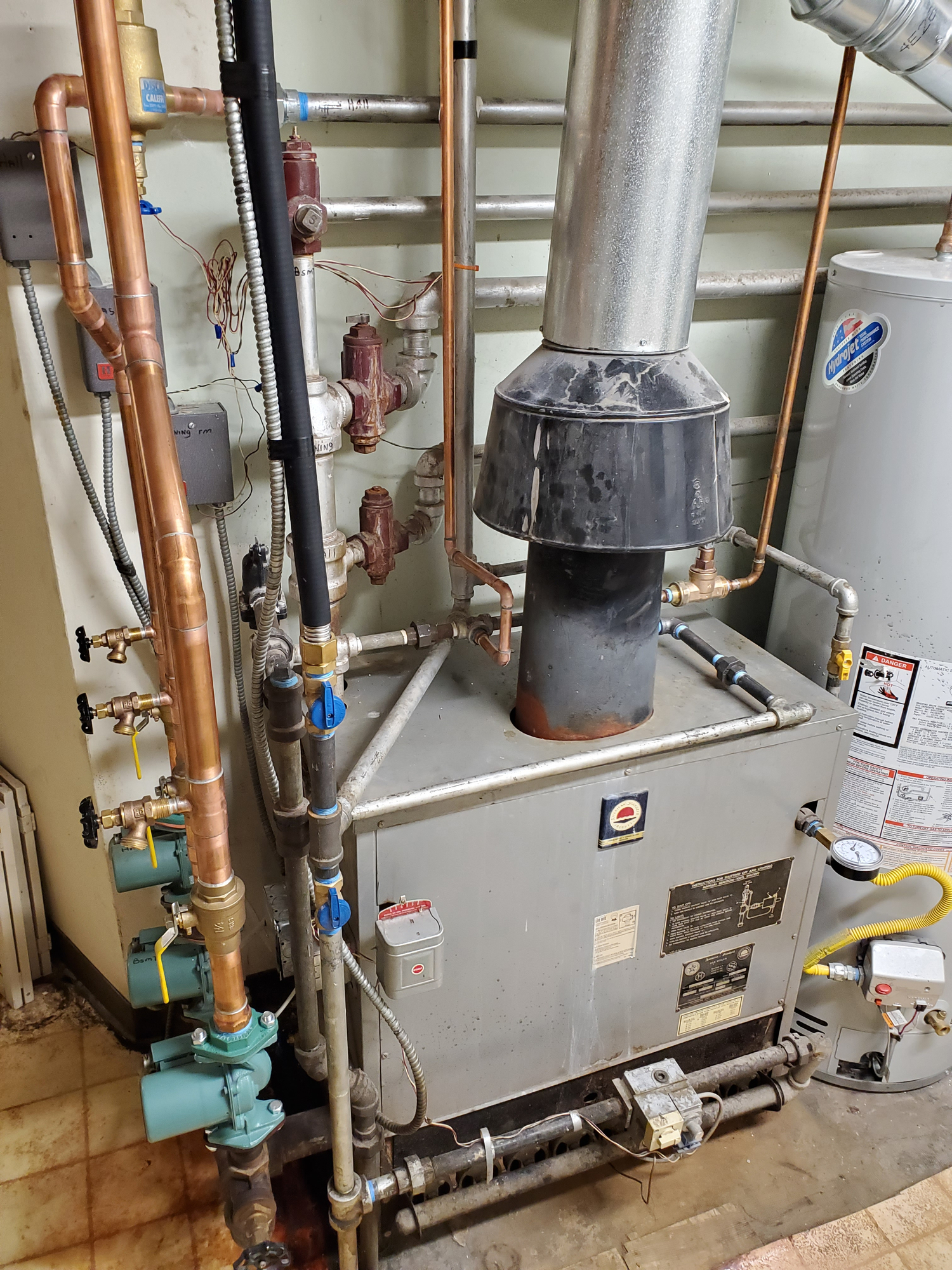