The Wall
Home› Controls
Click here to Find a Contractor in your area.
Welcome! Here are the website rules, as well as some tips for using this forum.

D107 Member Posts: 1,670
March 14 in Controls
Currently using VT2218 on speed 3 with 8 ft head (3 zone valves heating). With all three zones calling, Basement zone gets about 2gpm, Main Zone 3gpm, 2Fl zone 2gpm, = 7gpm in all, but system usually shows 10gpm. Ideally we’d like one more gpm on 2Fl zone = 3gpm. I would move to speed 4 to get that but circuit setters get very noisy past a certain throttling point since they weren’t installed with required piping straightaway. So we’ve been advised to swap out 2218 with VR1816 in constant pressure mode which hopefully will reduce need for any throttling and may be more efficient overall.

So if I switch circ out to VR1816 Constant Pressure mode, to get that 10gpm system flow (and total 8gpm+ flow for all three zones) it looks like 8 head setting is closest. As far as i understand ∆P pumping, when just one 2gpm zone calls, pump will ramp down from 10gpm to maybe 2-3 to cover that zone. I totally can’t tell that from reading the pump curve, but that’s the explanation i’ve heard.

I just want to make sure I’m in the ballpark and won’t find out after the switch that the Constant Speed VT2218 covered it better. 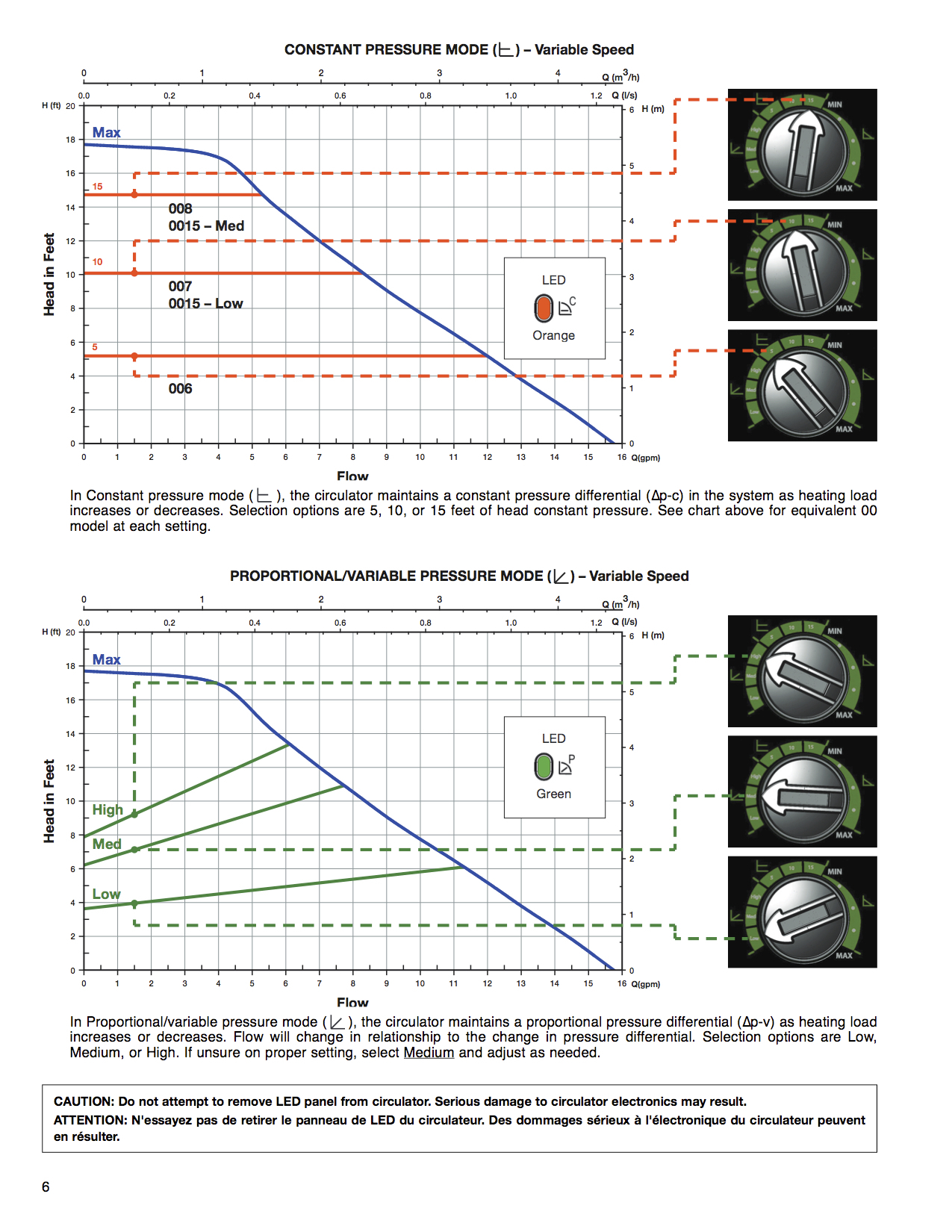