HeloDog Member Posts: 34
December 2019 in Radiant Heating
I’m getting estimates to replace my existing cast iron boiler and would like some insight into how best to provide return water temperature protection given my existing system. Also any improvements to my existing piping layout would be appreciated. 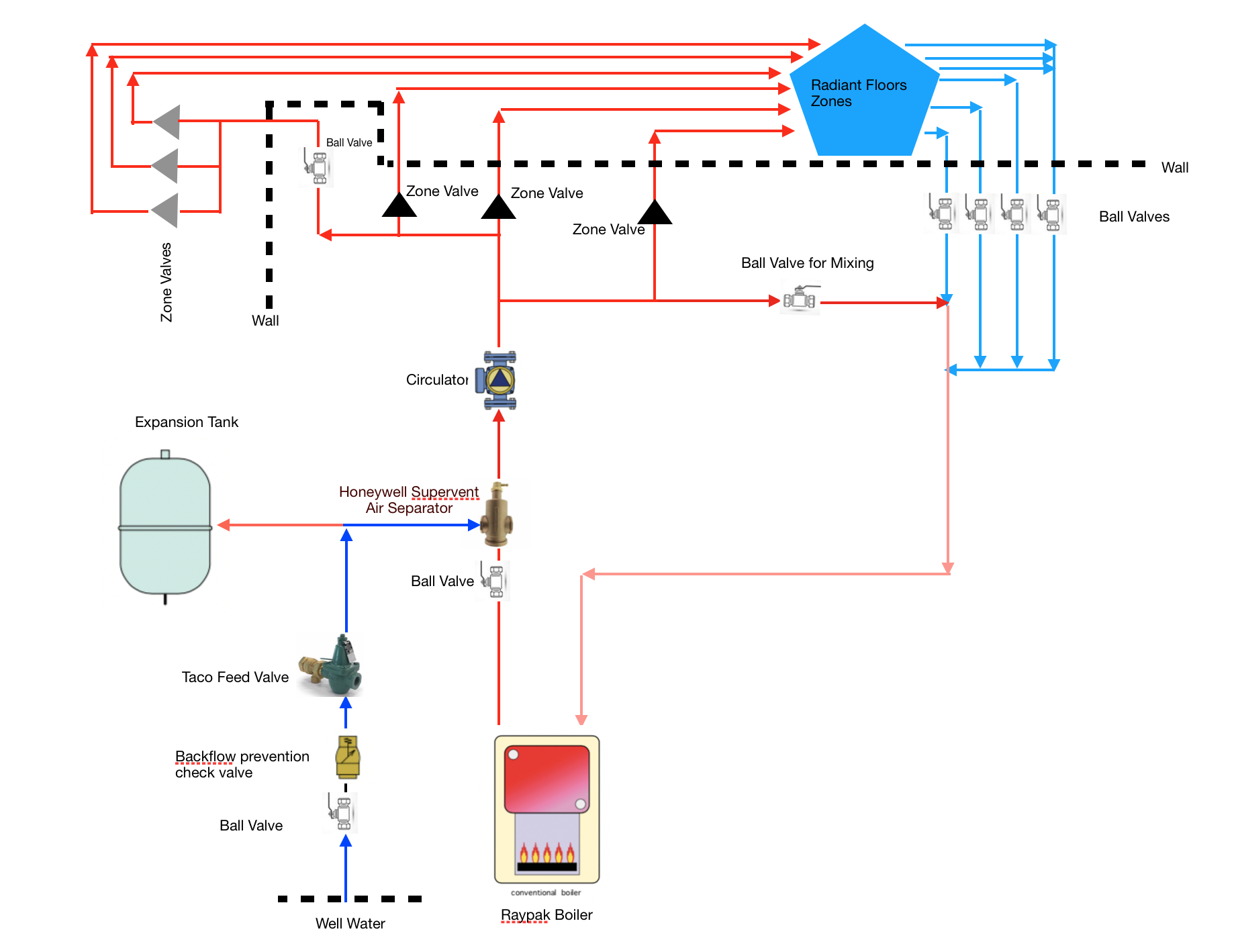 None of the proposals or HVAC people have suggested any protection is needed. They plan to use the existing piping and make as little change as possible. So if I want anything different, I’m pretty sure I’m going to have to ask for it.

Slant/Fin and Weil-McLain cast iron boilers have been proposed so I've read over their installation manuals. For radiant floors, both the Weil-McLain and Slant/Fin manuals recommend using primary/secondary piping or a method they call Boiler-Bypass to provide return water temperature protection. Slant Fin also says a three-way valve arrangement will work. Meanwhile, Weil-McLain says do NOT use a method they call a System-bypass method for radiant floors because it could result in excessive water temperature in the radiant tubing.

Unfortunately, my existing piping looks to me like that System-bypass method Weil-McLain says not to use for radiant floors. That doesn't sound good. Although it seems to me that in my setup, the boiler aquastat and temperature gauge are providing over temperature protection to the radiant tubing so I don't get why that would be a concern.

So is it as simple as adding a temperature gauge on the return line next the boiler, replacing the mixing ball valve with an actual mixing valve and checking the temperature occasionally?