RDG151 Member Posts: 4
December 2019 in Strictly Steam
Hi, everyone. This is my first time posting, but I've read through a bunch of other posts. I just bought a new house with a steam boiler. With the help of the Gill/Pajek venting pdf on this site, I got the venting straightened out (it was all over the place). Now I’m looking at the near boiler piping.

Currently, the house heats evenly, and is very comfortable. The system has 400SF of connected radiation, and it’s served by a Peerless 63-04 gas-fired boiler. There is one 2-1/2” main which runs in a loop around the basement; it’s 105’ long with 1" insulation.

Out of the boiler, a single 2” riser goes through a 90-degree elbow and feeds directly (horizontally) into the main. I’m wondering if I should simply revise the piping to match the IOM, or if there are efficiencies to be gained by going to (2) 3” risers and a 3” header. Since the main is at 2-1/2” and using 3" would lead to an increase in velocity between the header and main, is there any benefit to this compared to (2) 2” risers and a 2-1/2” header? Does a drop header make sense here since we have pretty good height to work with, or is it all about the pipe sizes?

Another thought that crossed my mind – are we currently getting wet steam even with the height of the existing 2" riser? Or will the steam in the system be dry but overall efficiency is poor due to steam condensing in the 2” riser?

Any insight would be greatly appreciated. Thanks. 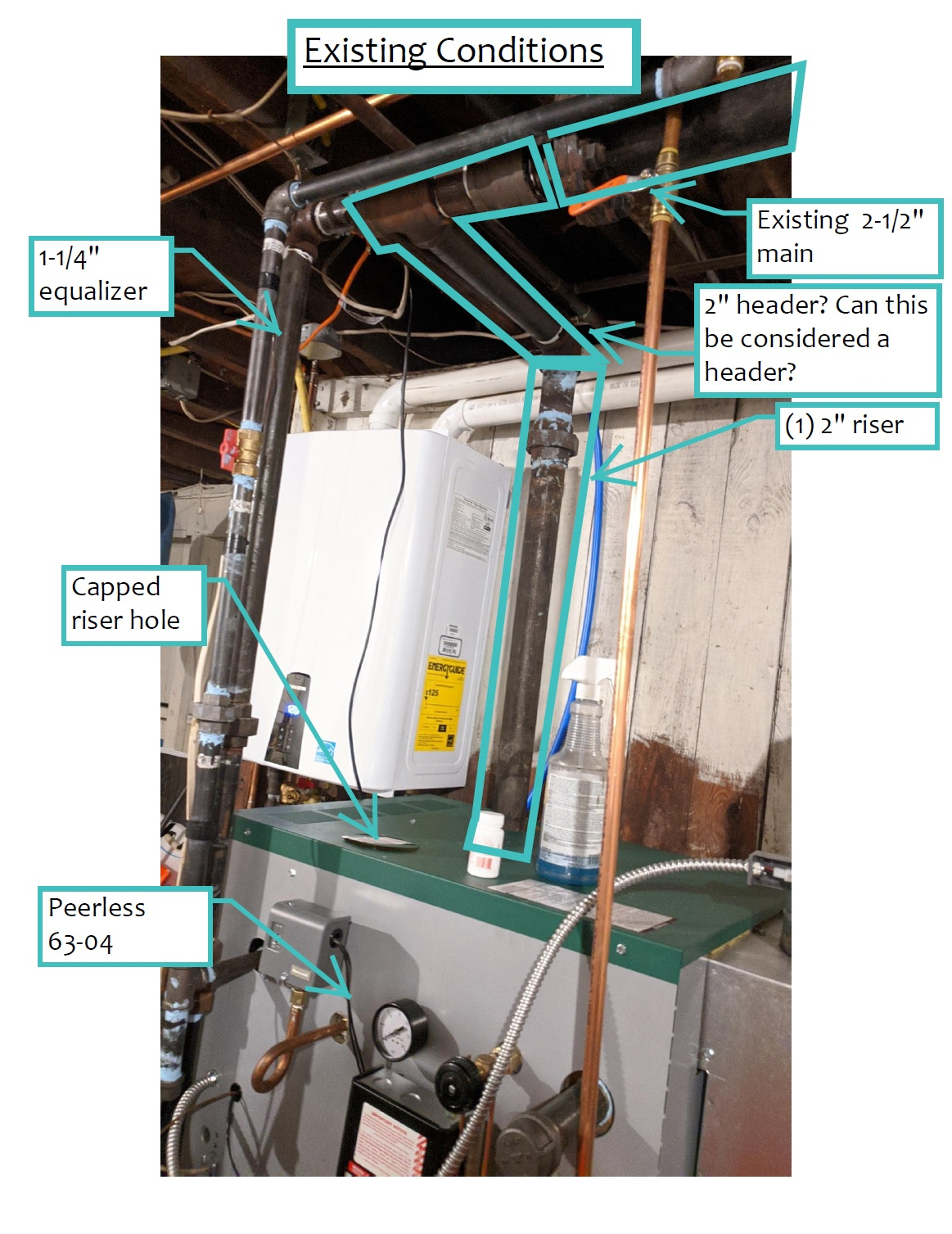