A HEATING STORY WITH A TWIST 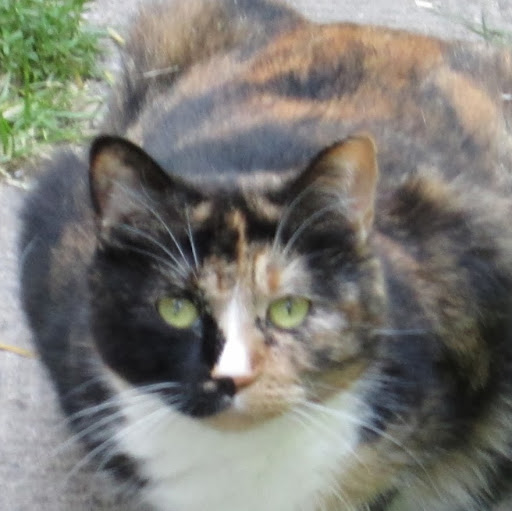 Jackmartin Member Posts: 159
November 2019 in THE MAIN WALL
I meet an old friend in the grocery store on Saturday and it brought this old story to mind. The chaps name is George and he is Polish-born and bred. George was an excellent athlete, he was the boxing champion of Poland, and he fought in most of the Slavic countries and did well. George was also someone that did not put up with things he did not agree with, aka Communism. He was an outspoken critic and given his fame for boxing, he was well known. So, the Goons in power decided to make an example of this big-mouthed boxer. George had a lot of friends and he got wind of this and decided the safest place for him was at sea, he shipped out on a fishing ship and for the next twenty years, he saw much of the world.

Unfortunately, even if George had forgotten his years in Poland, the government had not. The ship he was on docked at Halifax and two unsavoury people came looking for our hero. They tried to board the ship but, the captain and the other sailors made them see that could be a painful thing to attempt and they slank off. George, of course, was apprised of the meeting and he went to the train station, asked where in Canada the most Slavic people lived and he was told Winnipeg. George bought a one-way ticket and we gained a new citizen.

George was not well educated and his English was not great, but he worked hard and he got a job as a custodian at the oldest inner-city school in Winnipeg, circa 1888. We had a job to change out the old Johnson radiator valves in one of the huge classrooms. The valve had leaked and buckled a small part of the quarter sawn white oak floor, the school decided a new floor was in order, and lucky us, we got the job. I still remember the flooring contractor they sold the old floor to for the princely sum of twenty dollars. I do not think that man lost his smile the entire time he was taking the floor out.

The valves had been in for at least forty years and they had used red lead for dope, so the valves were perfectly happy where they were, so we could sod off. My apprentice was wearing a tee-shirt and the poor kid had sweated so much he looked like he had just gotten out of the shower, to say they were putting up a fight is, to put it mildly. The head custodian and George came up to tell us the coffee was fresh so come and get some, I can assure you we did not have to be asked twice. The school has huge windows and I would suppose the head custodian looked out the window, as we all do, just to see what was going on.

He swore a string of words Erin does not want on her web site and told George those two louts were back. I looked out the window and there were two large native guys sitting on the steps. I remarked they were not doing anything so what was the problem? Evidently, unknown to me, over the last month or so they had been trying to get money out of the students as they entered for class. He had the police down on more than a few occasions, they stayed away for two days, and then they were up to their old tricks. The head guy was going to call the local gendarmerie when George says let him talk to them. I have to say, his boss did not agree to this willingly, these jerks were big.

We were looking out the window and here comes George out the front door smiling. He goes up to the star attractions and still smiling, told these brainiacs his boss wanted them to leave the grounds. George is a genuinely nice person, if, he is treated the way he is treating you. I suppose they failed to read the memo and one of the idiots took a swing at George, as he was smaller and easy to bully, right, wrong. I would say in the course of thirty seconds which is probably way too long, both our heroes were on the ground knocked into twilight time. The head man immediately phoned the police and within five minutes we had a police car on the scene. When this police officer got out of the car I swear the car rose two inches, he was huge.

The constable looked at the sleeping beauties said something to George and he was greeted with an animated reply. The officer smiled, shook Georges's hand, and literally threw the trash in the back of his car like I would throw a bag of leaves. The constable got back in his car still smiling waved at George and left. George came in for a well-earned coffee break and of course, we wanted to know what happened? I will remember his reply forever." I told them they had to leave, they said a nasty word about my mom and tried to hit me so I hit them back" so what was the big deal? I bought donuts, it seemed the least I could do, for attending a boxing match for free.