iamn8 Member Posts: 9
November 2019 in Oil Heating
First off, my boiler has a hole in it and the entire system is scheduled for replacement beginning Dec 18th. My goal here is only to keep it limping along until then at minimal expense. Not to worry, I've done my research and selected an installer I found through this site to do the replacement.

87 year old coal furnace converted to oil with "well used" Carlin burner on it. No Cad cell, just old time stack relay that's shutting it down. It's unable to build steam pressure and runs from 1 hour to 90 minutes per stint just to put heat into the radiators. I'm tearing through fuel just to keep the house at 60 and guessing that the length of the burn cycles are taking their toll on the burner because intermittent resets are getting more frequent. 2 weeks ago, maybe 1 per day. Now I'm up to 3 per night, and sometimes when I reset, it won't fire, so I just shut it down immediately and leave it for an hour or 2. It always re-fires on that later attempt. Whether it's hot or not seems to be a factor.

I thought perhaps the electrodes are carboned up or incinerated. I was going to pull the gun assembly out and look, but I found that the lock nut that holds the assembly in place is missing and the tube looks to be stripped. Only the fuel line and fitting are holding it in place. The last individual that looked at this thing did tell me that a nut was stripped when he took it apart, but that he had gotten it back up and running. 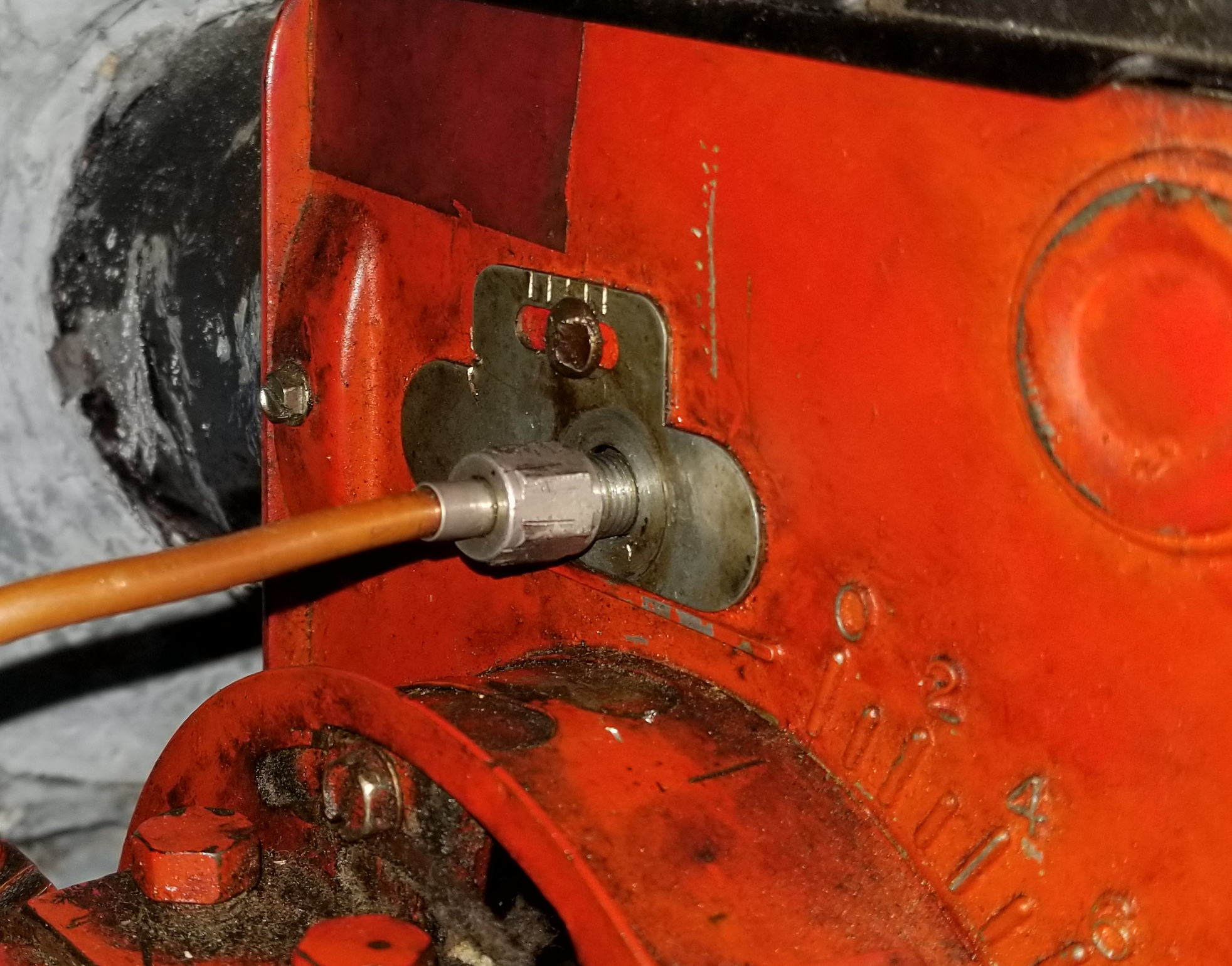 I'm a little scared to even touch this setup, because if I strip the rest of that tube, it's over Johnny. Words of encouragement, advice or warning to just leave it alone?

I did also theorize that the tiny amount of air getting in where the lock nut should be MIGHT be disrupting the startup? Possible? I know little air leaks on an engine make for hard starts.
0 · Share on Google+