The Wall
Home› Radiant Heating
Click here to Find a Contractor in your area.
Welcome! Here are the website rules, as well as some tips for using this forum.

grevian Member Posts: 1
November 2019 in Radiant Heating
4 years ago I had an IBC SL-20-115 G2 installed to supply baseboard heaters our newly purchased home in Northern Ontario, replacing a 30~? year old Electric boiler that had cost us quite a bit to run in our first winter here. When it was installed the installers cut the old boiler out and dropped the new one in, running in a natural gas line and making some exhaust and minor electrical adjustments, but no real piping adjustments.

I've had concerns since the boiler was installed, I later learned it probably should have been piped with a primary/secondary loop instead of the single giant loop it was left in, and the installers actually threw away the outdoor reset sensor that came with it. They pinned a 5.75:1 modulating condensing boiler to set point of 170F/76C water at all times, and called it a day.

After a few very uncomfortable months of wondering why our house was constantly flip flopping between unbearably hot and chilly, I plugged the boiler into our home network and started logging its status to a graph, This lead me to getting the outdoor reset sensor installed, putting it in reset heating mode, and enjoying a much more comfortable home for a season or two as the boiler supplied a fairly steady 130F/54C throughout the day, scaling up to match the outdoor temperatures as needed and keeping the temperature indoors steady. 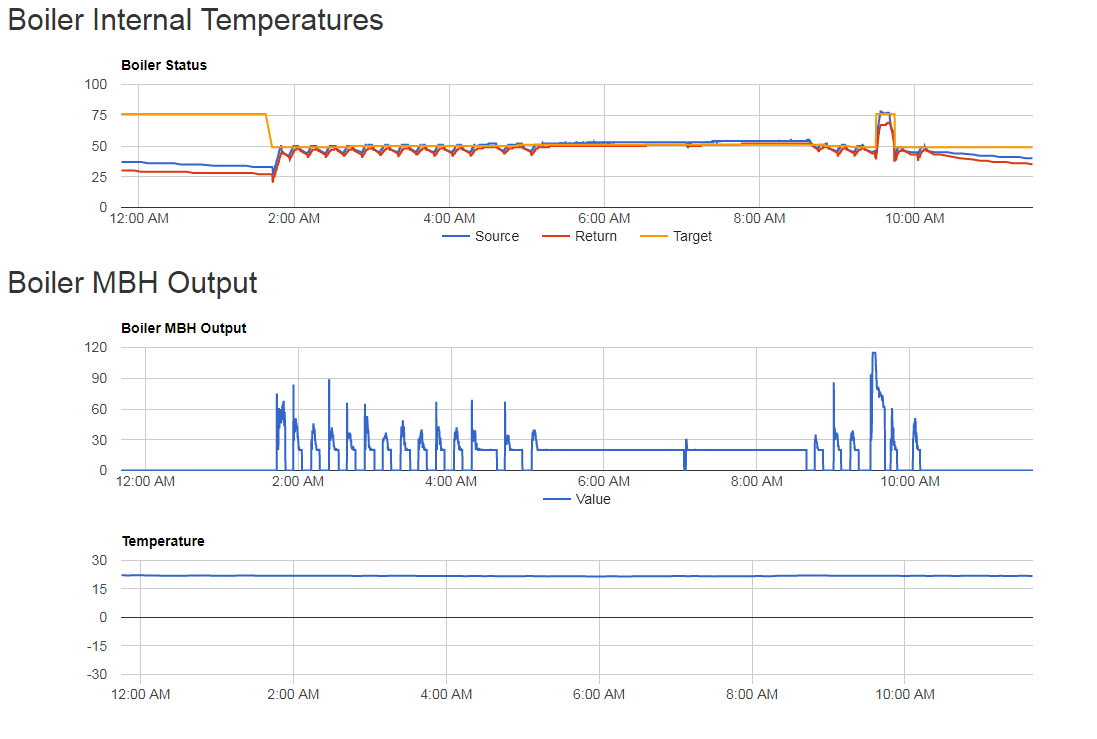 Over the last few years we've made a few more modifications, adding an indirect DHW tank, and additional loops of radiators to an addition that previously only had electric heat, and splitting the master bedroom to its own zone, We also started preparing to add more zones to add the Basement, and maybe split another bedroom into its own zone.

No one (Self included even after I learned more, I'm ashamed to say) wanted to bite the bullet and say "A lot of this plumbing needs to be re-done from scratch" so it has kind of Frankenstein'd on, getting worse with each addition.

For the last year or so, we've been having more problems, and I'm out of faith in the installers to fix them. At the start of last winter, the boiler was failing to ignite, the tech came in and with IBC support on the phone they used some secret menu and bumped the minimum fire rate from 20% to 40% and again called it a day (I was not thrilled to take a 20% comfort/efficiency hit on a 3 year old boiler!), Since then I noticed some zones are staying cool while others are getting much warmer than expected, I took a look at the monitoring graph and was pretty shocked by what I was seeing 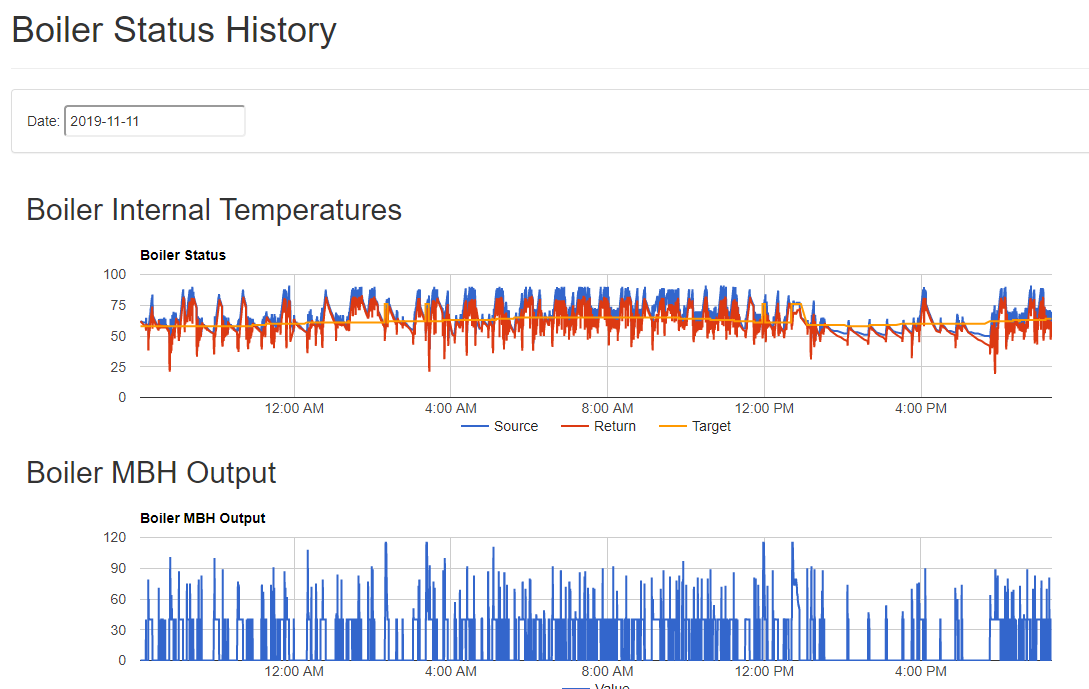 The target temperature scales with what I would expect from the outdoor temperature, and you can see it jump up a few times when the DHW calls for heat, but the boiler seems to completely ignore it, it also ignores the design temperature of 174F/78C, and overshoots the max supply temperature of 180F/82C, and keeps firing all the way up to 190F/90C when some other hard limiter in the boiler kicks it off, leaving a warning every few minutes. 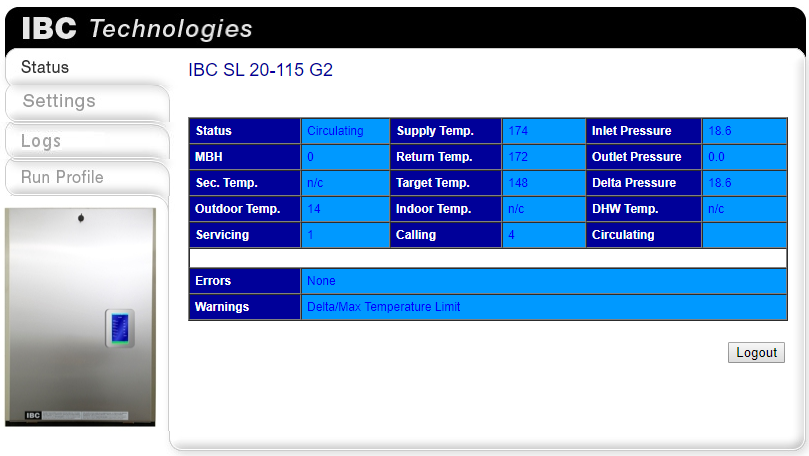 I know the higher minimum fire rate would have some impact on this, but something else seems way wrong.

So I guess where do I go from here? I've been quoted around 1/3rd of the original cost of the boiler+installation for another company to come in and "fix" the plumbing, which is pretty hard to swallow on a 4 year old system that's "kind of" working, but the boilers behaviour seems really bad to me, and I'm worried that it's damaging itself. The original installers only solution is to keep putting it back into set-point mode, which makes for a pretty damn uncomfortable home. Is there anything else I can investigate in terms of settings, or smaller fixes I can make? Or is my only option to basically scrap all the copper/PEX within 10 feet of the boiler and start again?

You've been patient and I know you want it, so behold, a gallery of the terrible state of my boilers plumbing. (Plus some of the zone configuration settings).
0 · Share on Google+
Sign In or Register to comment.
Sign In · Register