vvzz2 Member Posts: 17
October 2019 in Strictly Steam
First of all, thanks to Dan and everyone else here for great information on steam systems. My new house came with Weil McLain 78 that suffered from lack of maintenance. That was quite obvious, but only once I took the sheet metal off, it became clear how dire the boiler's condition was. 2 out of 4 passages were completely cemented shut with rust and combustion products. Not to mention giant holes in the cast iron, which did a great job heating the upper atmosphere. 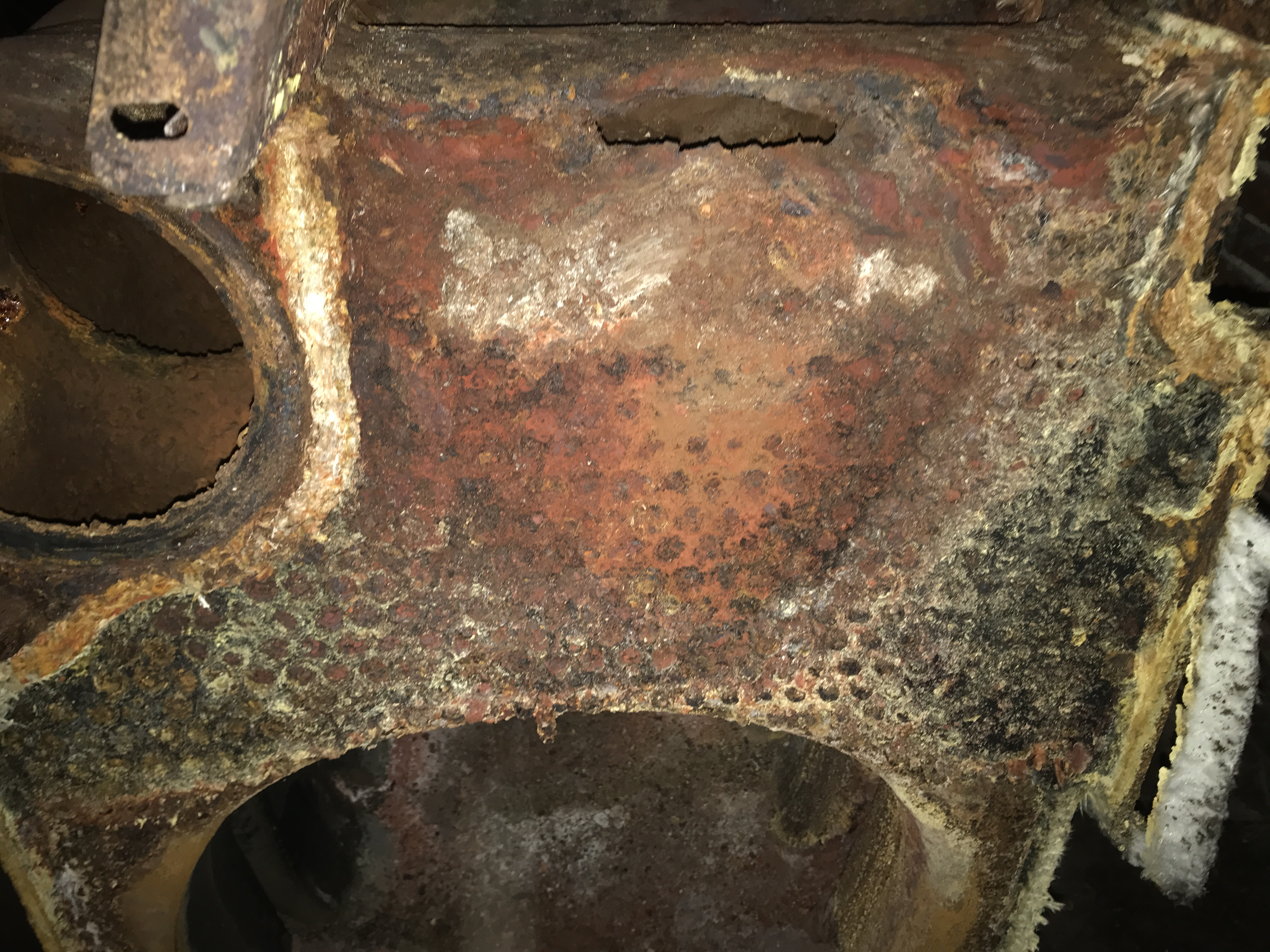 I was initially planning on using a pair of Slant Fin intrepids, but was able to get two brand new in the box Burnham IN8s for next to nothing, so I went with those. The total EDR is about 1200 sqft, so I like the idea of having two boilers so I can stage fire them. Of course that poses a number of complications, but I believe that can be solved with proper piping and controls(and thats half the fun in this whole project)

I'm not a professional plumber, but I tried very hard to follow all the best practices and workmanship. Nice 4" header, with 2" boiler risers. 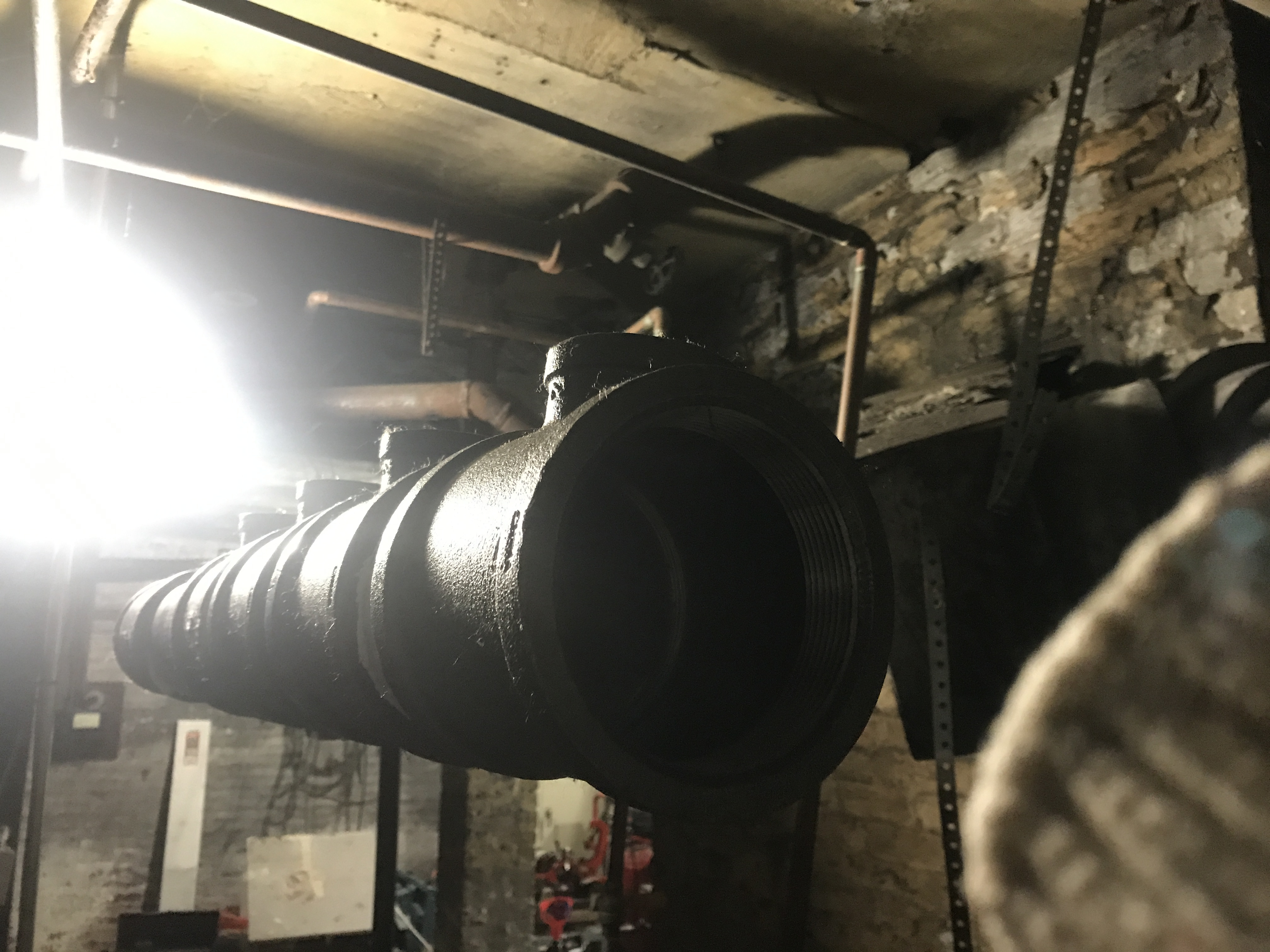 Even though there was enough clearance to connect risers directly into the header, I went with a drop header setup, thinking that it's both easier to pipe and couldn't hurt anyways. All those turns as well as spacious header should help the steam dry up very nicely.

The boilers are connected below waterline, so this is technically a single boiler. I went with 3 LWCOs - one probe type on each boiler and common float one. I also chose to use Gifford loop because I believe that decoupling returns from the boiler level couldn't hurt. 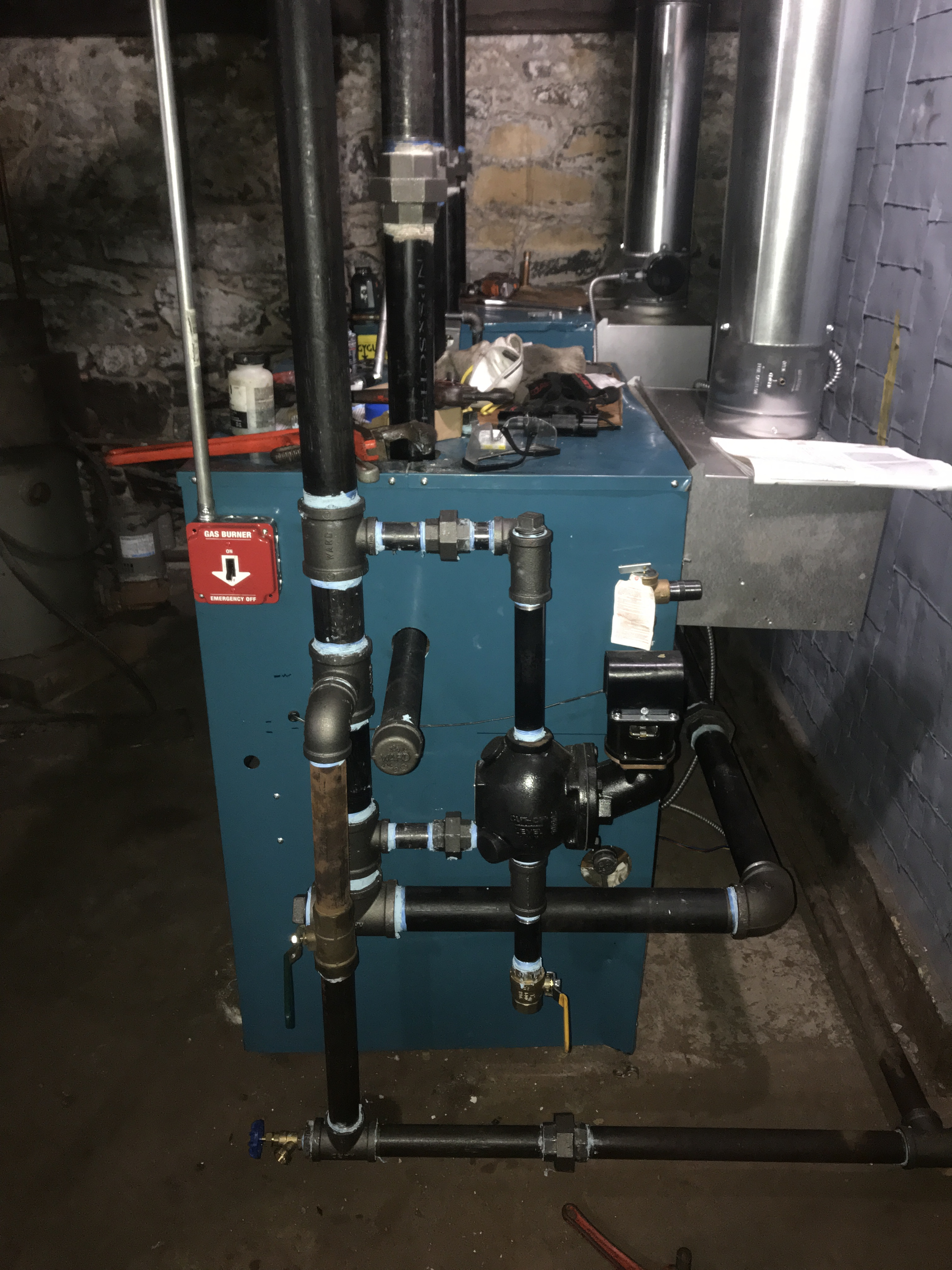 The boilers will initially be staged based on pressure via a vaporstat and pressuretrol, but my next step is to design a programmable reset control that will additionally reset the running times based on the outdoor conditions.

I have fired the system for the first time yesterday(with temporary wiring) and was impressed with the performance so far. No hammer and surprisingly steady waterline. Of course the boilers still need to be skimmed and cleaned too. 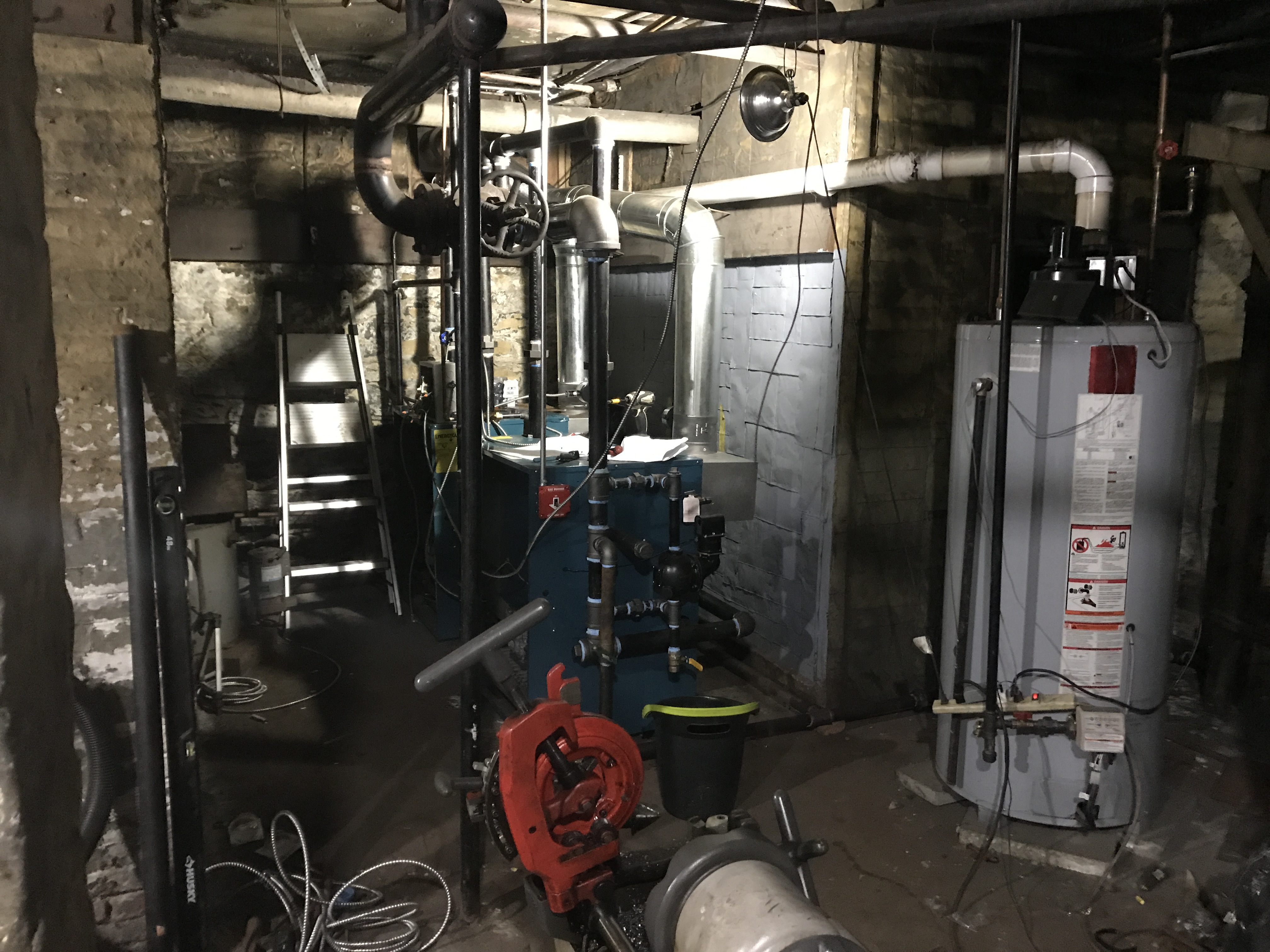 Both boilers are vented with a Field Controls power venter(with two control interlocks) Unfortunately the chimney is in a very rough shape, so even lining it wasn't an option, until the above the roof portion is rebuilt.

I purchased a rothenberger 50R threader for this job and was very impressed with its performance. I only wish I had a 4" threader too so I could have done a full size equalizer.