discodave Member Posts: 2
September 2019 in Thermostats and Controls
DIY noob here -- thanks in advance for the education!

I just moved into a new home with three thermostats. 1, 2, and 3 below. 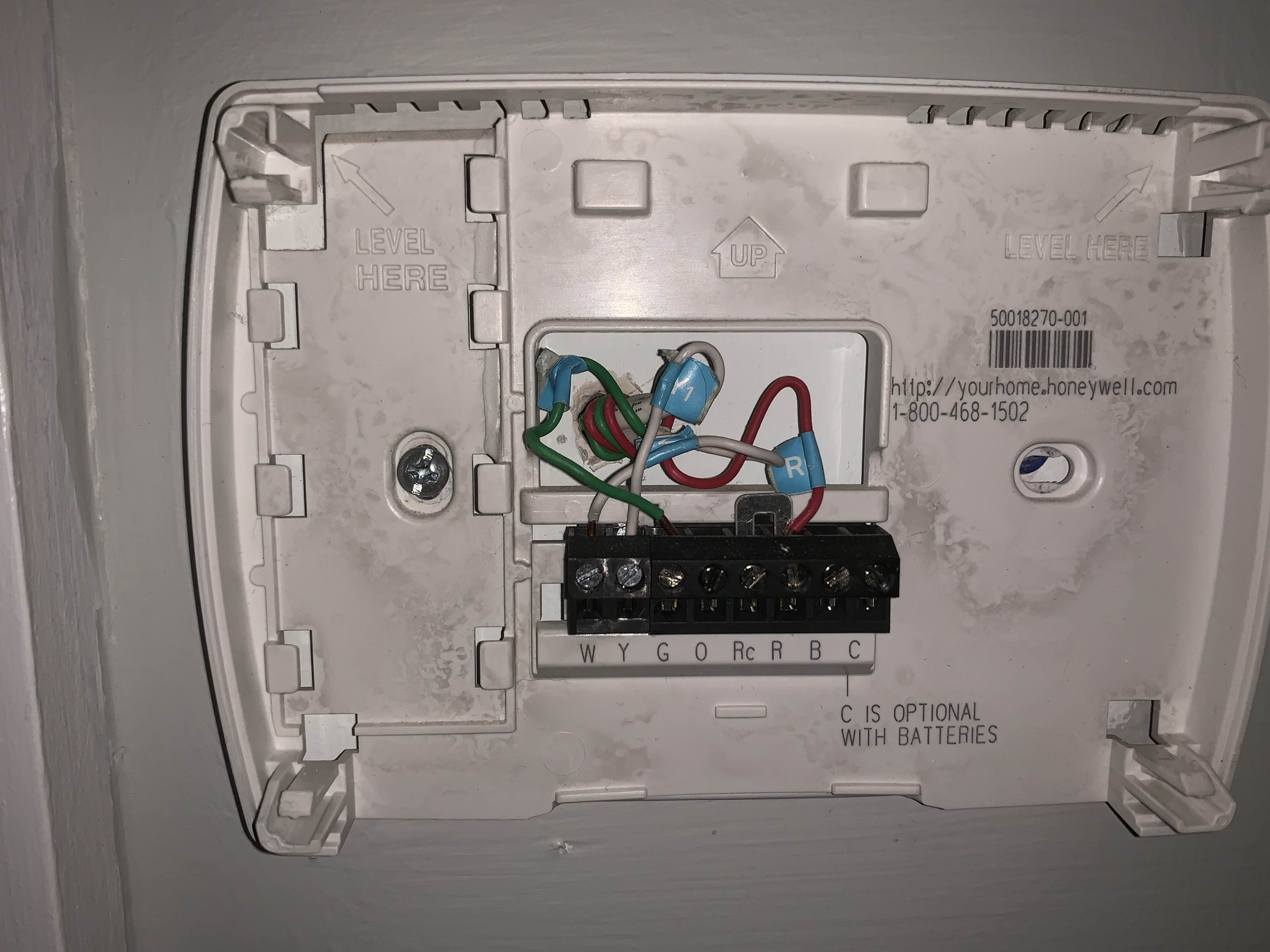 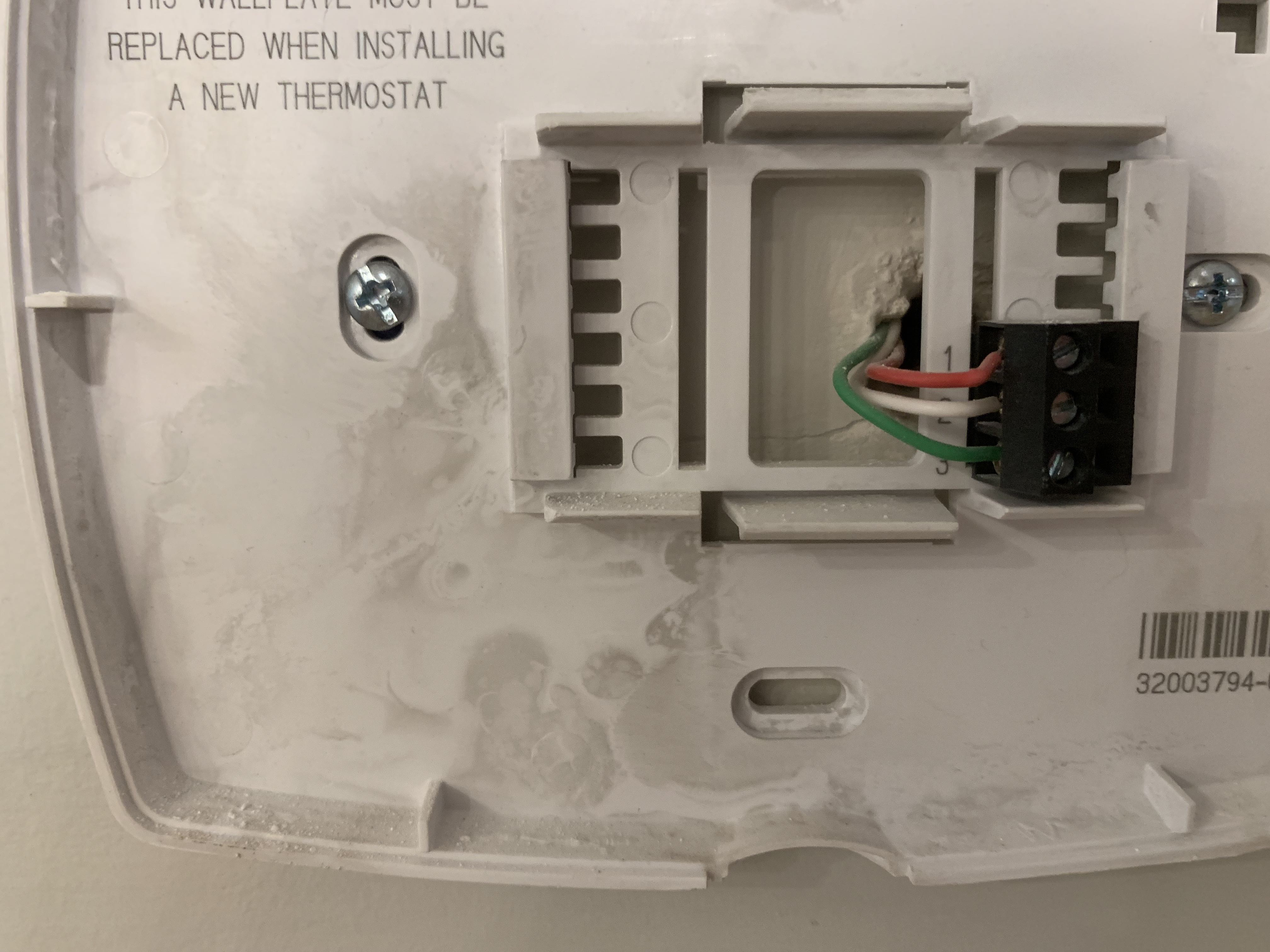 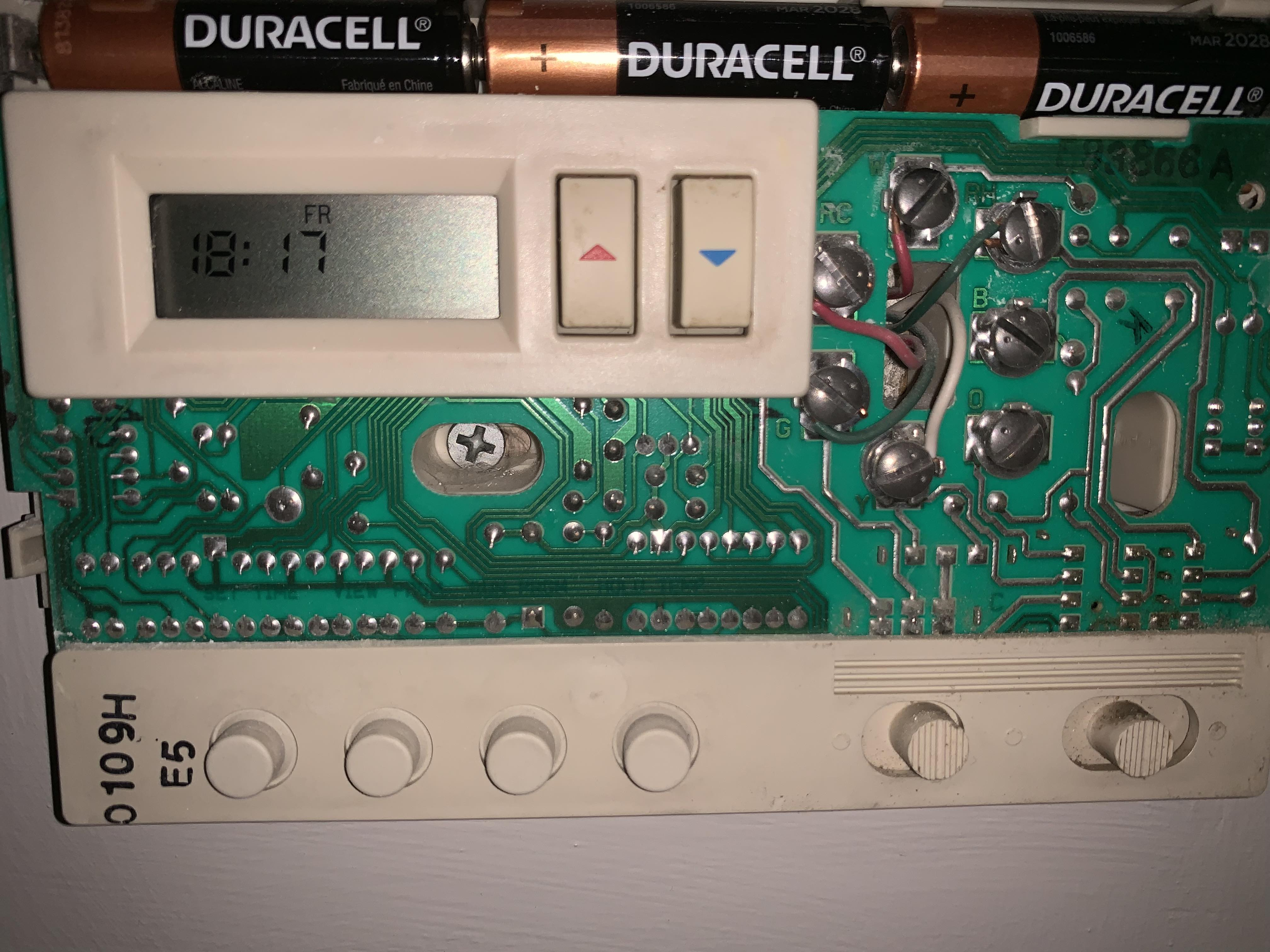 Looking at the zoning panel in the basement... 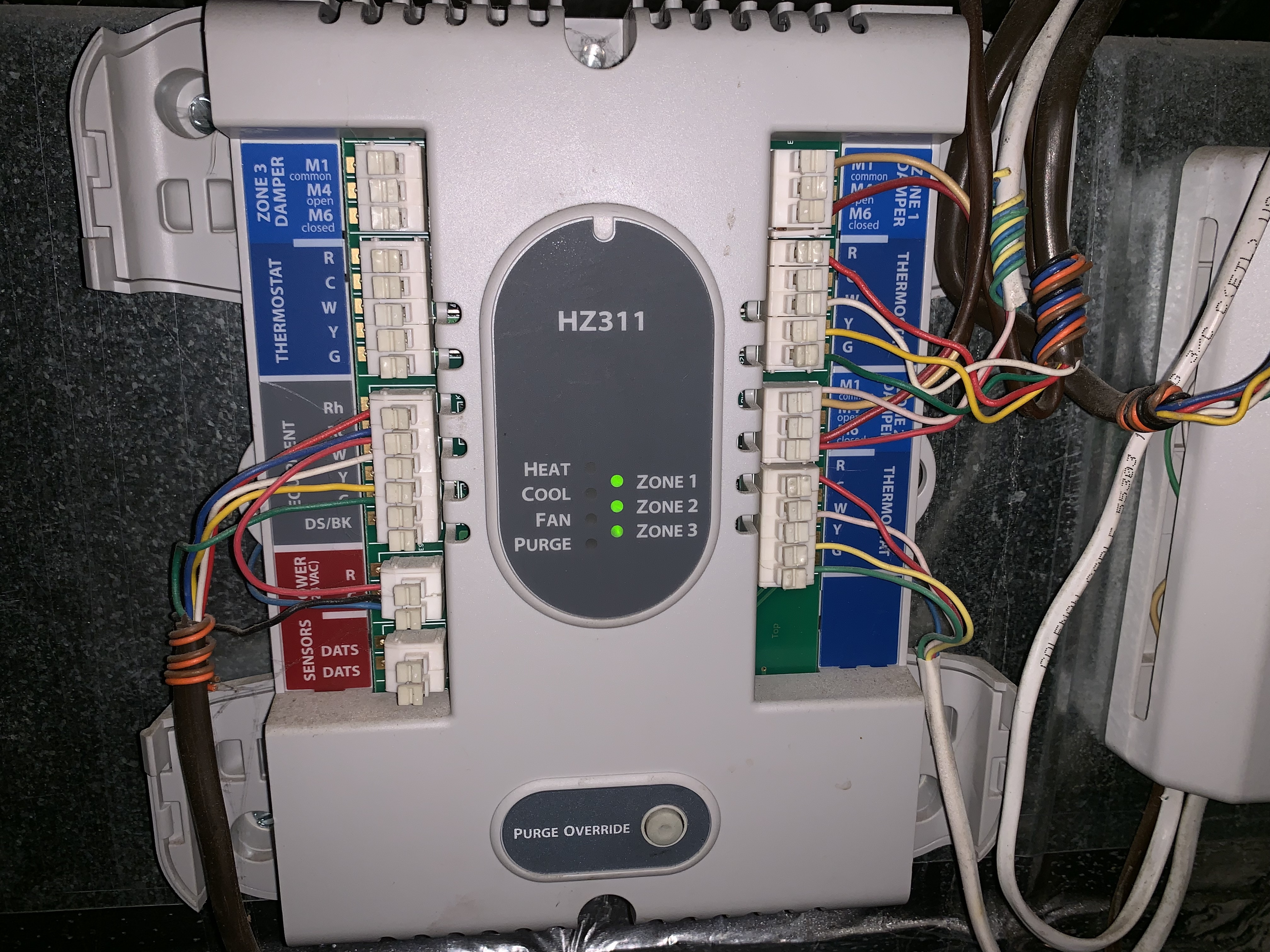 I'm confused by two things:
(1) I have three thermostats that seem to be connected but only 2 parts of the zoning panel seem connected. I haven't proved to myself that the third thermostat does anything, though it's strange that the previous owners would have had it connected and battery-powered if it wasn't in service. Also why would the front of the zoning panel show green lights for three zones if there's nothing connected to the third?
(2) The color wires going into the zoning panel differ from those I see at the two thermostats. I do have a "Honeywell Equipment Interface Module" just to right of the panel in the picture. Could it be intervening for the two thermostats that are connected to zones so the wires I see at the zoning panel aren't the same as at the thermostat? But at least the wires leading to the zone 1 thermostat coming from the black tube don't seem to go thru the equipment module.