I bought this house recently and am still learning the systems. I have a 2 zone, oil-fueled hydronic heat system, and the circulator pump just broke (or, is breaking). I have a new one and am ready to install it. My plan was to drain the system from the drain valve (bottom circle in image), replace the pump, fill from the main fill line (middle circle), close the valve between the fill and the upper drain valve (top of picture, red handle), and bleed any air out of there until clean water comes out. 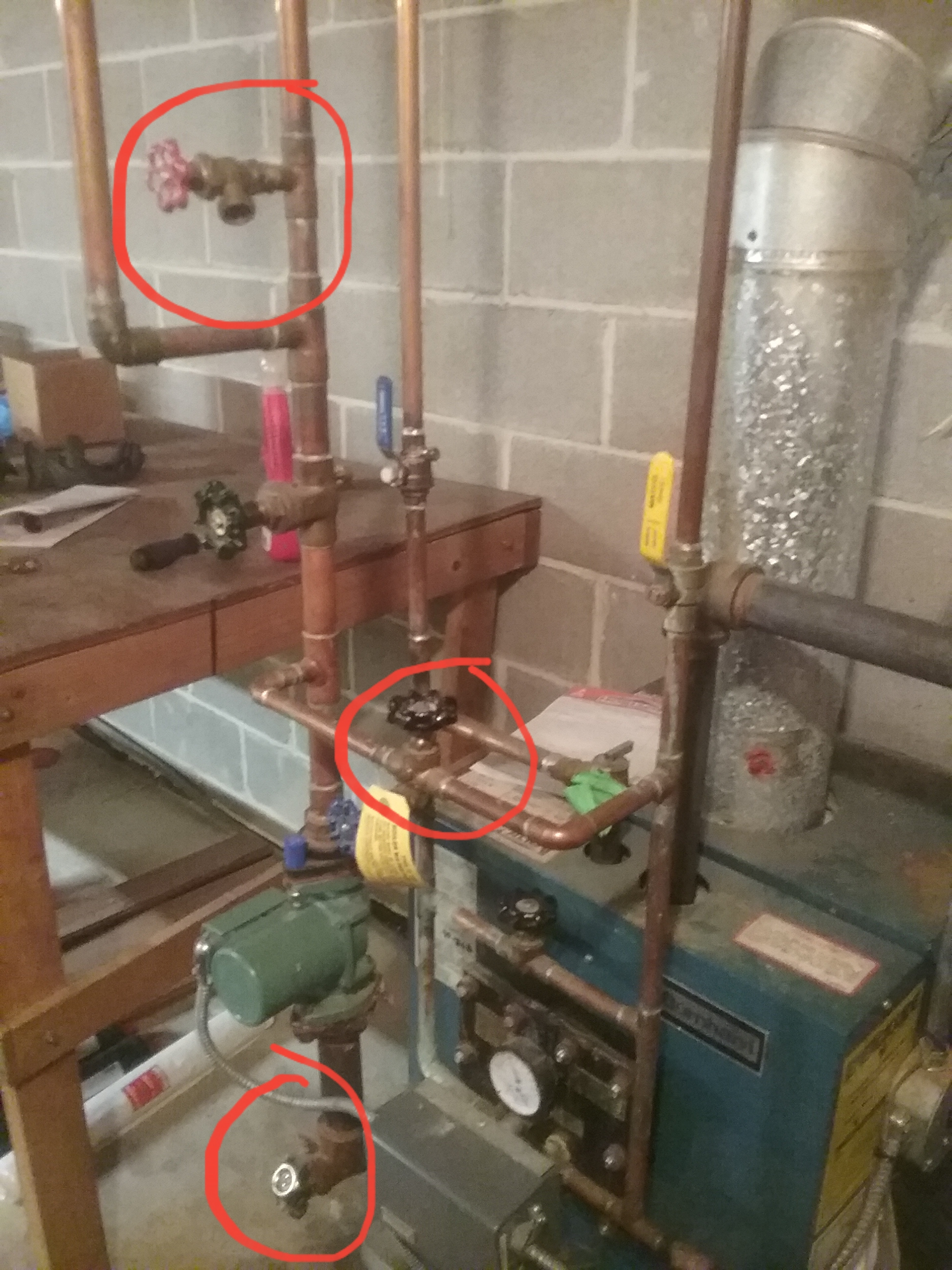 Unfortunately, I never quite got there. I opened up the bottom drain valve and only a little water came out. I opened the top one as well, thinking there was a vacuum, and only a little more came out - about 1/3 of a gallon total, with both valves open. There aren't any other bleeder valves in the system other than the automatic one above the expansion tank, so I'm not sure what else to do. (FYI, system was at 12 psi when I started this, though it loses pressure often. That's another thread though.)

I know I have substantial air in the system, which was a problem I was hoping to solve during this process too, but I backed out of the job. I realized also that the bottom drain valve needs to be replaced (it will only turn using channel locks), and with snow in the forecast, both of these unforeseen hiccups made me close the valves, fill the boiler, and fire it up again for now.

Any thoughts on why so little water came out? I don't mind calling a plumber, but I also would give this another try in a week or two when cold weather isn't so threatening.