MRMATT Member Posts: 7
March 2019 edited March 2019 in Oil Heating
Hi, new here,and am in the process of learning about my (oil) hot water heater/boiler.
According to the Heater/boiler guy who was in working on my heater, he said my bill was getting rather high and offered to tell me what needs to be done next to the boiler, so instead of him doing it, I can save myself some $$.


I've done only pipe plumbing so boilers are new to me.
He stated I need to replace the top of the air vent associated with my expansion tank. He gave me a part number, and this is what I ordered. 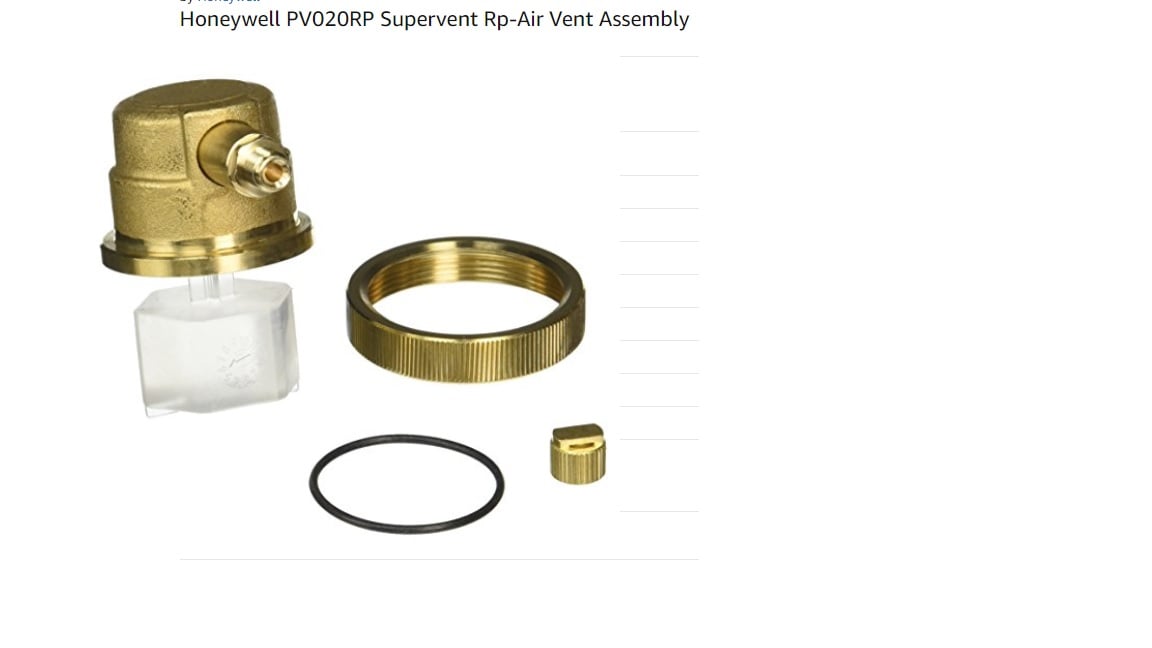 The Heating guy was telling me a a few things, so not sure if I caught all.
I know he said I can unscrew the top of my current air-vent, and screw the new one one with the associated replacement parts.

To do this switch-out, I am guessing I have to turn off the water - ( I don't remember him saying that but I would think so- likely so as the system is pressurized to the point of this air vent)...or is it not due to the expansion tank.. just want to be sure.

To depressurize the system, I turn off the water supply, turn off any zones, and trip the relief valve ... is this correct?

Would I have to turn off the boiler so as to let it cool down?

Thanks for helping me out.
Matt