TRVs on one pipe steam 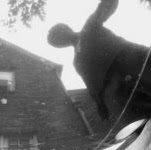 Inliner311 Member Posts: 25
February 2019 in Radiant Heating
So I've been reading about TRVs on one pipe steam and most recommend Danfoss because they have vac break. I understand Vac break but what I don't understand is why some systems need it and others don't. I've read reviews of the Danfoss and Honeywell TRVs but I can't seem to figure out why the Honeywell TRVs seem to work fine on some systems but not others. I have bought two Honeywell TRVs to test out on my radiators. I live in a single home that the boiler rarely comes on more than 20 minutes at a time. I will be adding more main vents because I realize mine are missing on one end and undersized on the other. We originally had a converted coal boiler and it was replace less than 10 years ago.