All Zone Thermostats Off But Boiler Still Working

Docfletcher Member Posts: 481
November 2018 edited November 2018 in Gas Heating
I noticed the living room zone was not working, stone cold baseboard. But 3 other zones were calling for heat and working, nice warm baseboard. The 3 other zone rooms were too hot, I turned down the thermostats but the boiler kept working. I turned all the thermostats off and the boiler still kept working. I turned off the boiler. My thought was some sort of Taco zone valve issue so I twisted each power head off and back on one by one. Powered on the boiler and it seemed like normal standby mode. no circulators running. Turned on living room thermostat, boiler started and baseboard stayed cold. Other zones worked as before when turned on but boiler would not shut down even if I turned the thermostats off. Went back to the boiler and after much tinkering I found that when either of two power heads were removed and the boiler powered on the boiler would start working, even with thermostats off. Here is a photo of the power heads. Why would removing either of them cause the boiler to start working. Maybe shorted internally? Living room zone maybe power head Open? 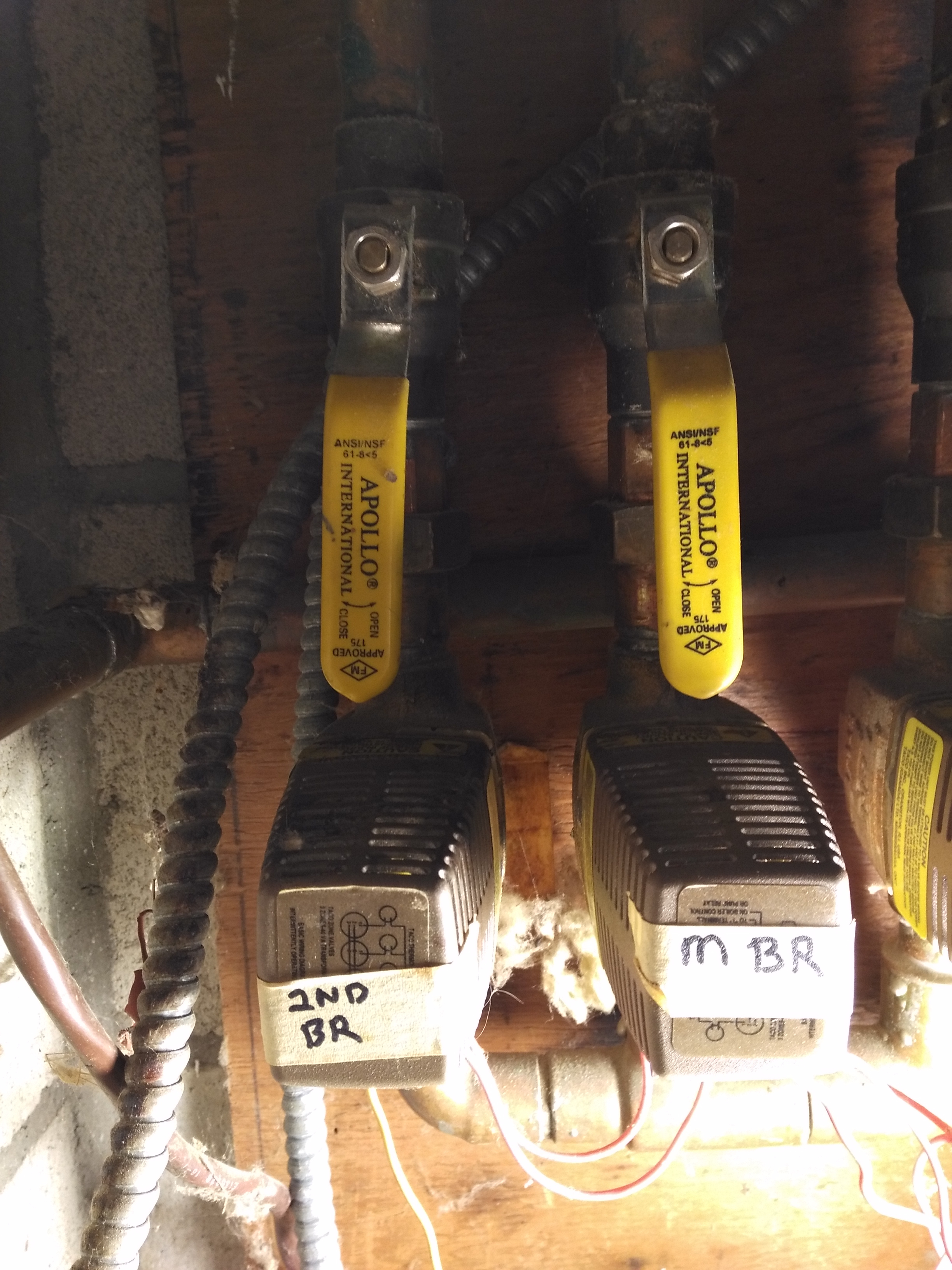