I live in Europe, and am trying to do the majority of the oil burner service myself given our circumstances.

Here are basic pics of my system, and after I wanted to ask a few questions. It is a Weishaupt oil burner (virtually identical to Reillo setups in the States), a two-line setup (level lines, 21 feet length) to an in-ground 3000Litre tank. The system has an Afriso filter system (pic below) hanging on the side of the boiler for the fuel coming in and it uses a Danfoss pump (Danfoss and Sun rule home oil burner system fuel-oil pumps in Europe). 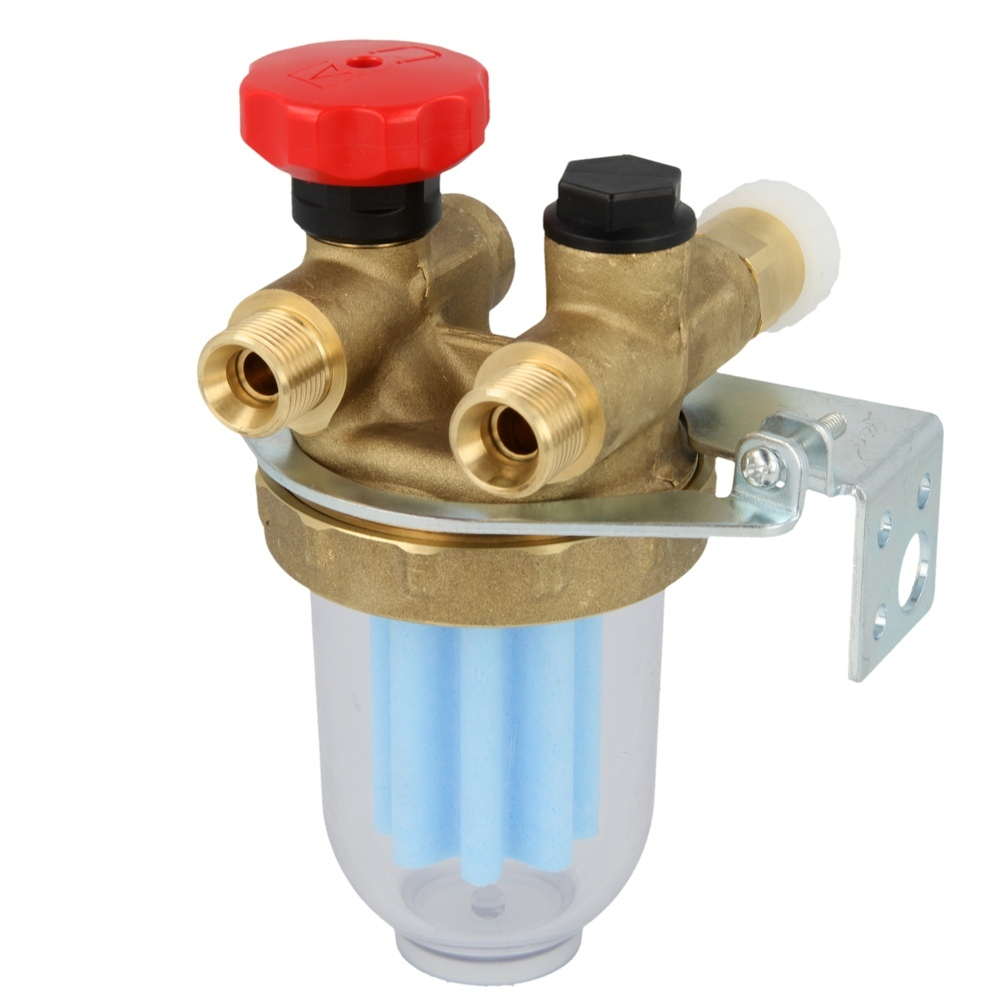 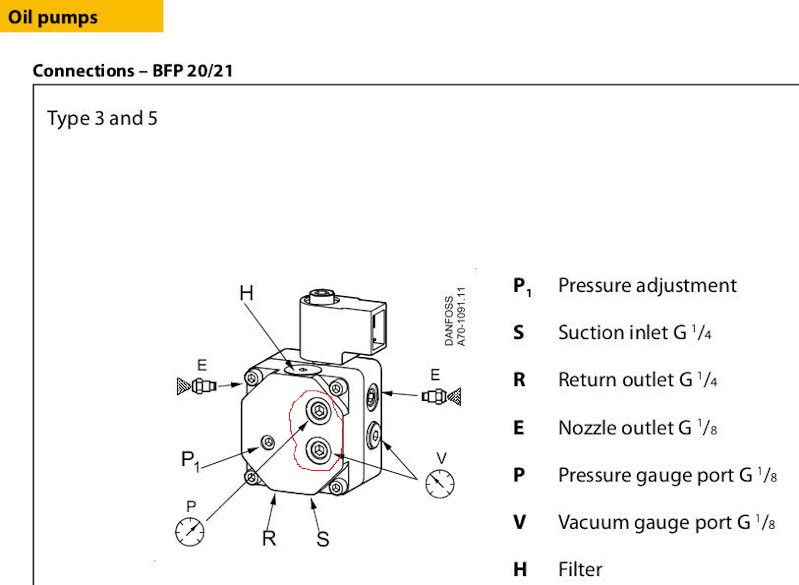 Ok, I recently acquired the below to add to my tool-chest for taking care of the burner. Here's are pics of what I added: 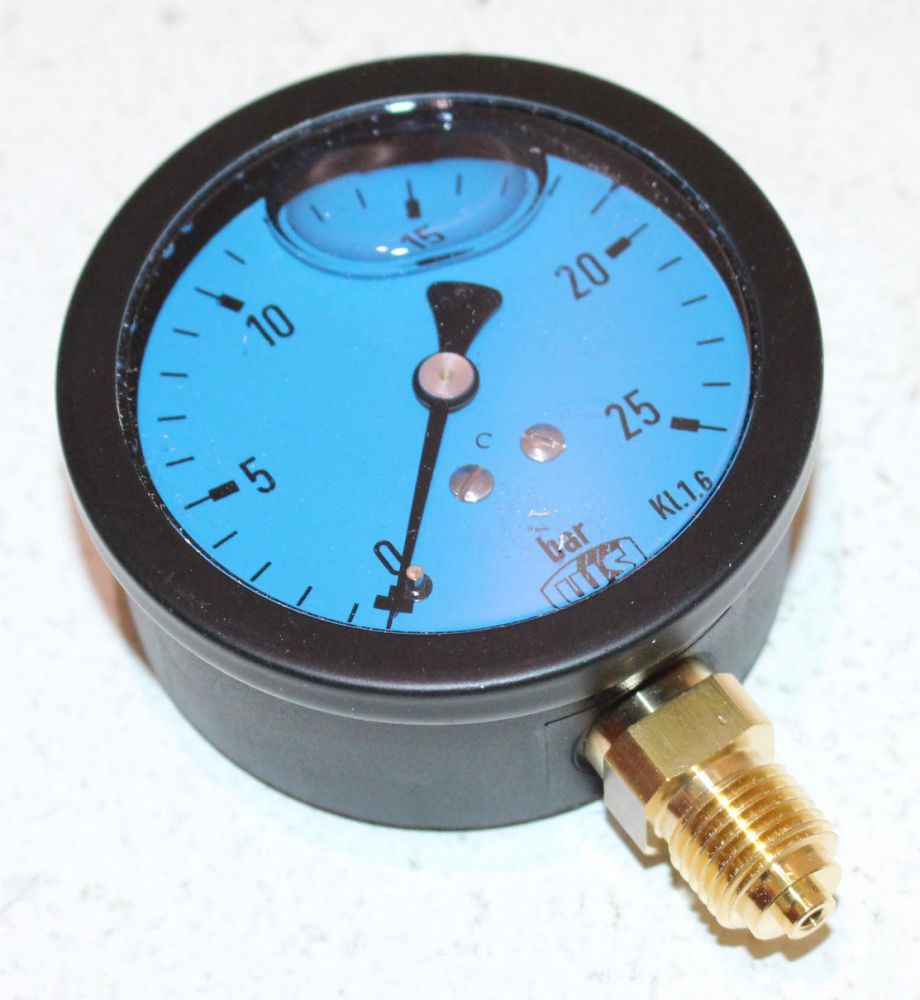 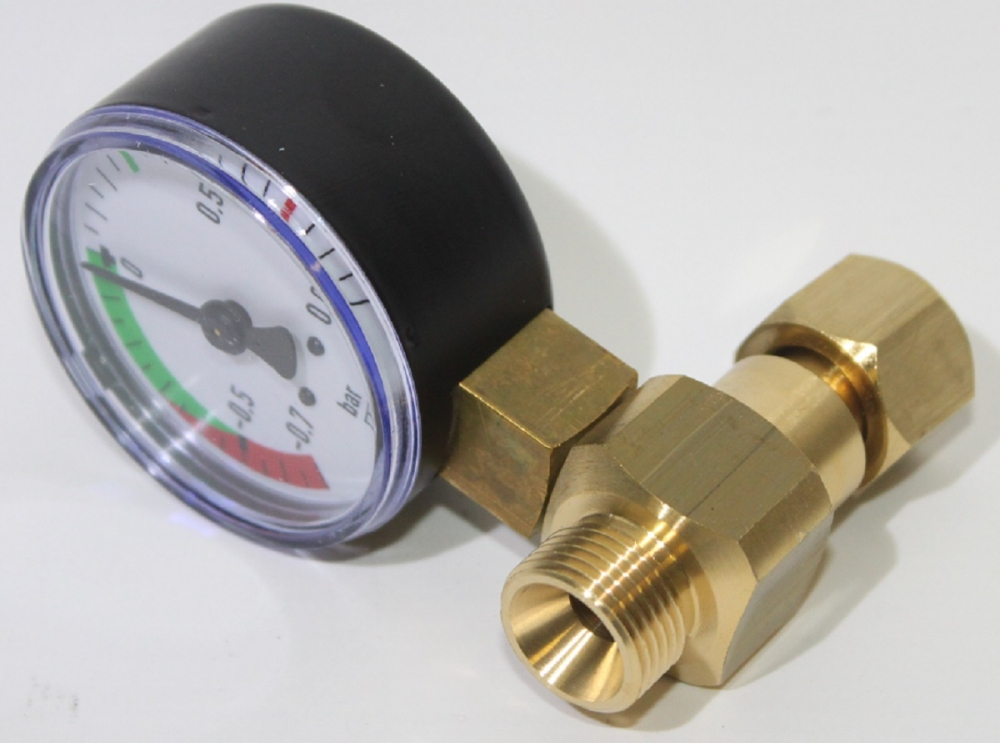 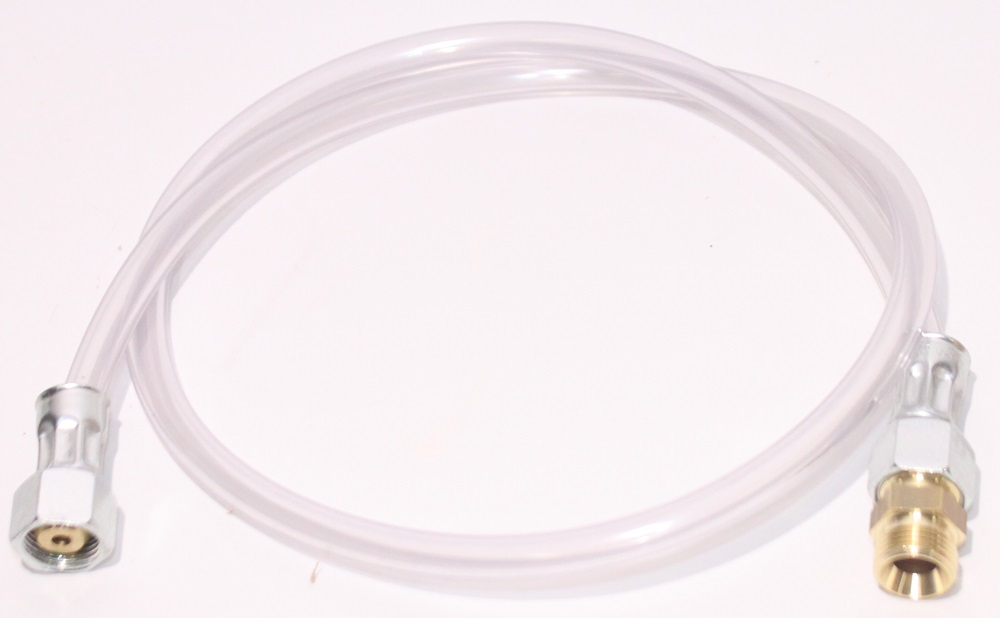 Here are the questions I am trying to understand (Danfoss manuals & language barriers are very real over here):

1) I want to first do a vacuum test. Given that Danfoss put a "vacuum-testing" port straight on the front of the pump, is there any reason I cannot just take the plug out of this front "V" port, screw-in tightly my vacuum gauge, and then run the burner a full cycle & watch the vacuum readings during and ~5 mins after? Please note that the vacuum gauge that I bought can be used in-between the connection of the Afriso filter (if you want to do a "sight" clear line hose test) and the suction line going to the Danfoss pump or by itself where you just un-screw the gauge & use it directly in a fuel-pump port like Danfoss provides.

2) Would it ever be possible that you can get "good" vacuum readings at the fuel pump, but yet if you go and do the "clear-hose-line" test, you might see "air bubbles" coming down the clear-hose & heading into the pump? And would it be possible you get 2 different vacuum readings from testing at the pump and then at the intersection between the Afriso fuel filter & the suction line going to the pump?

3) Is there any reason, again since Danfoss put a "pressure-testing-port" straight on the front of the fuel pump, that I cannot just remove the plug in that port, screw-in tightly my glycerine-filled pressure gauge, and test to make sure the pump is operating near or at the Danfoss-specified 145PSI (10 bar)?


What is confusing me on theheatingwall.com is reading past threads/posts (and indeed in another thread I posted a few weeks ago) where people are telling me to disconnect all sorts of things to do either the "pressure" and/or "vacuum" tests. Why do I need to disconnect anything on my two-line setup if Danfoss put the testing ports straight on the fuel pump itself??


Thank you very much for any help.