GMc60 Member Posts: 2
December 2017 in Radiant Heating
Hello, I'm new to this forum but not radiant floor heat. I'm a homeowner living in Oregon and not in the trades so I'll apologize upfront for asking obvious questions. There are a lot of talented folks whom I'm hoping will find time to try and help me figure out this conundrum.
I have a new TACO XPB connected to an HTP Phoenix Light Duty (badged as a Westinghouse). My house is a 2 story timberframe with ICF basement heating ~1600 sf. Heat load is 23,000 Btu/h. The radiant system is 1/2" PEX in 6 zones on 2 manifolds (3 each), the longest zone is 300', each with a Wirsbo motorized zone valve. I'm operating the Taco in Outdoor Reset Curve mode (design temp 23F, mix design 110F, min system supply 80F, WWSD 76F). After replacing a first XPB due to a non-functioning Variable speed pump, I fired up the new model and everything seemed to work fine. Although the supply temp was way over shot (target 95F, actual 106F), return temps were approximately 10-12F lower than supply (I have a thermometer in the return line, not using the return sensor). I notice almost immediately after the variable speed pump shuts down (% icon goes out), the return temp starts dropping and keeps dropping even though the supply temp is reading 106F or a couple of degrees less. I've included a photo of the setup. Note, the expansion tank (ETT) in the picture is shown on the radiant supply line and has been changed to be on the return line. Taco technical support is the one who pointed out the incorrect placement of the ET, but that change has had no effect. The system pump appears to be working. It gets hot but not unbearably so. If I run the test mode everything goes through its steps correctly and there appears to be no issues. Because I still have the first XPB I swapped out the Variable Speed Mixing Control (VSMC) just to make sure that wasn't the problem--no change. Anyone with ideas, I'm happy to try anything. We're going to be getting cold (for us) by week's end so getting heat working is a high priority.
Many thanks in advance.
Gerald 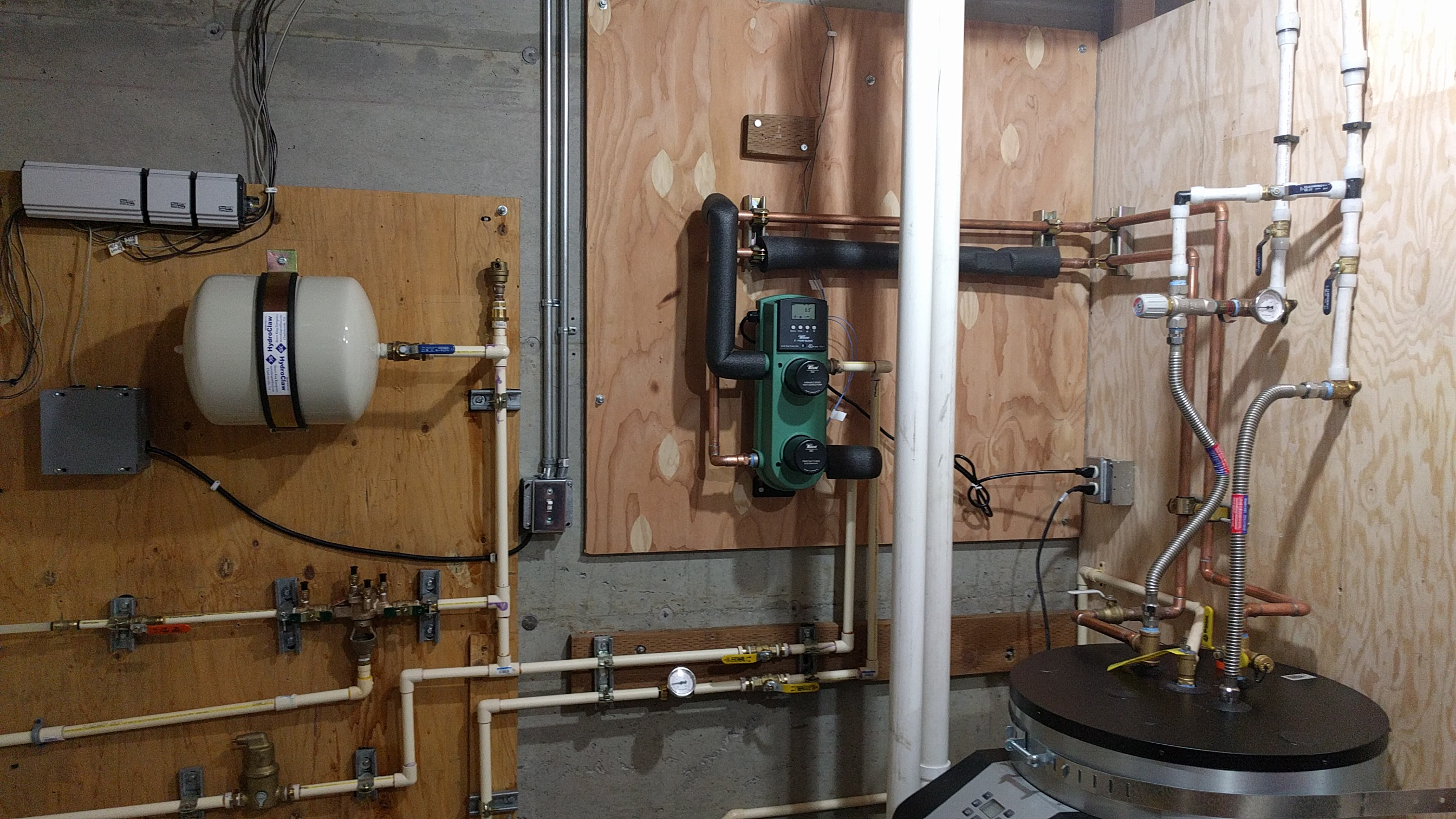