1) no tee-cap at bottom (original cleanout box was not bricked up, which apparently runs the risk of air infiltration);

2) Felt that they did not insulate with thermix, as per contract. Photos seem to show thermix at bottom but at top at least in the one corner visible seems to be none, or it settled.

3) I'm also not clear if the top photos show whether it's smooth wall or not, which is supposed to be much better for draft. (This is a 7 inch clay liner the metal one is fitting inside of.) When he opened up the breeching piping he found a handful of white dust and said that was due to condensation. In my layman view that little dust after maybe four years of not being cleaned does not signify a huge amount. He wanted to put a new liner and insulation in.

4) My thought is since the original install had a lifetime warranty, I'd want the original company to insulate if they didn't, put smooth wall if they didn't--unless the flue is not straight and they need to make bends in the liner; and put a tee-cap in to make it legal. Even though we did alot of research at the time it's upsetting that some things may have not been done properly; and after the job is done one assumes it was done right, since not everything is that easy to inspect. I intend to call another sweep for a second opinion, open up the top and get a good look--with photos--to see about the insulation.

5) Also, apparently having galvanized breeching piping is ok leading up to the horizontal Tee connection, but it sure looks like 6 inch diameter to me, though the liner itself is 5inch.

6) The photos will show the original breeching piping which had a cleanout, but because there were too many 90 bends they changed it to the new setup some years ago, which doesn't have a cleanout. So if they put in a tee-cap then somehow there will have to be a cleanout created. 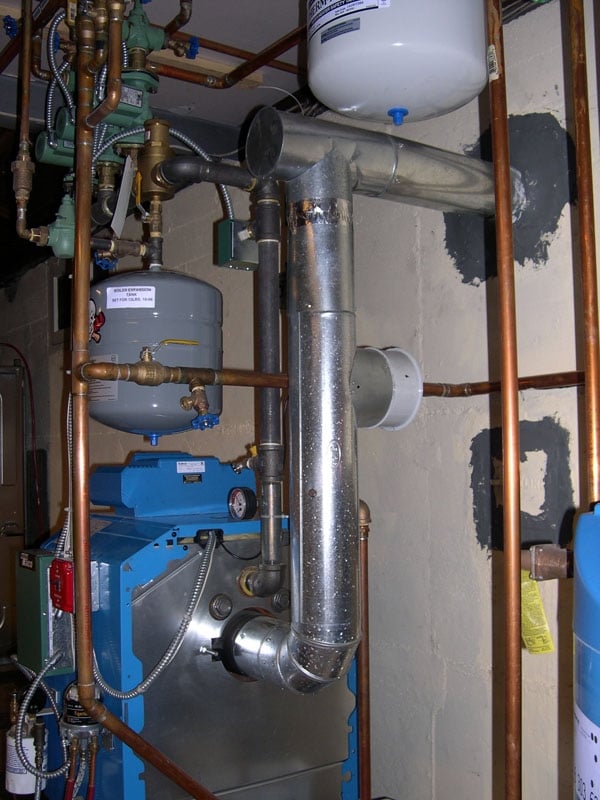 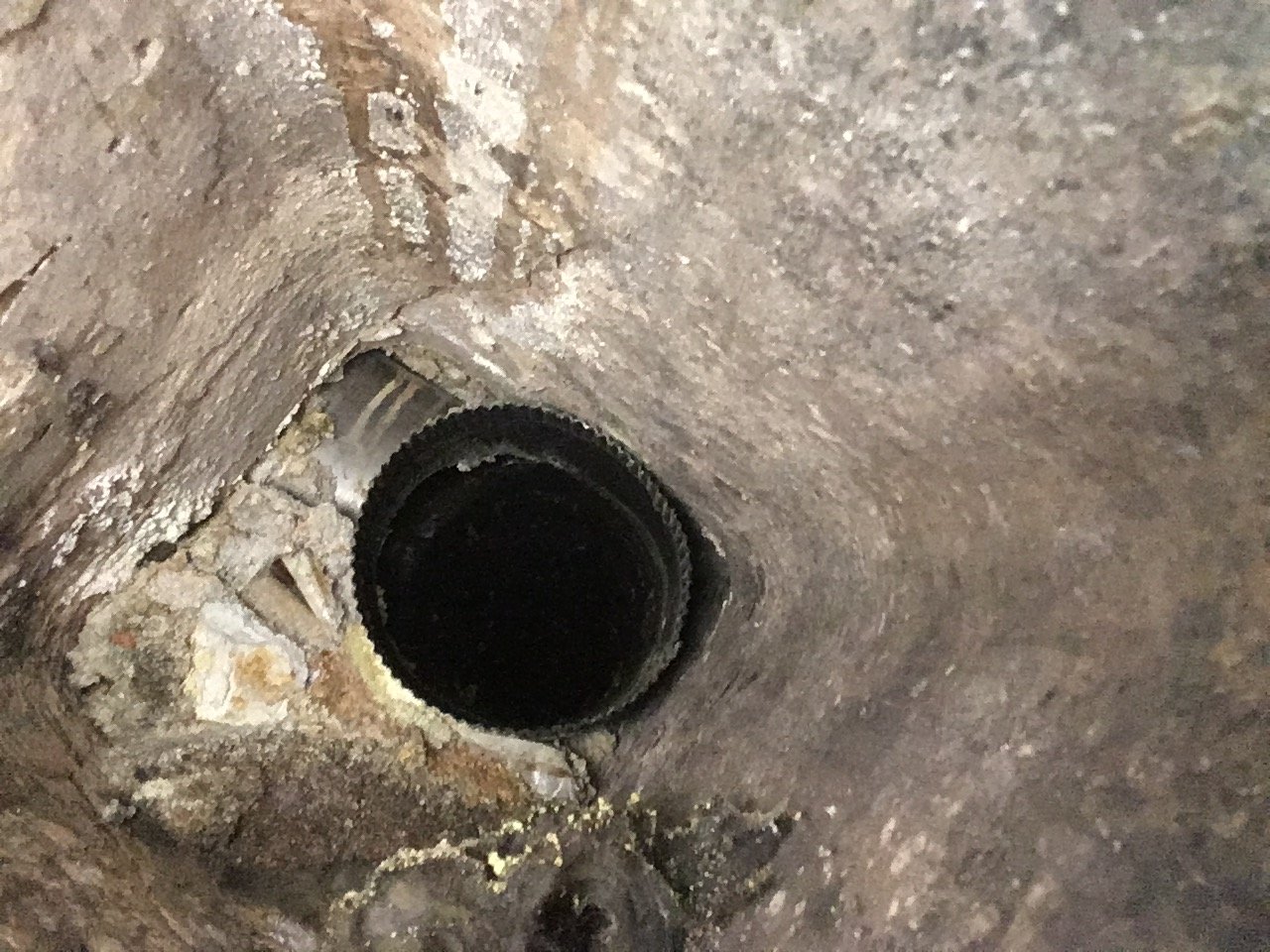 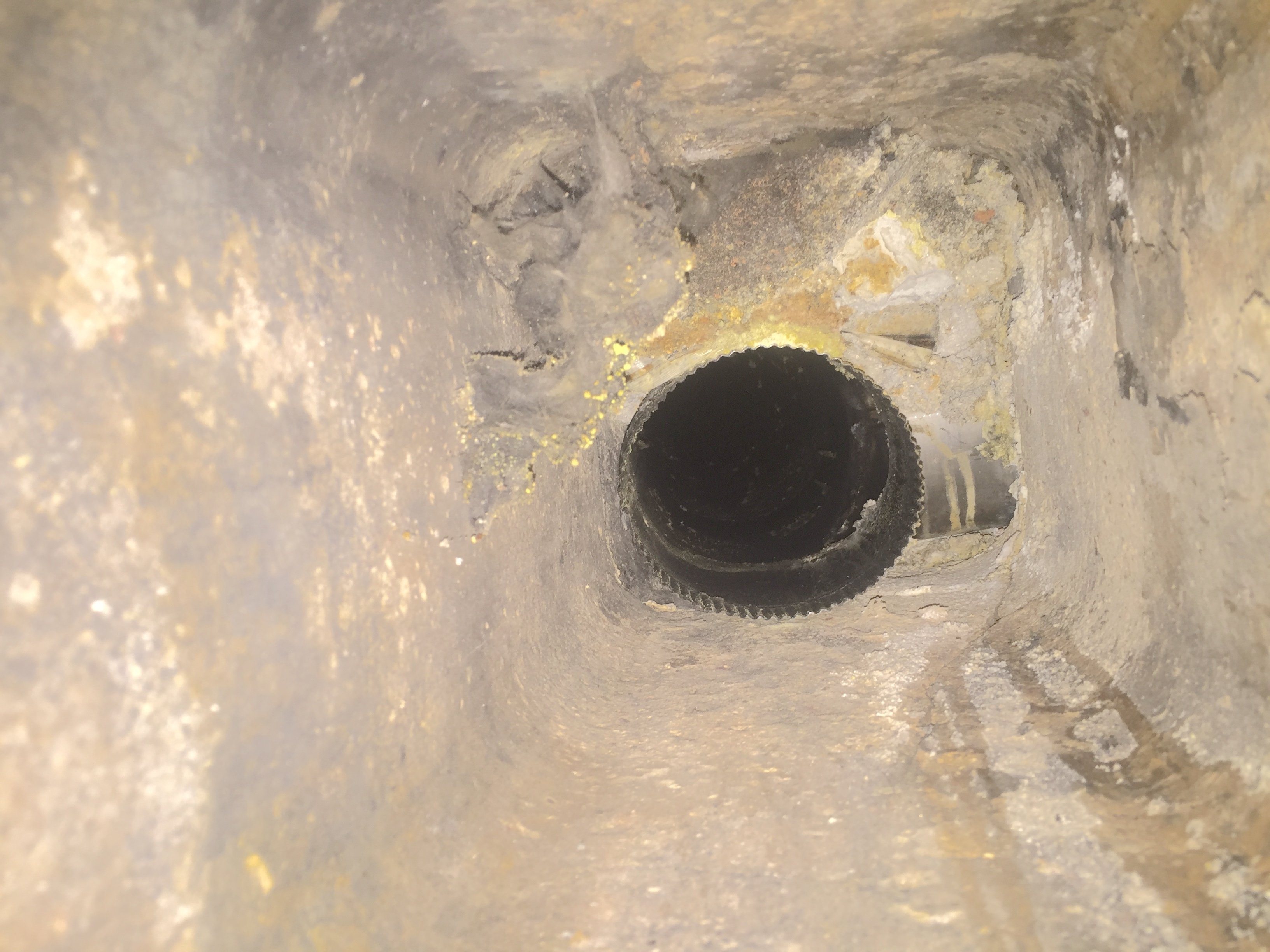 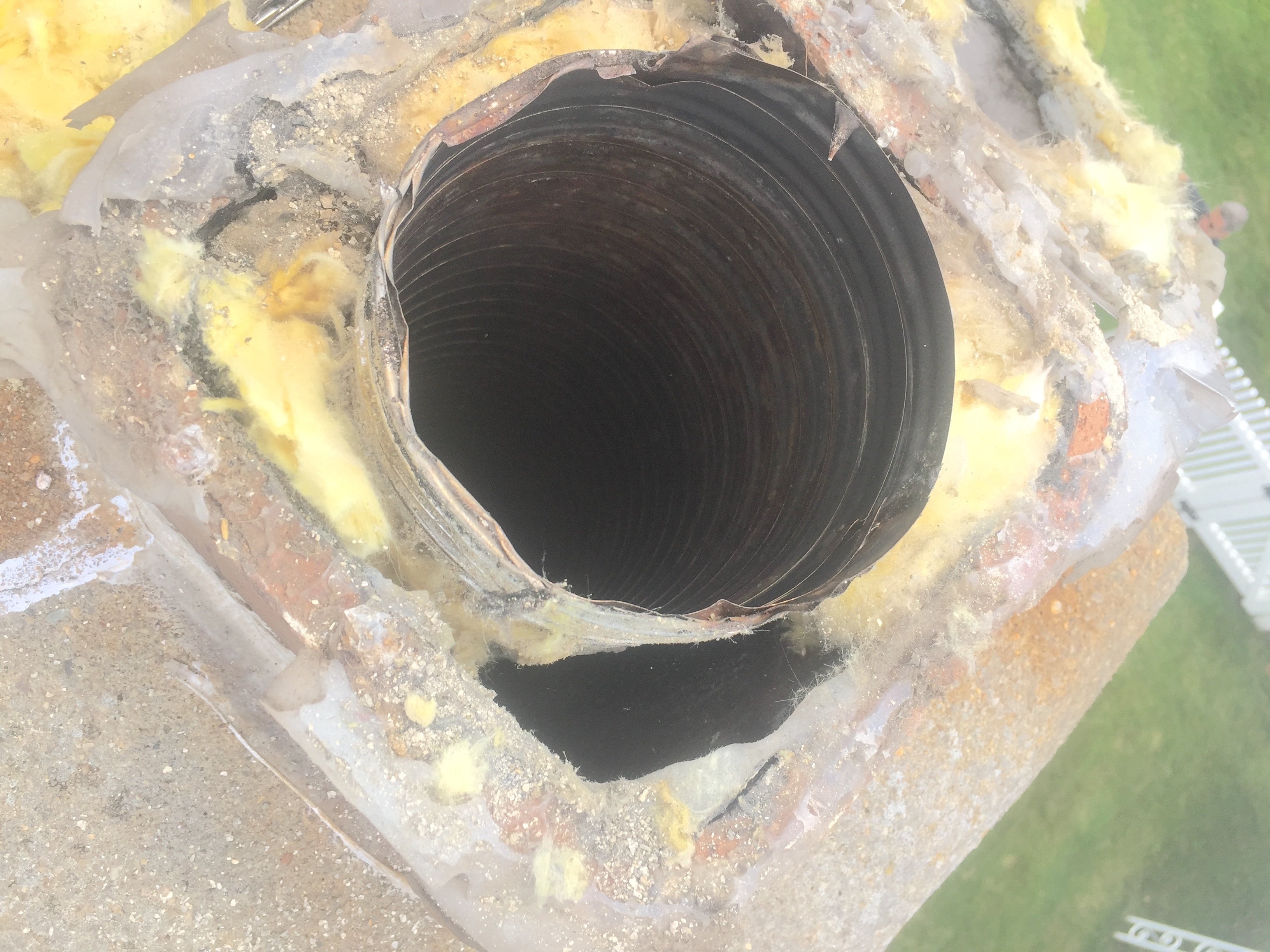 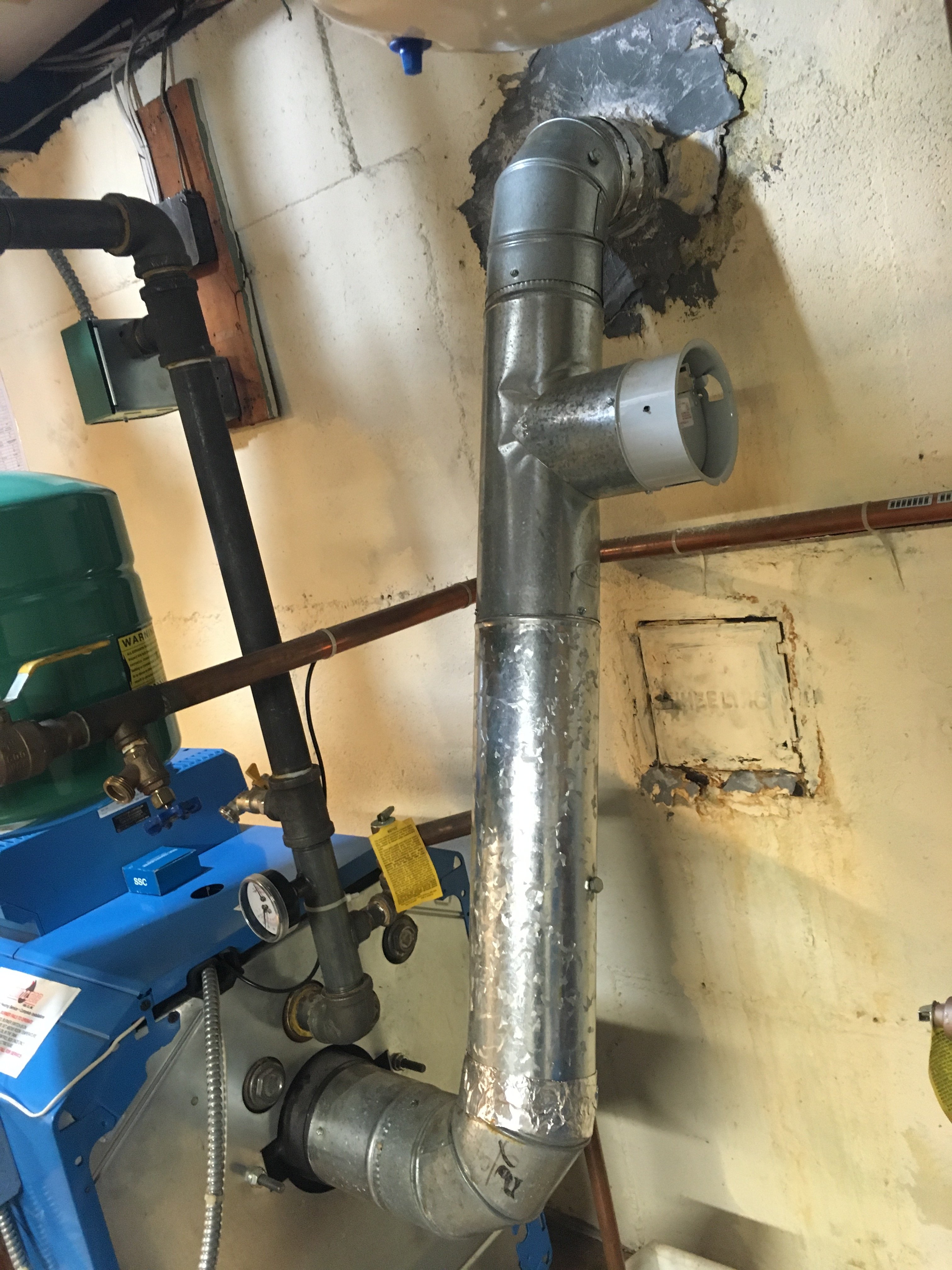