raydoll Member Posts: 23
December 2016 edited December 2016 in Strictly Steam
Hi-
I've been reading the wall for the last month nonstop, thank you for being here. I have learned so much and have a long way to go (waiting for The Lost Art book in the mail)... I would love to hear some opinions about the situation at hand.
One pipe steam, 3 mains feed a total of 14 radiators on 2 floors. All the risers are directly off the mains into
radiators on the second floor. The only vents up there are the radiator vents. .
Background-
Moved into new (old) house in October. There was an 11 year old Burnham steam boiler that we came to find had cracked from being run with an unlined chimney (so they said). I think it was from running high pressure and a bad water feeder, but I still want to investigate this further.
Lined chimney and had new Burnham boiler installed last month. The same one basically because
the piping was already set up to accept that model of boiler is what my oil company installer said. I was under the impression that a heating professional was just that (then I found this website! Cue the doom music)
Boiler installed. Pressure at factory set was sent to 5.5 psi. I said "no that's way too high"
factory rep told my installer that to heat a house this size it needed that much pressure. Also the old boiler was set at 5.5 so maybe that's just what is was supposed to be. I told him to find out for sure. Boo. The radiators upstairs didn't get hot.
While I waited to hear back from him I listened to the godforsaken thing short cycle for an hour and a half... figured out that the thermostat was never set up for a steam system (those poor people who lived here before us must've been miserable) then I got my husband to lower the pressuretrol to 2 and diff to 1. Major improvement but I still felt like it was too high.
Lowered again to 1 and .5 diff. This was ok but then the thing started shaking the house the very next morning when it started up. Hubs shut it off and set it to 1.5 and .75diff not too bad.
Another week passes and the installers come back to skim and look at the pressure. Took them less than 20 mins. I tell them I really need some vents on the mains that are bigger than rad vents, and that I thought skimming would take longer. Well... You can guess how that conversation went I think. The water is clean because they didn't use very many new pipes when they changed out the boiler. Ok fine. But what about the water droplets at the top of the gauge glass?
The next week the thing cut out 3 times because of air in the fuel line so now I have a fancy little tiger loop too.

Questions:
How bad is it?
My main vent ports are only 1/4" and have no riser. Will I benefit at all from adding some Gorton #1's on an adapter?
I burned a tank of oil in 3 weeks. It's a big **** house but can I get any more efficiency?
can the pressure be lower? What should it be?
I feel like the system isn't as it should be- am I wrong?

Thanks!
Here are the pictures 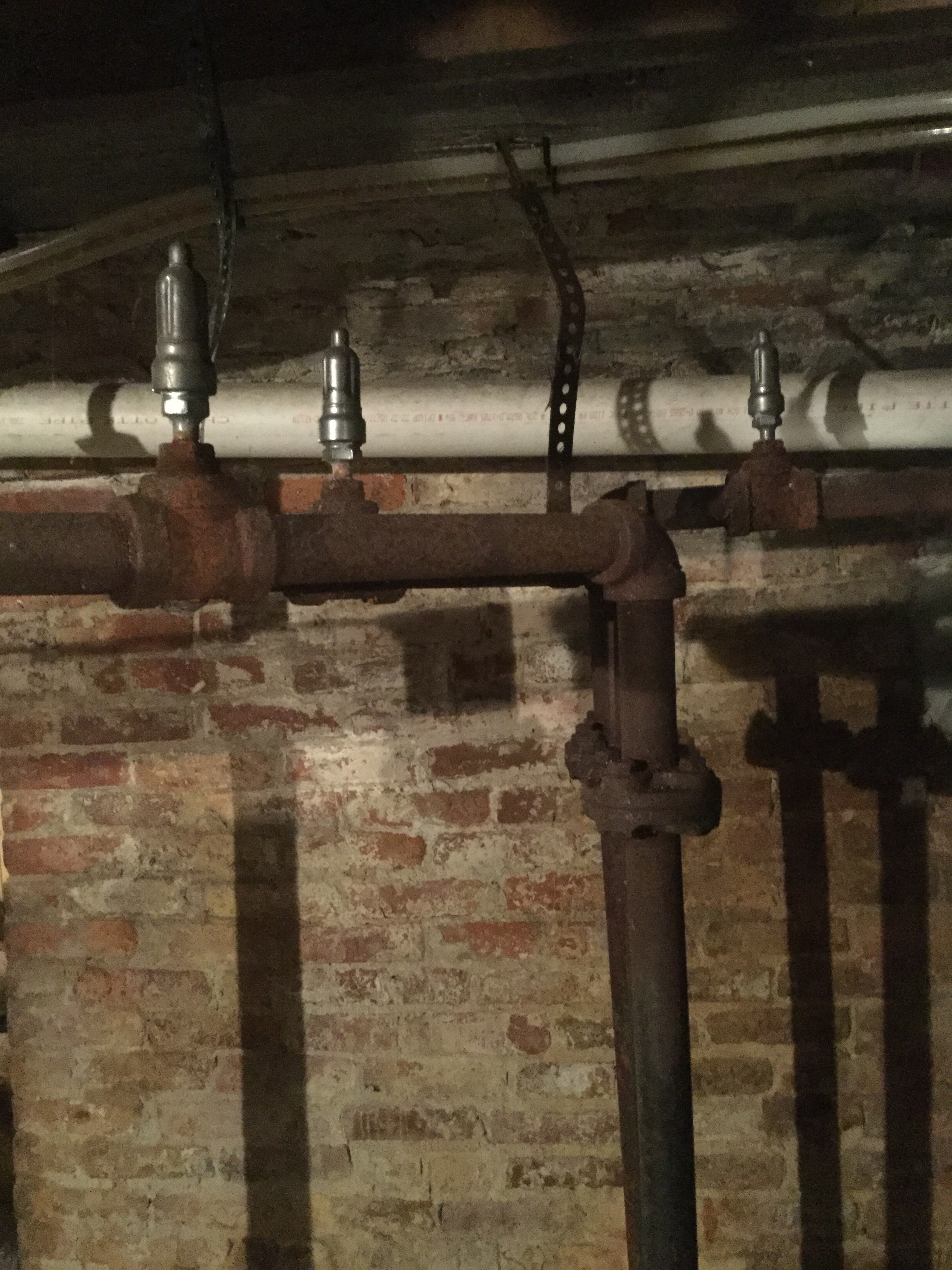 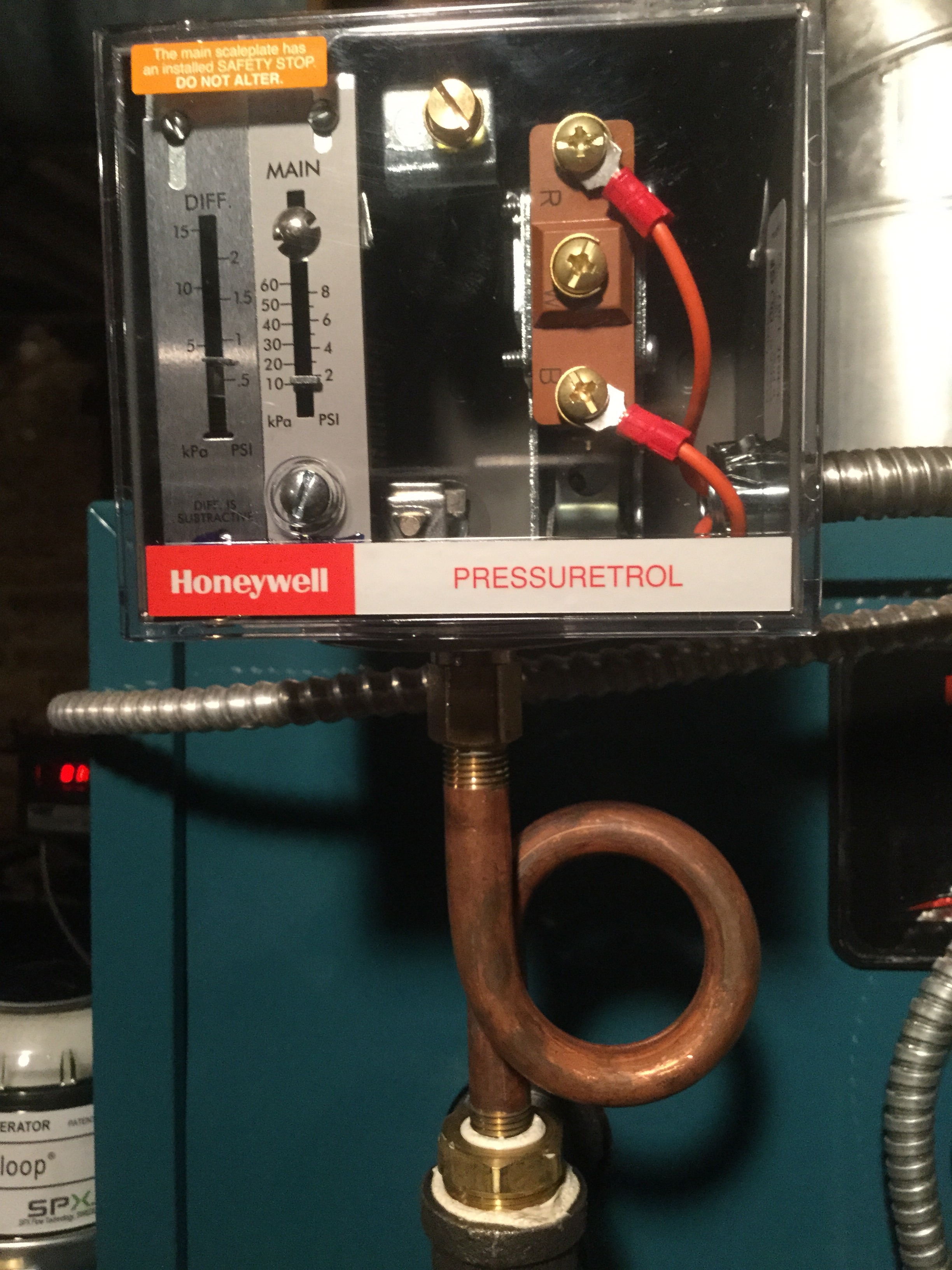 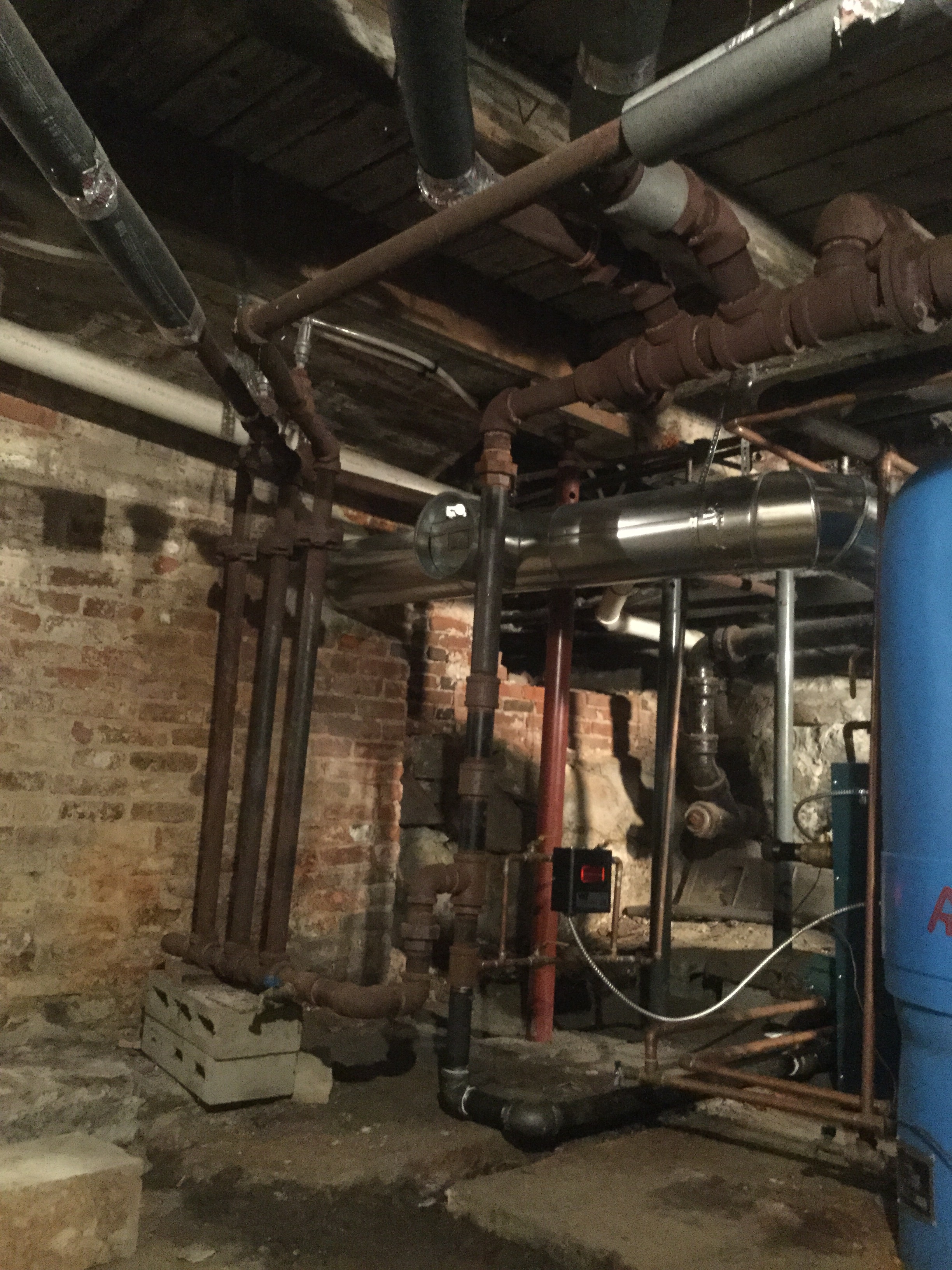 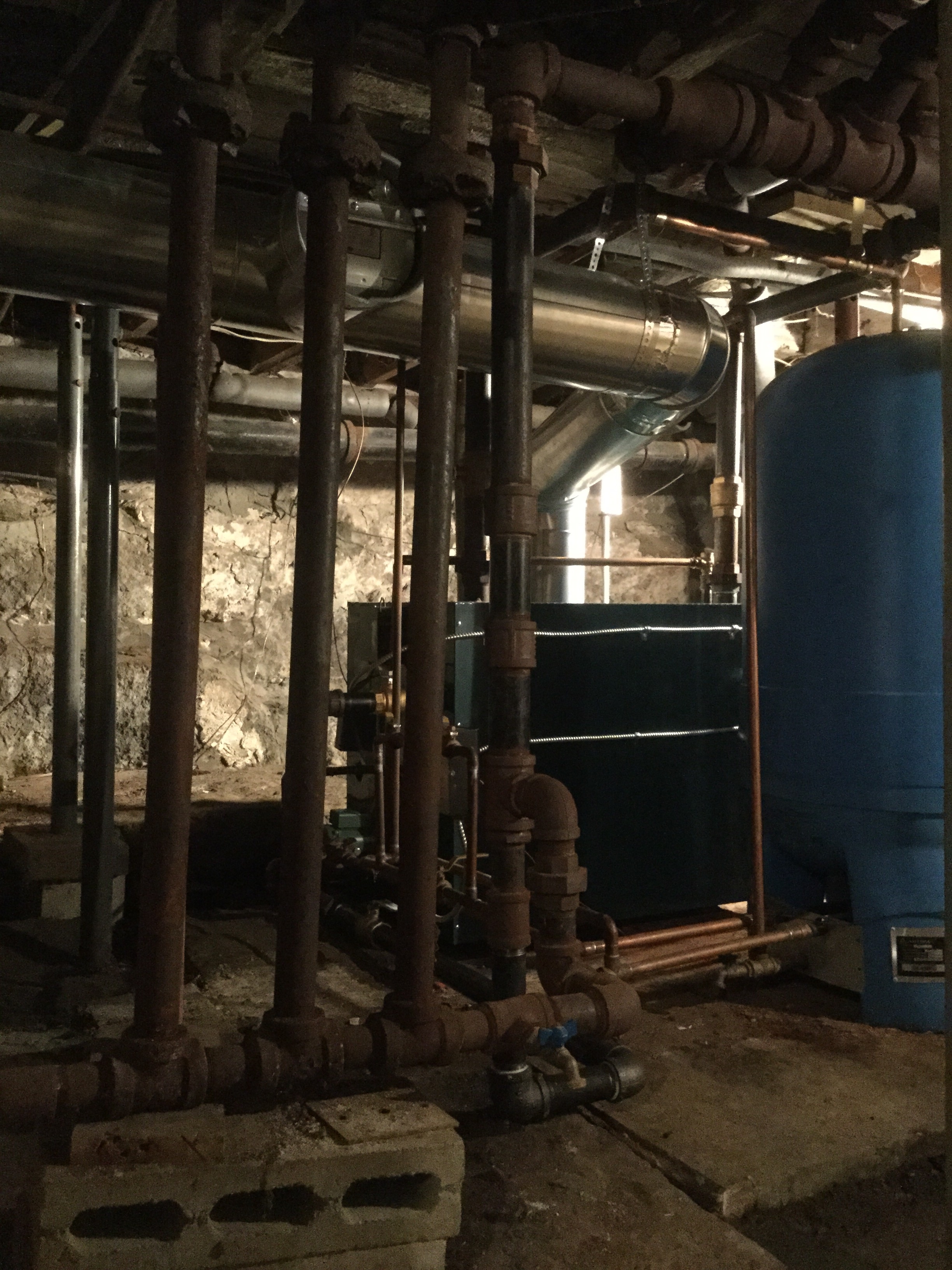 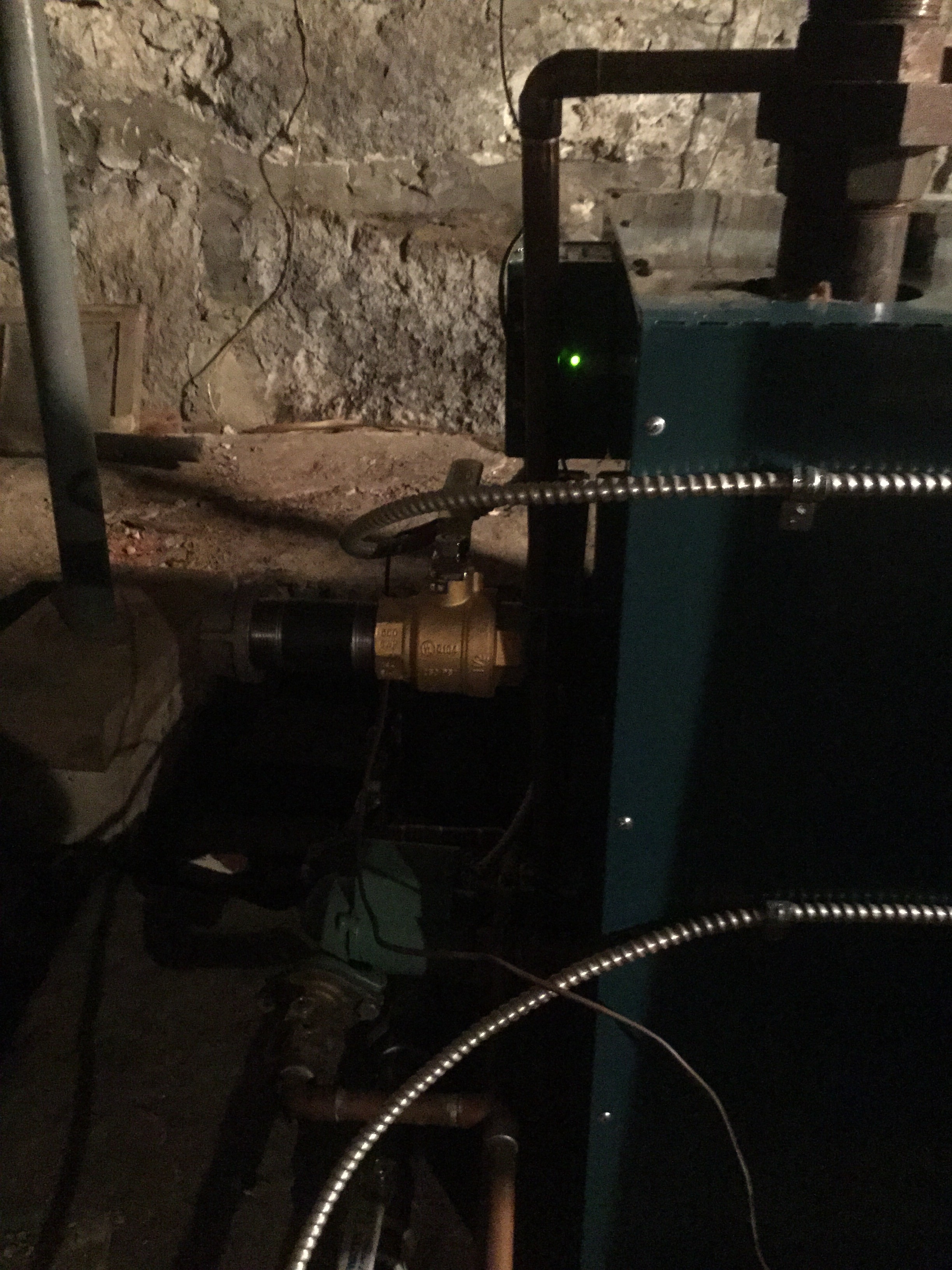 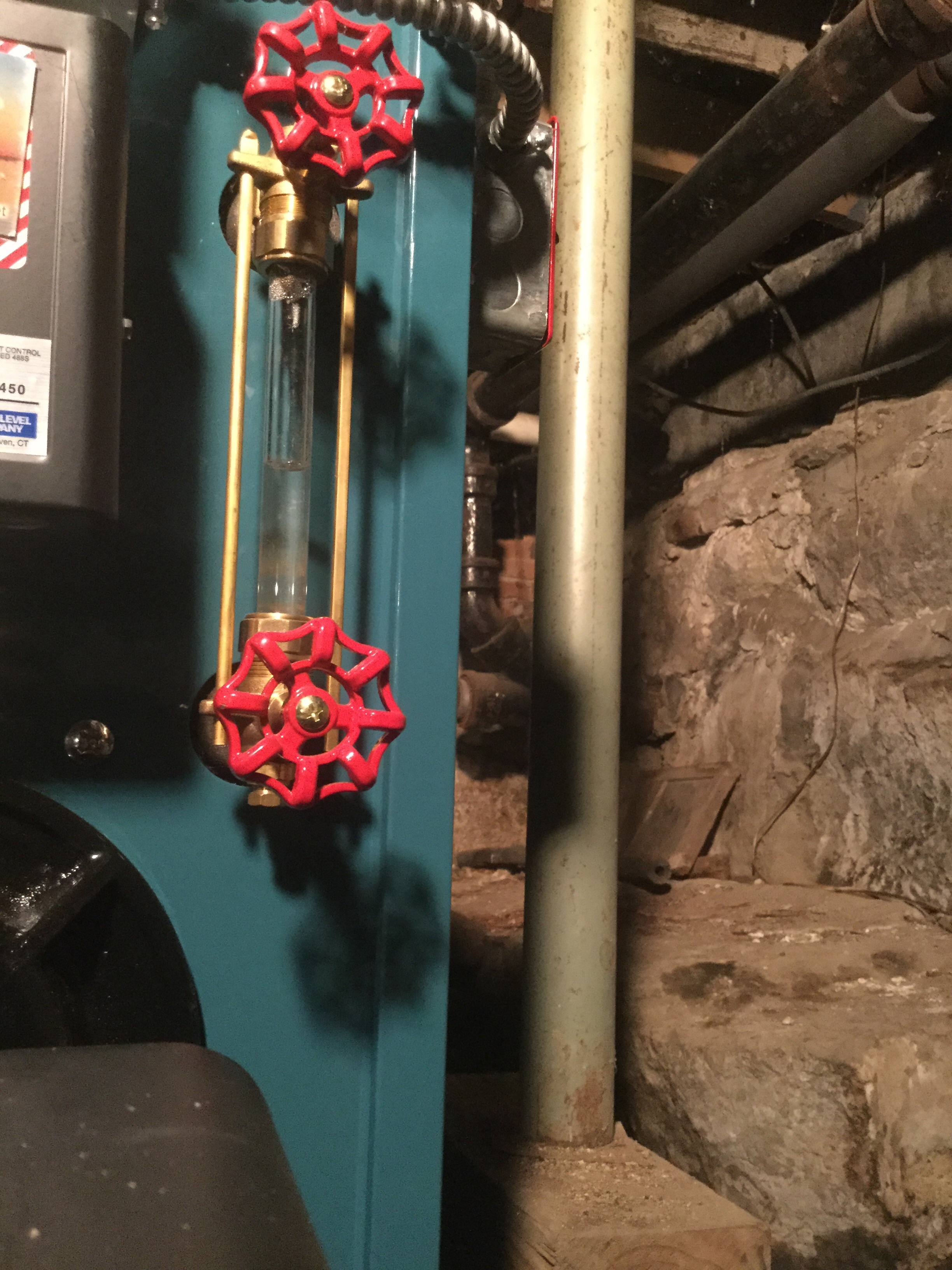