marcusjh Posts: 76Member
November 2016 in Strictly Steam
Hi everyone- I need some thoughts.

I know the boiler needs to be hosed down inside - from what I could tell when I was skimming it a few weeks ago, it looks pretty rusty.

The large plate with the bolts - can-or-should that be removed to wash the inside? The plug in the middle - can/should that be used as a skim port? I skimmed for several hours via the gauge glass port, but the trickle was ridiculously tiny.

I've skimmed, I put two steam master tabs in, but there's still condensate in the glass when it runs.

The new hoffman 1A's that I got last year are all sticking -meaning they aren't draining the water out after they cool down. We have to manually unscrew them, empty them, and replace them. I've drowned them in vinegar, even boiled a few of them in vinegar, but they're still sticking (the metal thingys that stick out of the nipple gets stuck). I'm wondering if I should go with another type of vent (although I like the adjustable ones, but not sure if it's necessary). Also - the steam that is coming out of the radiators smells of heating oil - is that normal? 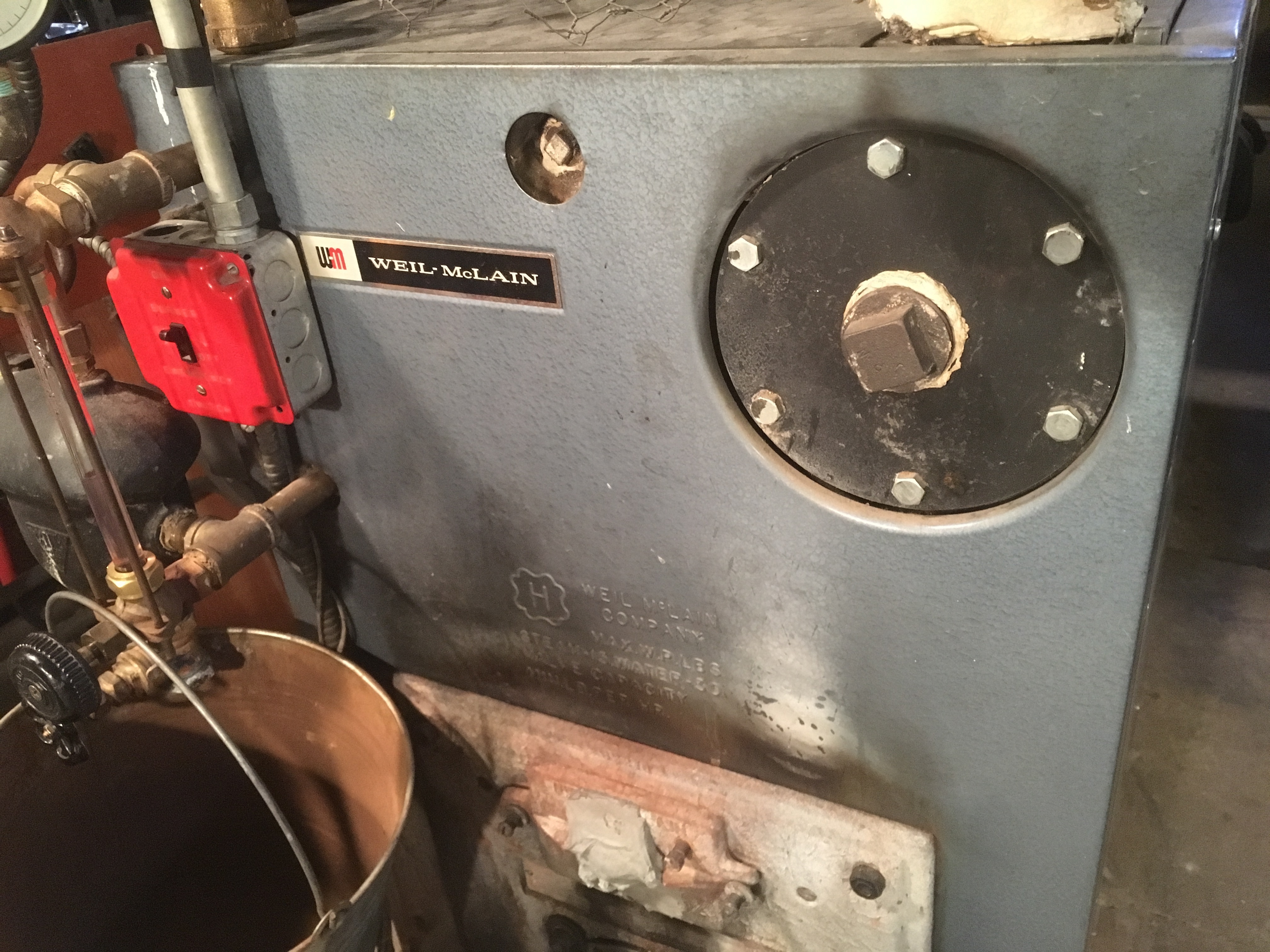