majkaoil Member Posts: 5
April 2016 in Strictly Steam
I have an oil fired steam boiler that has let go and needs replacement. It appears to be a vacuum steam system? that more than likely hasn't worked like designed for years....the quick vent on the bucket trap along with a P404A is telling.
The rads are 2 pipe and untrapped. There is a large bucket trap on the return, but if you look at the pics it appears by-passed and for some time too....
Also there is a second return that goes into the boiler un-trapped but with a check valve...
Here are some pics and my main question is regarding a low water volume boiler into this piping scheme...I think I will end up "owning" all the problems that occur after installation...I could downfire or oversize and downfire....maybe a feed tank?? Help!!! lol... 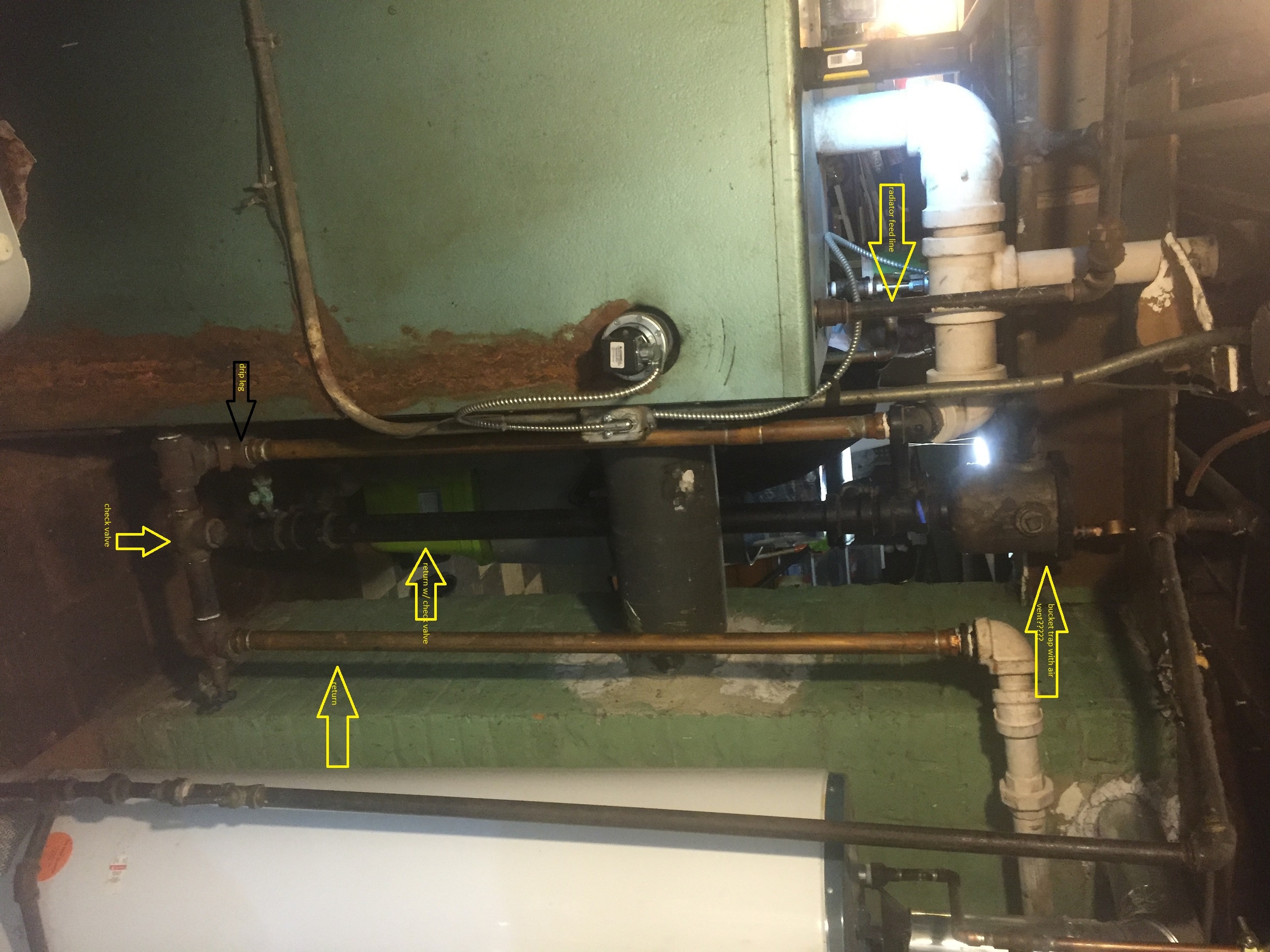 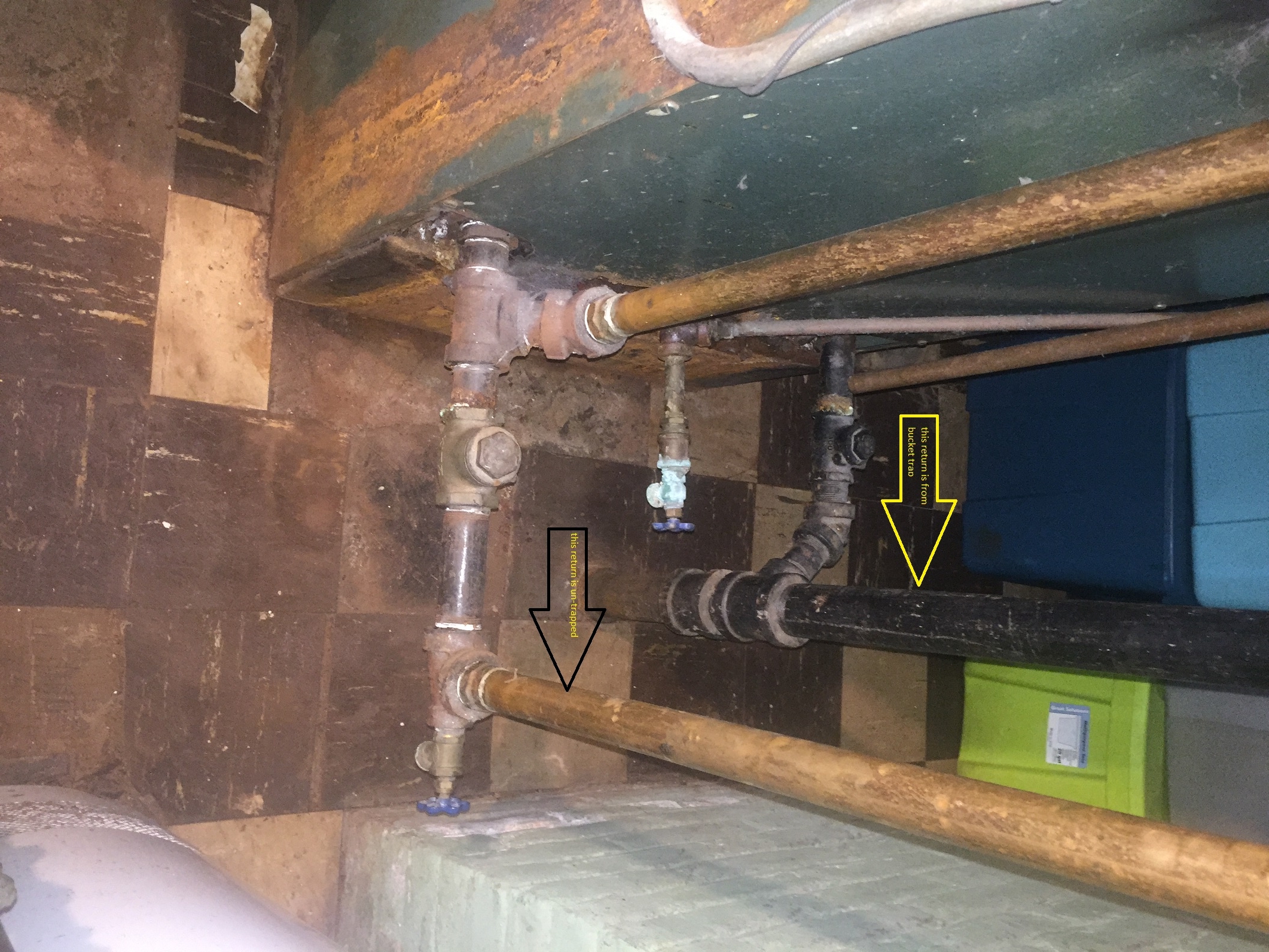 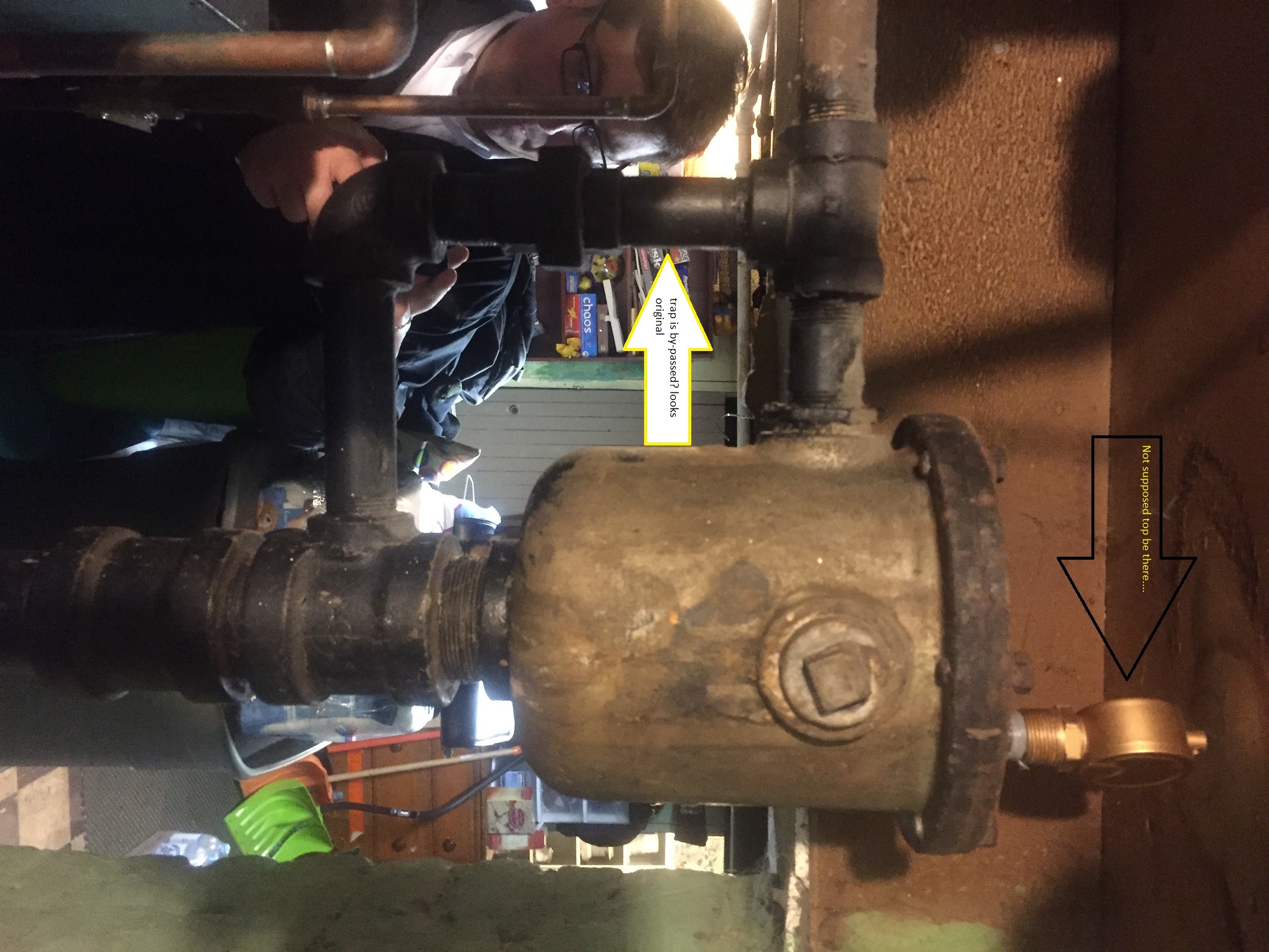