Boiler will not handle more than 3 loops

Long0 Member Posts: 14
January 2016 in Radiant Heating
Good afternoon,
2 summers ago I built a 48x44 garage to replace the old garage I had that collapsed the previous February. With the advice of numerous plumber friends from jobsites (I’m an electrician) I installed 1/2 pex on 12" centers throughout the slab and 6" centers within 6' of door openings with 2" blue board below. I have 2 manifolds with 4 loops on each manifold and 1" pex connecting the 2 manifolds. Additionally, I have another 1" loop that is for a future exterior apron. The apron loop is currently not connected to the system.
This fall I had a plumber buddy come up and install my boiler. It's a WM GV6 that I purchased from another contractor that removed it from a high end residence near Aspen. He sold it to the customer new and serviced the unit for the 5 or so years it was in service. All was well when removed.
The boiler fires fine and comes up to temperature without issue. The problem arises when I add more than 1 loops to the system. I should mention since this is an open shop, I kept it simple with only 1 zone controlled via 1 t-stat. I have a Taco multi speed circ pump on the supply side prior to going to the manifold. When adding more than 1 loop, boiler temp drops and my return goes cold. I thought it might be an issue of cold glycl/water so I let it run for 60 hrs with 4 loops with no change. This told us we have an issue with the boiler. Purchased a new controller, primary circ pump and a sensor (maybe return temp??) with no change. High temp cutoff is running about 200.
This was all around November or so. I was slammed during December with work so no troubleshooting happened again until a week or so ago. I dove back into this thing and came up with the following:
- When I add more than 1 loop, the primary pump on the boiler drops out. I know this as I put an amp probe on the pump. With all loops off, pump pulls 7.8amp (rated at 8amps). With more than 1, it drops to less than 1/2amp. Secondary pump does the exact opposite. Less than 1/2amp with no loops on the system, then just over 7.5amps with more than 1 on.
- When I connect 120v directly to the primary pump (bypass the controller), I can run 3 loops without the return turning cold. I have been running it this way for a couple weeks just to keep the shop at a decent temp inside.
Any in-site you could provide me would be greatly appreciated. I have attached a few pictures for reference.
Thank you - Andy 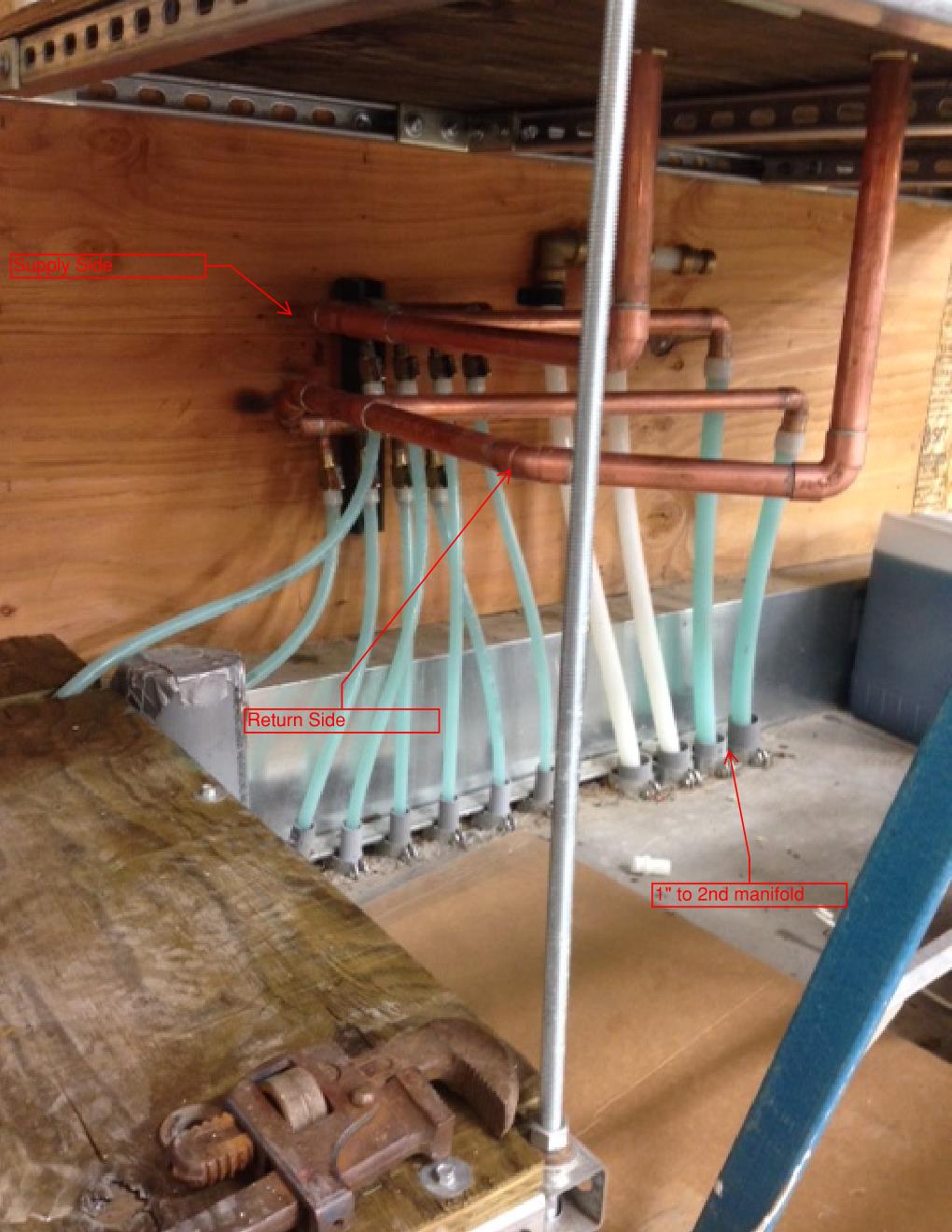 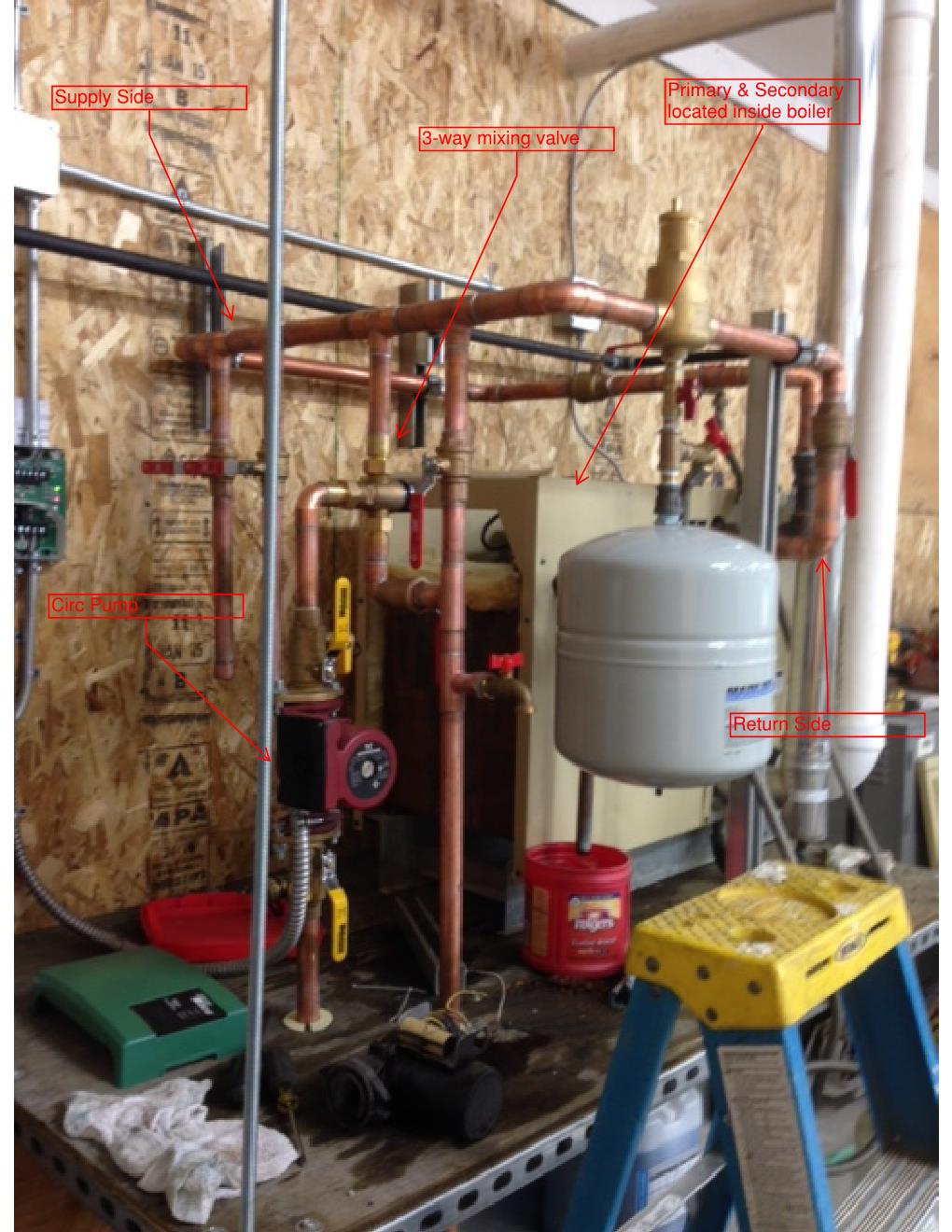 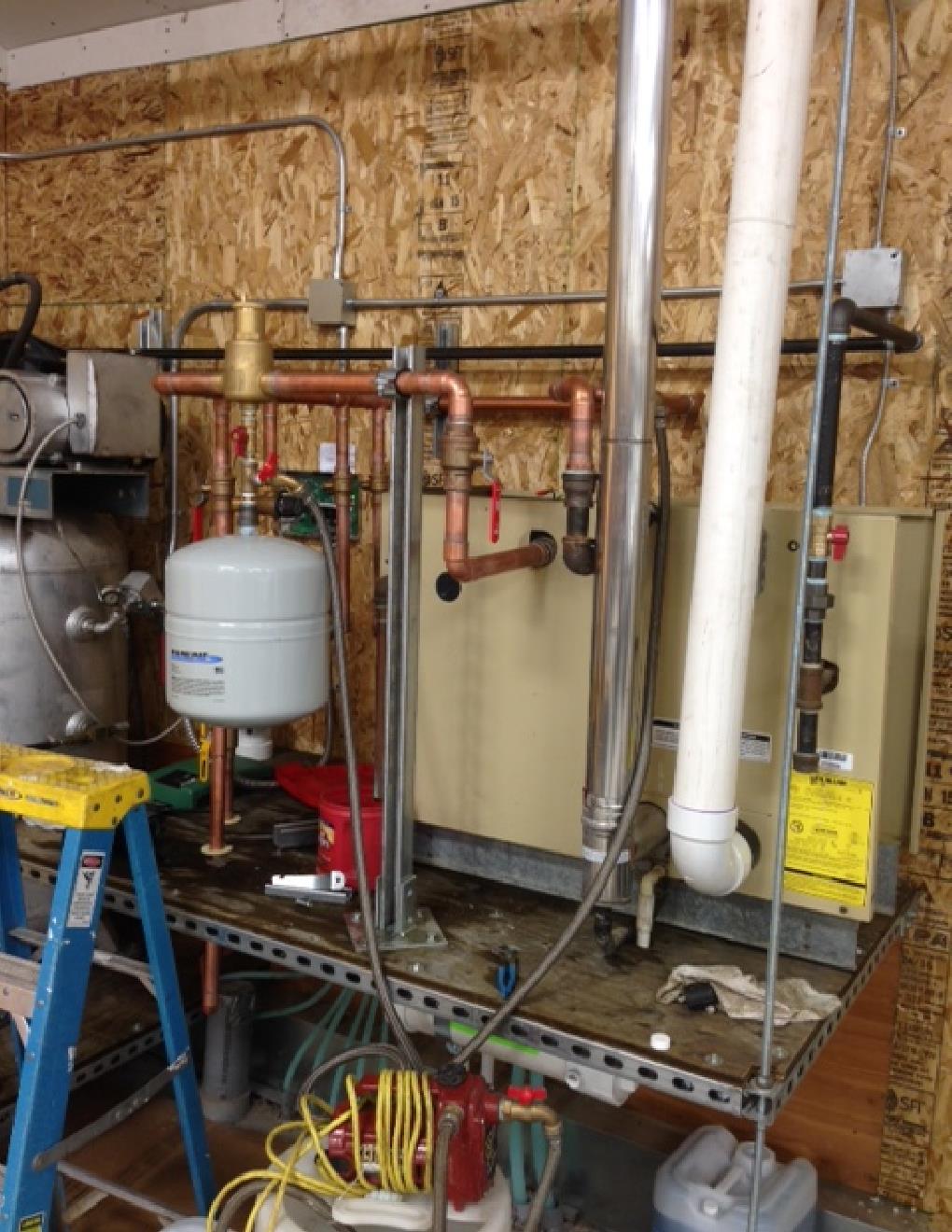 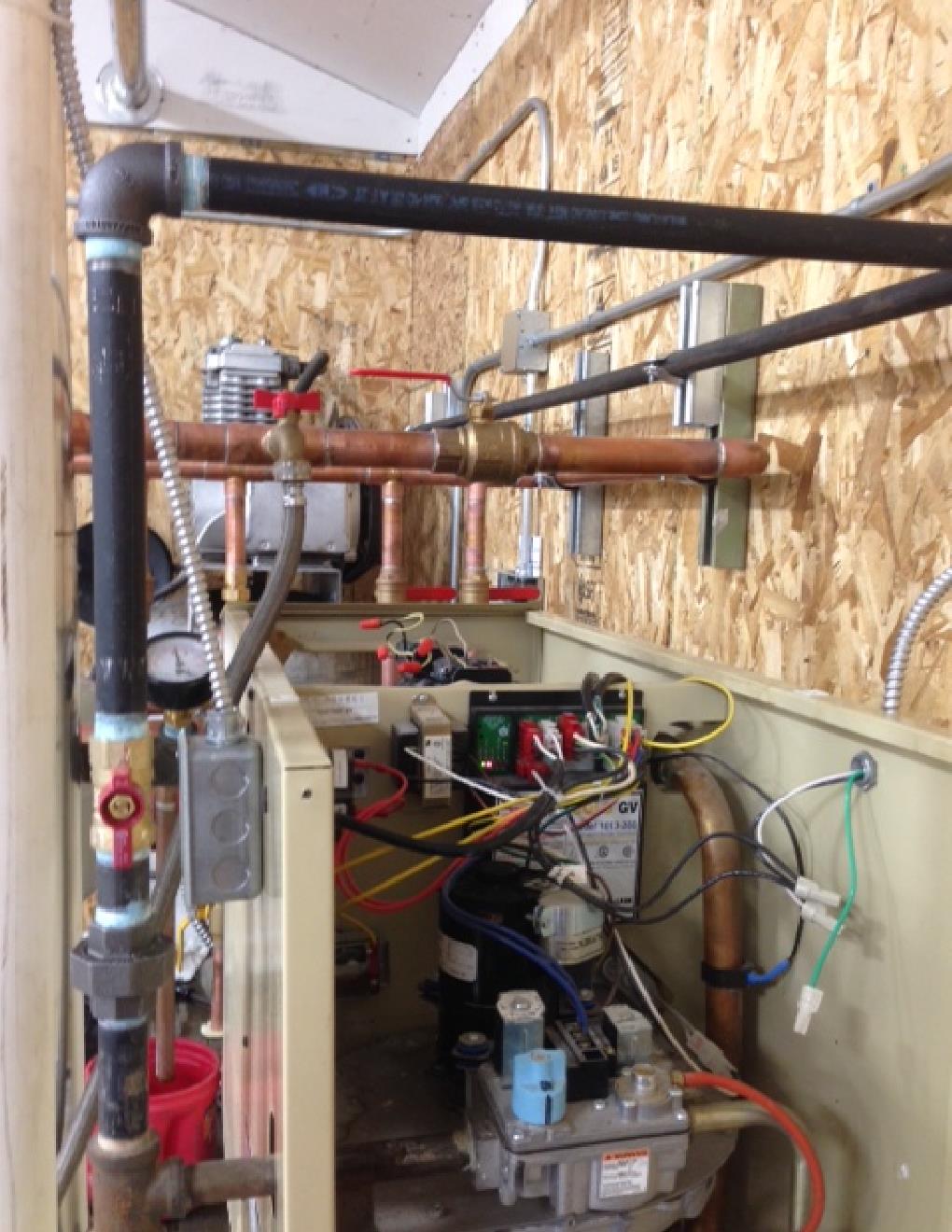