dhw_probs Member Posts: 26
March 2015 edited March 2015 in Gas Heating
Lochinvar Cadet 120 system installed one week ago, used "tankless" for DHW, photo below. The set point is 175, and 135 for the domestic hot water. When I turn on a hot water tap, the system fires at near 100%, and the allowed 55-degree differential between inlet & outlet is quickly exceeded. It initially takes long enough that I get about 30 seconds of hot water from the tap, about 110 degrees, before the system firing cuts off and the water goes cold. After this the system will cycle on/off firing in roughly 30 second cycles, 5-10 seconds firing, 15 -20 second off, never getting the DHW temp much above 80 to 90 degrees.

My installer has spent about 8 hours investigating here, but is unsure of the problem.

For my part, I can see in the manual that it says "If during operation of the boiler the outlet water temperature is rising too quickly, the control will reduce the firing rate to its lowest setting." But this doesn't seem to happen: firing is near 100% until the temperature difference is too great and it shuts off completely. It's clear that the temperature differential is the immediate cause, but I on't know if that's because the system should be firing lower, or the plumbing is wrong and not allowing enough flow to the intake during DHW, or something else.

Thanks for any insight you can give.
EDIT: New information. If I turn the heat OFF completely at the thermostat, this problem seems to subside a bit, especially if I then open the tap gradually. 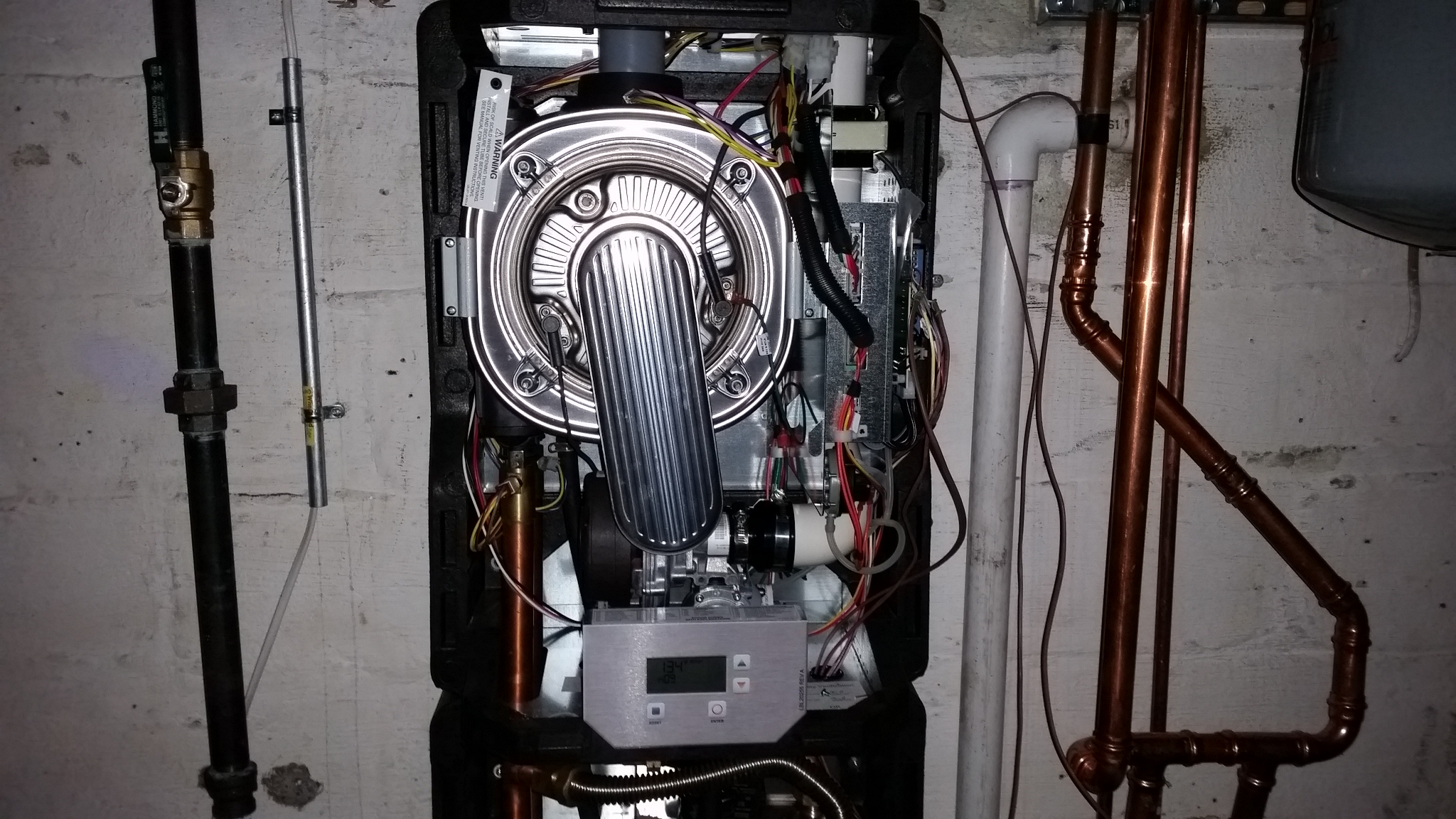 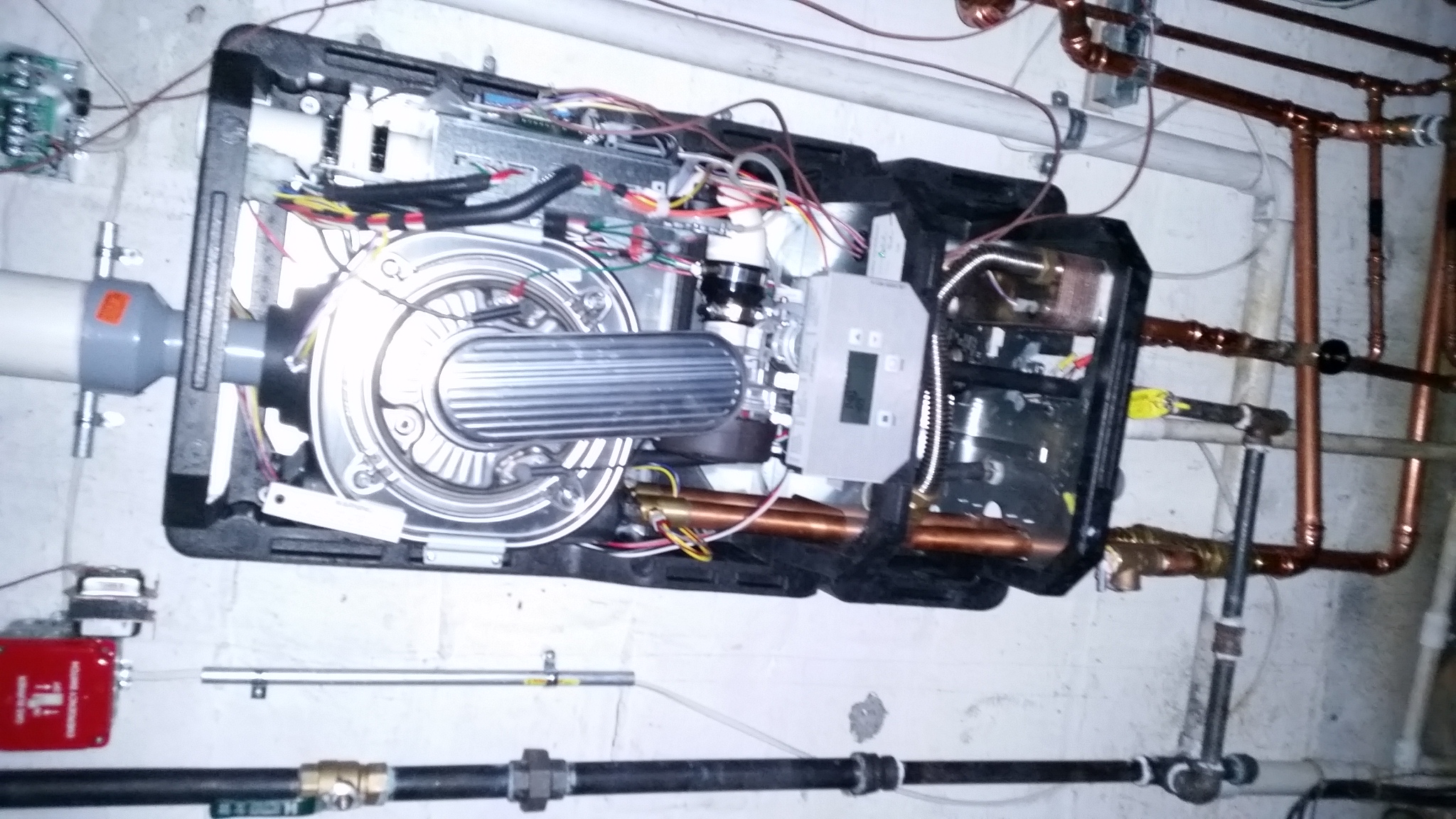 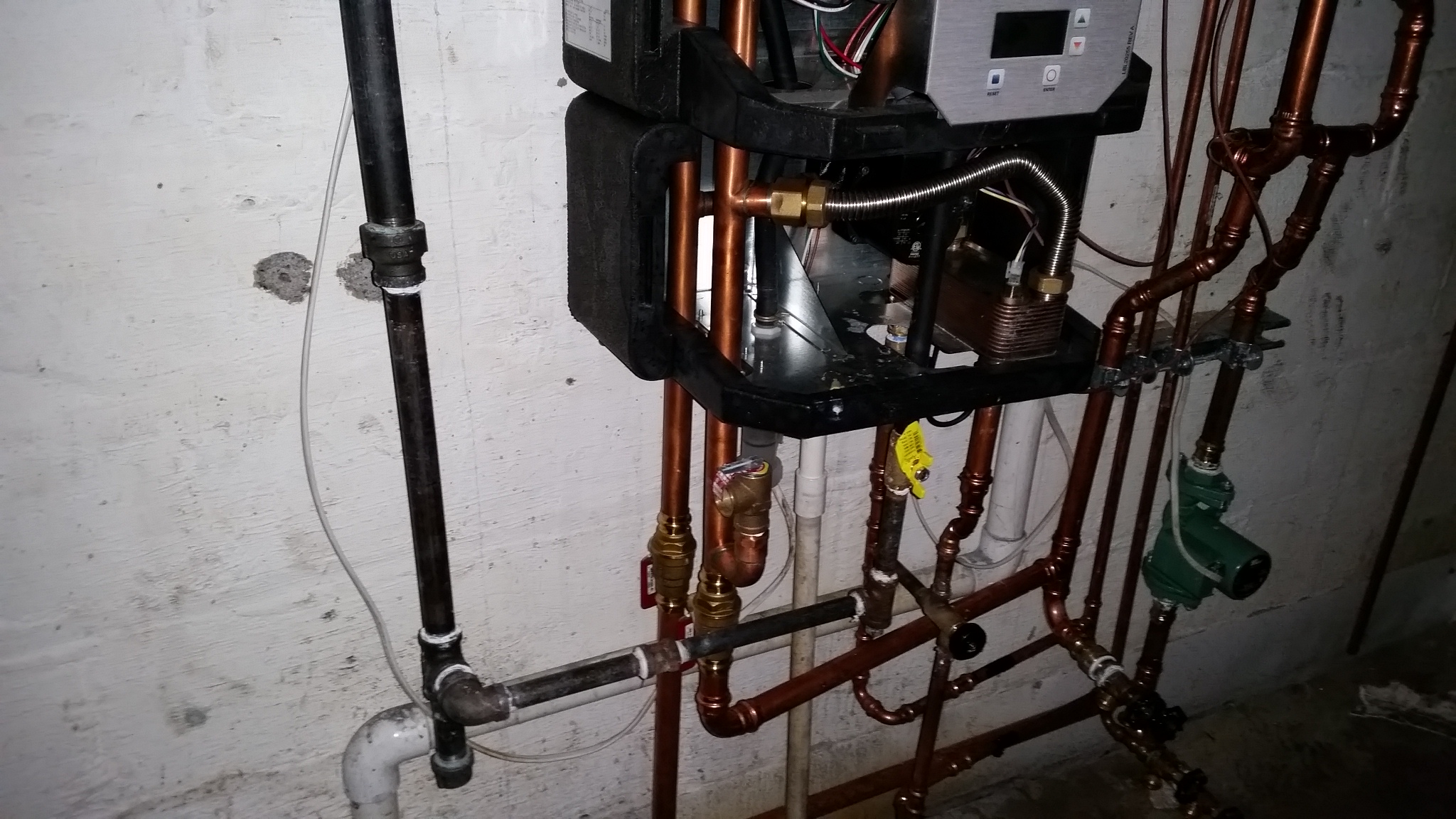 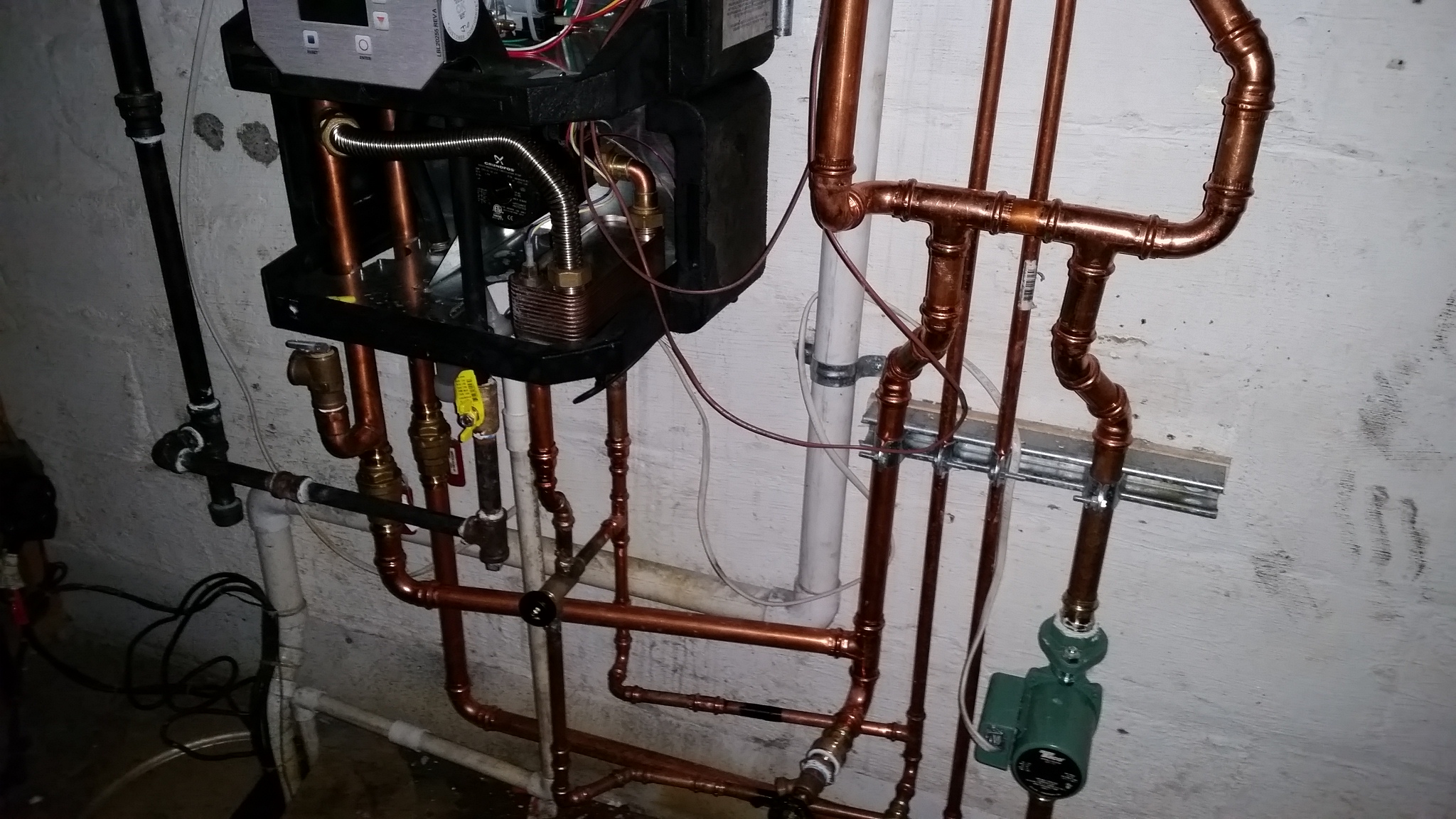