This one bothered me the other day......my (apprentice) service tech was replacing two blowers in a wood stove insert, and asked if he could use one rheostat for both fans. My gut said "yes as long as the amperage of both motors was below the rating of the rheostat" but I couldn't tell him how to wire it. My first thought was a series loop with the rheo in between the two motors (L1 into one of the motors, the other lead from that motor going to the first wire on the rheo, and the second wire from the rheo going to the second motor, and the second lead on the second motor going to L2 (neutral). Something told me not to tell him that but I'm not sure why. My brain smoked a little and I ended up telling him to install a rheo on each fan just to be safe.
The other possibility would have been to hook them in parallel like the drawing below. Which is the "right" way? 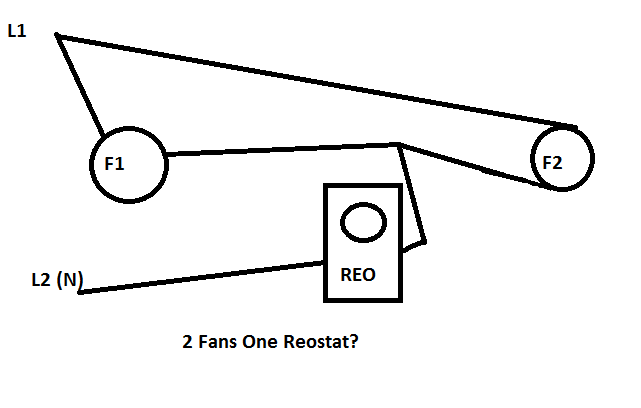