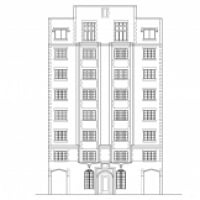 ChicagoCooperator Member Posts: 329
October 2014 in Strictly Steam
I'll try to keep this short and, hopefully, sweet. My building has the original Heggie-Simplex boiler from 1926 (originally oil fired, gas conversion in '71 and new burner in '04 iirc). Last winter we had problems with the burner cutting out which our boiler guy finally traced to a faulty computer part/electronics module. Once that was replaced the problem was fixed and no more running down to restart the burner.

So on to this heating season. Twice, so far, the controller (heat-timer, from '04 I think) has essentially cut out for lack of a better term, in that it wasn't calling for heat when clearly the interior temperatures were falling. Each time it's been solved by switching over to "summer" and back to "winter" at which point the system recognizes the call for heat and kicks on and we're good to go. The first time I noticed it I thought I heard a beeping but at the time thought it was the end of the dryer cycle in the laundry room. The response from the boiler guy was "its an old boiler, it's ok" about the switch (I suspect that the property manager misunderstood what I told her - this is what she told me). I'm beginning to suspect, though, that the heat-timer system may be nearing the end of it's life or has been poorly maintained or damaged (it's not really correct for us anyways, since it was ordered with the hourly rather than half-hourly setting - our system is primarily convectors, 100% originally). Has anybody had these issues before? For the moment I can live with it, but it'll have to be addressed at some point, though I want to deal with other aspects first, such as getting rid of the one-pipe radiators, improperly sized radiators, etc.

The other issue is a small, but seemingly consistent leak from the blow down valve. I haven't gotten a handle on it this season, but last year it would fill an average sized bucket/pail (typical what, two gallon galvanized) once a day, I don't think it's that bad this year. Our boiler guy said it wasn't a bad leak, but I don't think it should be leaking at all - correct?