Albany Chris Member Posts: 33
December 2019 edited January 5 in THE MAIN WALL
I was just at one of my rental properties for an unrelated problem and smelled a strong combustion smell in the basement. I felt the warm combustion gasses spilling out of the front of one of the two boilers and when I removed the front panel saw flames slightly licking up the front panel of the boiler with heavy soot deposits there.

The other boiler seems to be drafting fine.

The boiler is a Pennco of indeterminate age. Both boilers exhaust into the same flue. I shut off the boiler for the night. I am a landlord and have installed many boilers and troubleshoot them. I know more than most landlords but much less than you guys.

Can I clean off the heavy deposits to restore the airflow?
Suggested cleaning technique?
What could be causing this massive buildup of Carbon or whatever on the boiler sections ?
Is the buildup behind the air shutters in the boiler tubes from exhaust gas being pulled into the boiler tubes?

Thanks for your help, I need to get their heat back up tomorrow if possible. 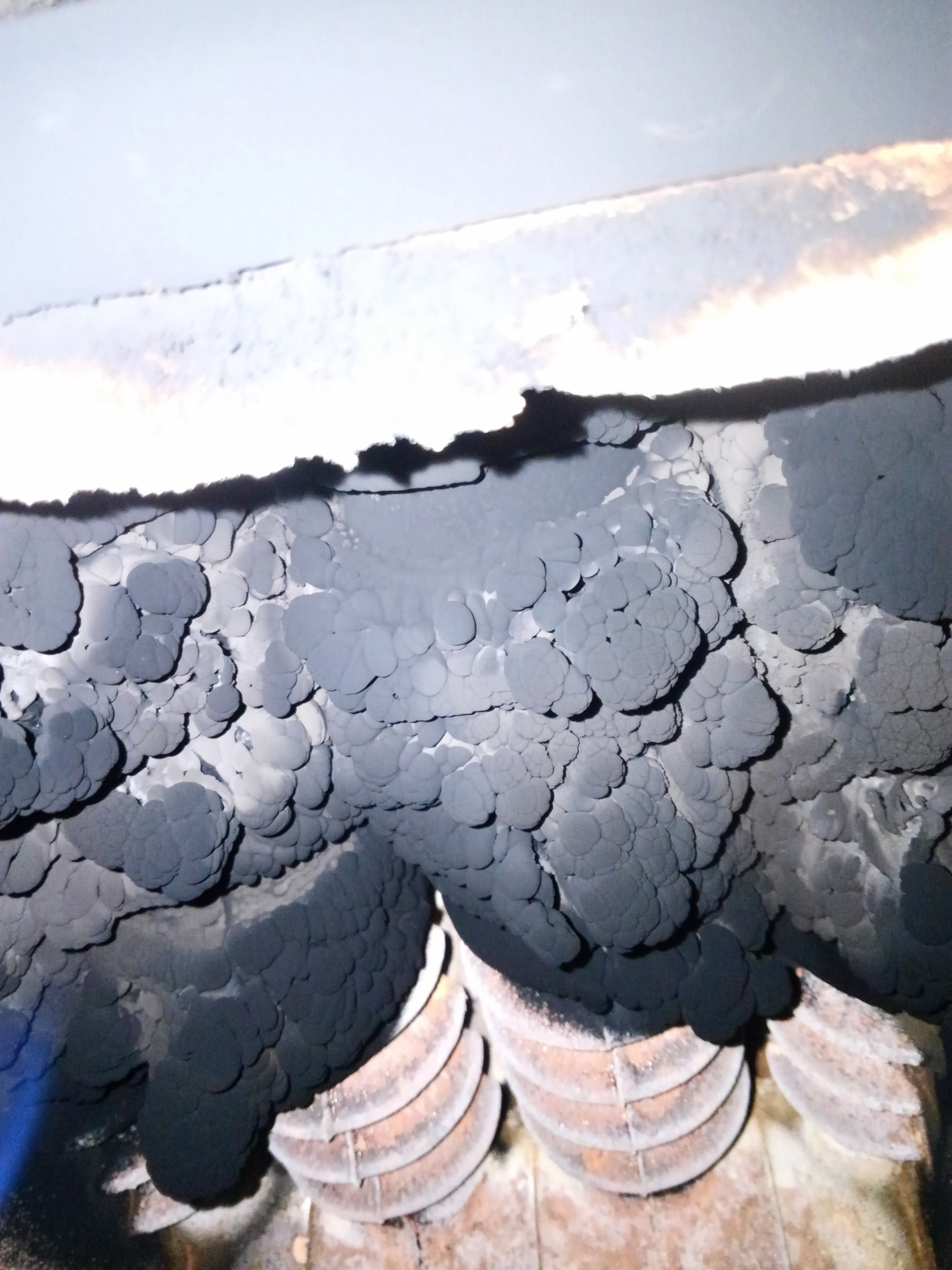 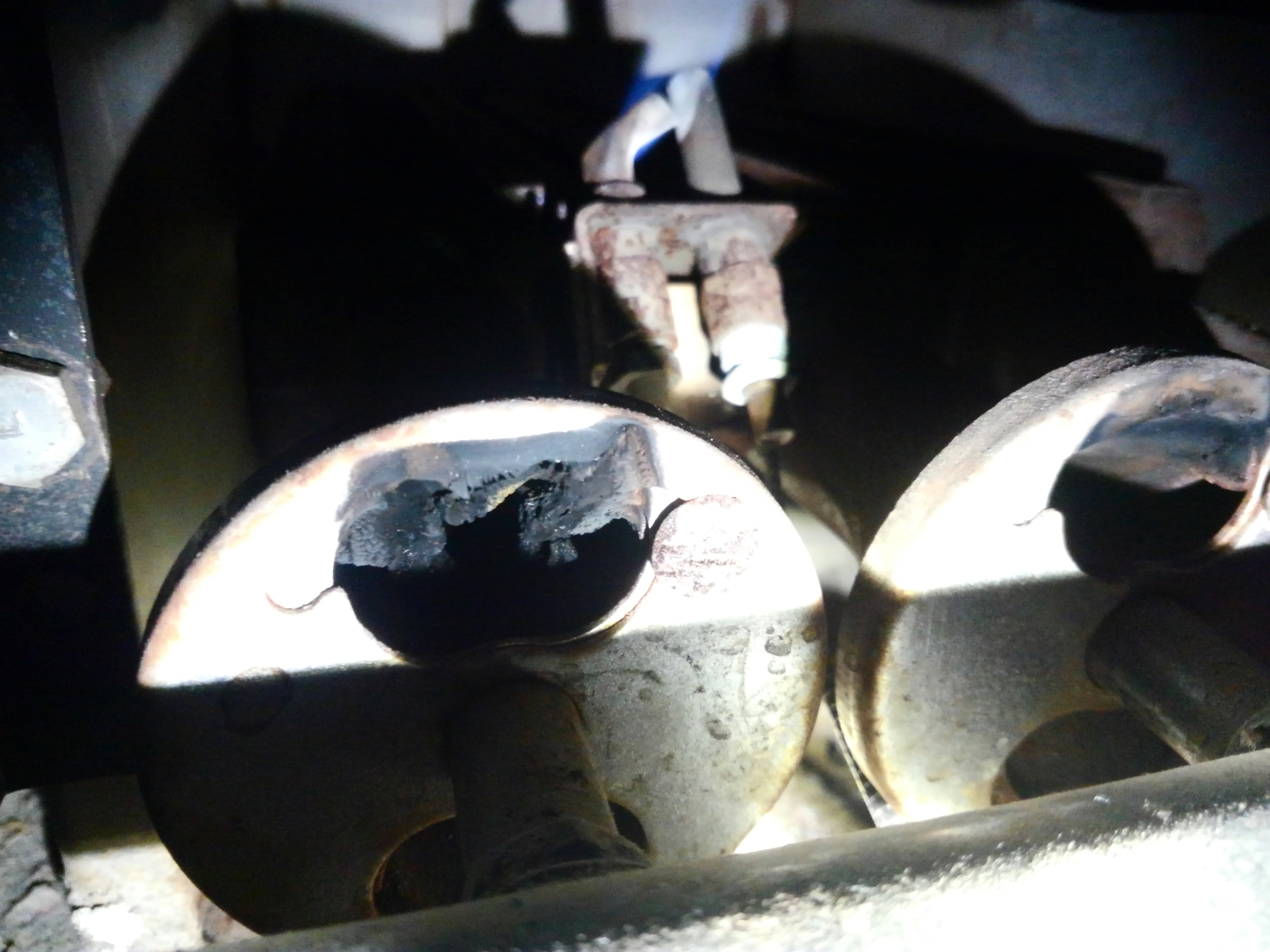 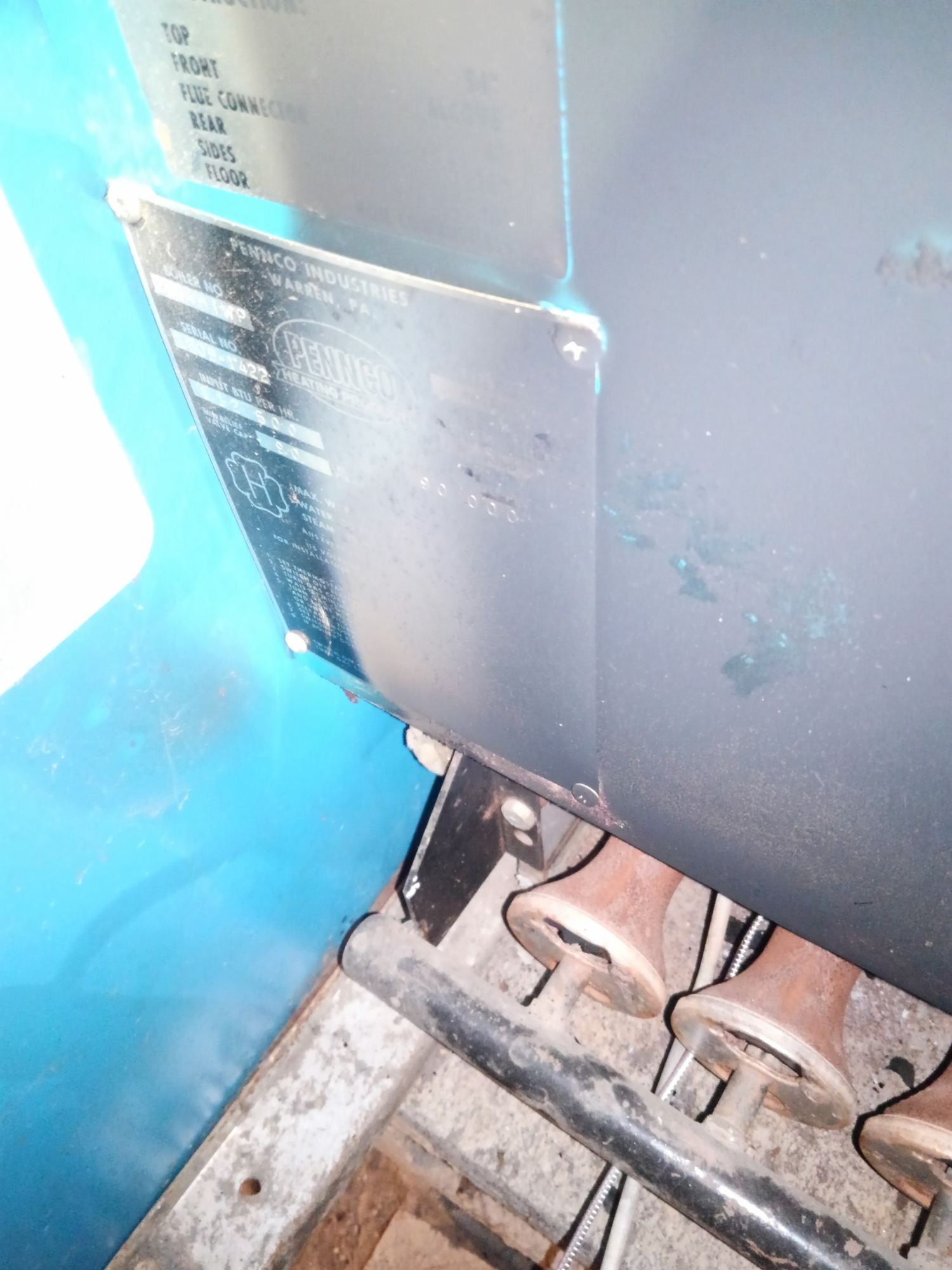